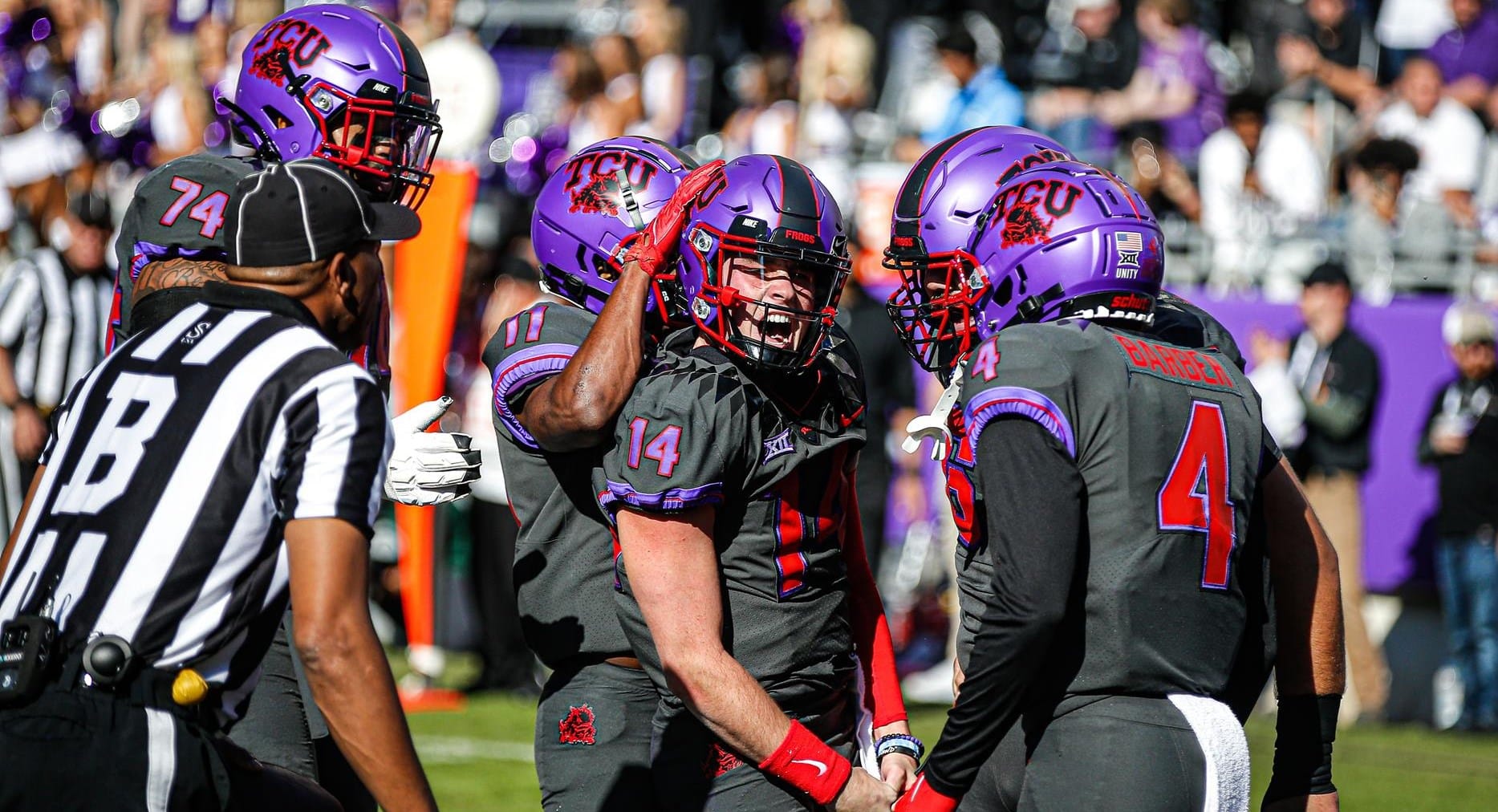 Chandler Morris and Taye Barber celebrate with teammates during a win in 2021 (TCU football).

Sure, they might have had Air Raid coaches calling plays since 2014, but the offense hasn’t truly resembled Hal Mumme’s brain child in at least four seasons. Instead, the Frogs’ offense has been a listless run-heavy ship with a smattering of wayward deep passes.

Talent, namely Quentin Johnston, Kendre Miller and Zach Evans, masked some of TCU’s issues last season well enough for them to wind up sixth in passing Expected Points Added (EPA) and 29th in rushing EPA last season. The deficiencies still came through, though. The offensive line struggled mightily, receivers not named Johnston struggled to get open at times, and defenses cheated toward minimizing the impact of Miller and Evans, forcing the Frogs to become one-dimensional.

In the year of our Lord 2022, though, coach Sonny Dykes and offensive coordinator Garrett Riley have a plan to utilize the abundance of talent on the roster to put points on the board in bunches.