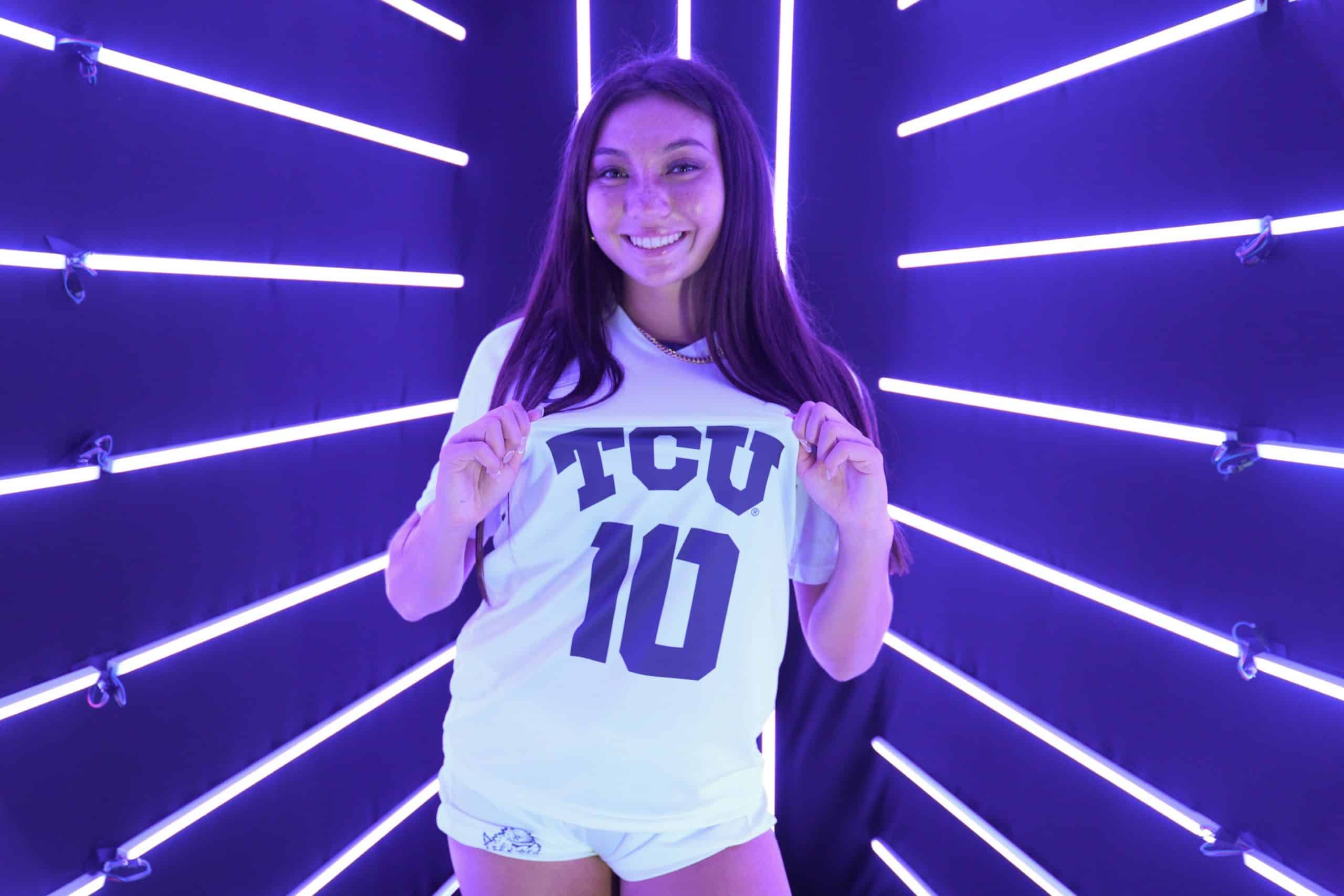 By Jamie PlunkettSeptember 13, 2022No Comments

Freshman Tyler Isgrig earned Big 12 Freshman of the Week honors for her efforts over the weekend (TCU Soccer).

Two TCU women’s soccer players were honored Tuesday by the Big 12 Conference  their play over the weekend.

Freshman Tyler Isgrig was named Big 12 Freshman of the Week after having an active role in four of the five goals scored for the Frogs over the weekend. Isgrig scored the game-tying goal Thursday against Texas A&M in the 39th minute, and scored two goals and notched an assist Sunday during TCU’s 3-0 win over Texas State.

Isgrig is currently tied for first in the Big 12 in goals scored (5) and second in total points (12).

Olivia Hasler received Big 12 Defensive Player of the Week as she helped the Frogs hand the Aggies their first loss of the season, before helping hold Texas State to zero shots on goal in a dominant shutout performance.

The Frogs are currently 5-2-1 overall as they prepare to host Harvard on Saturday in their final non-conference game.