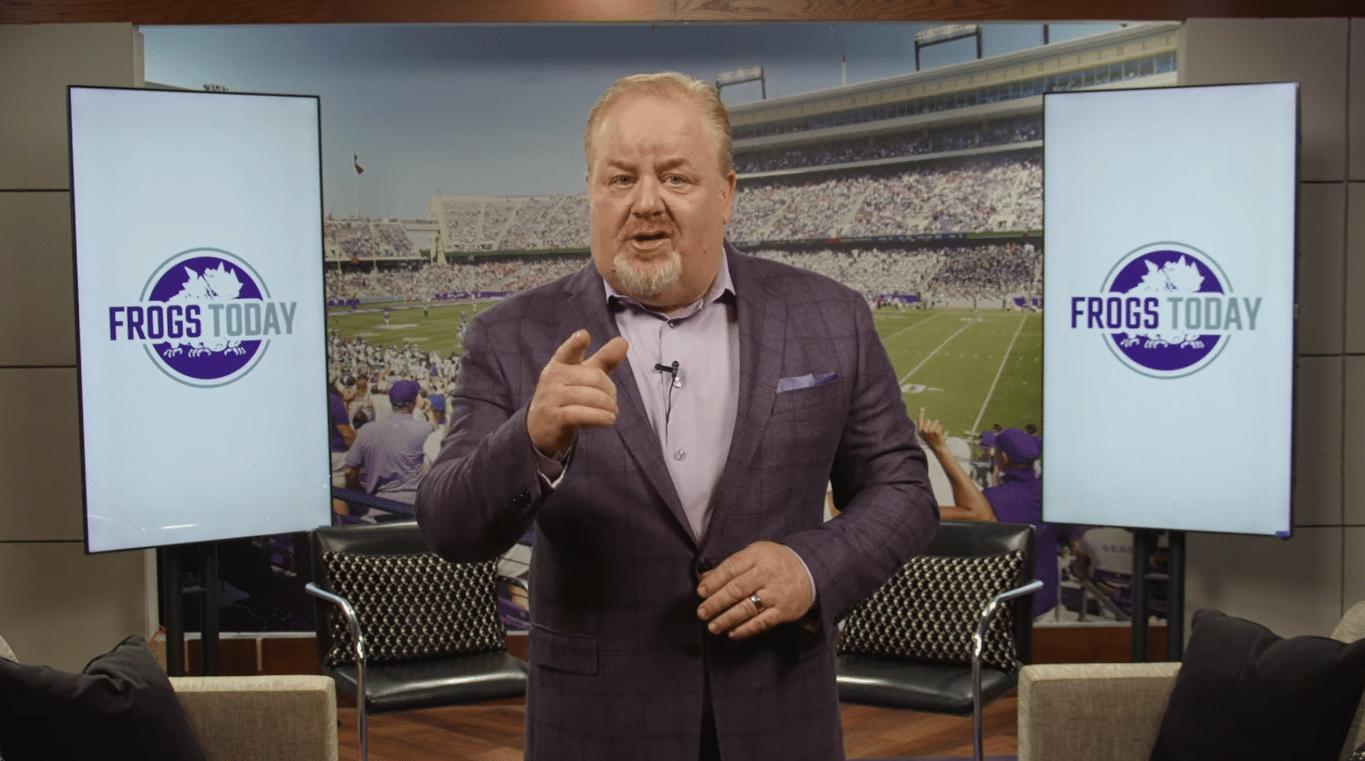 Welcome to the Frogs Today show with Brian Estridge on YouTube

FORT WORTH — A new feature from Frogs Today launched Thursday afternoon, when the new Frogs Today show with Brian Estridge debuted on our YouTube channel.

There is a lot of positive momentum around the TCU athletic department, and not just with the men’s team’s appearance in the NCAA Tournament. The men’s tennis team and the women’s rifle team recently won national championships, and the beach volleyball team is ranked No. 2 in the country.

But the basketball team is stealing the spotlight. The Horned Frogs play Seton Hall on Friday night in San Diego, and a win would like pit the ninth-seeded Frogs against South Region No. 1 seed Arizona.

Momentum will build next week with the football team, which starts spring practices Tuesday morning. Dykes is looking forward to see how well players have adapted to the new offense and defense that have been installed, and to continue the evaluation process of the roster.

Also, stick around to hear Brian and and Frogs Today senior writer Jeff Wilson preview the NCAA Tournament matchup and discuss the frogstoday.com, which will launch a community feature Friday and begin requiring a subscription for some content.

Enjoy the show. Another episode is scheduled for next week.