Home » While not a flashy Hollywood story, Frogs defense is big story in CFP National Championship

While not a flashy Hollywood story, Frogs defense is big story in CFP National Championship

LOS ANGELES — By now, we have heard all about how much Hollywood loves an underdog story, and TCU has provided the nation with just that.

In addition, the bright lights here in Southern California have shined on TCU’s offense leading up to the College Football Playoff National Championship.

In reality, it all makes sense. Offense sells tickets.

A Heisman Trophy rurunner-up at quarterback who is as likable as he is talented. A future first-round draft pick in Quentin Johnston, who can be found streaking up the sideline making circus catches in just about any game you watch.

A slot receiver in Derius Davis who many consider to be the fastest player in college football.

To round out the marquee positions, running back Kendre Miller, who despite being questionable to play Monday, leads all Power 5 ball carriers with 6.7 yards per carry over his career.

His backup, Emari Demercado, has a Hollywood story of his own. Growing up five miles from SoFi Stadium, the site of the title game, Demercado had to step in last week against Michigan after Miller was injured at the end of the second quarter. Demercado responded by rushing for career-high 150 yards and a touchdown.

The Frogs use tight ends Jared Wiley and Geo’Quarius Spivey in a variety of ways and are led up front along the offensive line by consensus first-team All-American Steve Avila.

However, as the adage goes, defense wins championships. For the Horned Frogs, it will be no different.

While all of the attention on the offense is warranted on such a stage, this Frogs’ defense has answered the call all season.

The 3-3-5 scheme has been mislabeled as gimmicky, but the results and what your eyes tell you while watching this defense say otherwise.

“Well, I think everybody says, yeah, we have to be able to run the football and they’re this three-down,” he said. “But I think one coach told me it’s like a vacuum. You think it’s there and then they just swarm on you.”

That is it. That is the best way to describe this defense on the surface before diving deep into schematics, gaps and such.

At first glance, you see “bubbles” in the Frogs’ defense alignment. However, when offenses try to run to those bubbles, the Frogs close them quickly, putting their defensive team speed on display.

In terms of results, one only has to look at the different style of offenses and types of games the defense was asked to win.

In the modern era, simply looking at points given up as a defense is short-sighted. With the advent of tempo offenses and increased snaps and possessions for both teams, a defense needs to be critiqued on one thing:

Is it doing what is needed to do to give the team an opportunity to win?

That said, when a defense does hold one of these current-day offenses to a low-scoring output, it is even more impressive.

Let’s take a look at a few bullet points from the Frogs’ 2022 resume:

Oklahoma’s offense early in the year? Held them to 17 points before a late touchdown to make it 24.

Texas Tech came into Amon G. Carter Stadium with an Air Raid offense and not only one quarterback, but two that were red hot. Twenty-four points for the Red Raiders as well.

Texas featured all-everything running back Bijon Robinson. TCU held him to 29 rushing yards and held the Longhorns’ offense to only three points.

Baylor pulled out all of the stops in the run game. The Bears featured a running attack that was not only different and never debuted by Baylor, but one that frankly had never been seen in college football. The latter is rarely, if ever, said these days. Football scheme is recycled from one generation to another and then a different iteration is recycled again. Rinse and repeat.

However, the Bears showed pulling guards doing a 180-degree turn to reverse fields and run a “buck sweep” in the opposite direction. No coach on record has ever seen that before, including TCU coach Sonny Dykes.

The new major wrinkle was effective against TCU early. However, after some adjustments with the Frogs linebackers — mainly slowing them down on the back end — they were able to shut it down in the second half.

As the Frogs headed into the Fiesta Bowl, all the talk was about the physicality at the top of the Big Ten and how Michigan’s vaunted run game was going to run wild.

Wolverines quarterback J.J. McCarthy did not hide the Wolverines’ intentions leading up to the game.

“If they stay in that 3-3-5 defense, there is going to be a lot of smashing,” he said. “It just opens up a lot of holes and a lot of running lanes. Just being able to be able to move people is going to be huge for us. Just bringing the Big Ten to the Big 12 and showing them what we’re all about.”

The Frogs out gained the Wolverines 263-186 on the ground to punch their ticket to the national championship game.

While you will not get the bulletin board material from a Kirby Smart-led Georgia team, the Bulldogs’ staff is quick to point out that one of the advantages of the scheme itself is how little their offense goes up against it.

While Georgia co-defensive coordinator Will Muschamp will not have to line up against the TCU 3-3-5 defense directly, he has certainly been around a lot of good defenses and was able to shed some light on another advantage it can pose.

“You get used to what you see,” he said. “As an offensive line, you go against four-down or a 3-4 defense, with two overhang backers. Most everyone in college football runs some form of that. So, now when you go up agasint something you have never seen before, you become a little uncertain. How are we going to block this and how are we going to protect this? Because it is not an normal structure.”

Monken went on to add more to that.

“When you talk about different leagues, we don’t see a ton of it in our league and you see a ton of it in the Big 12,” he said when talking about the 3-3-5 defense. “When you get a film of that style that Iowa State, it kind of started there. They have made it their own. A lot like when someone says Air Raid. I’m sure there’s a foundation, then people have to make it their own in terms of concepts and how you approach practice and they have done a fantastic job with it.

“They play with a chip on their shoulder and they swarm.”

Beyond scheme, the biggest compliment you can give a defense is that they play fast and physical. TCU’s defense has earned that praise this season and will be up for the challenge Georgia’s offense presents. It is certainly a big one.

As TCU defensive coordinator Joe Gillespie’s defense has evolved and he has “made it his own,” so has Monken’s offense.

The Bulldogs have gotten much better on offense as Monken started to blend the pro-style concepts he ran as an offensive coordinator in the NFL with the modern-day tempo and run-pass option concepts he used from his days as a college coach.

When you combine that with the versatile personnel for the Bulldogs, the onus falls on the players on the field on game day, as opposed to the coaches.

Typically, you can call defenses based on the offensive personnel that runs onto the field. For Georgia, they run multiple formations from an empty set and also a double tight-end set with the same personnel on the field. The flexibility is in their personnel, particularly from tight ends Brock Bowers and Darnell Washington and their ability to line up all over doing multiple things.

The biggest job for Frogs defensive coaches needs to have happened in preparation leading up to this game. The players have the best vantage point on the field and can get the defense in the right call based on formations, as opposed to the personnel.

Leaders of the Frogs defense feel that the coaches have done just that.

“Coach Gillespie does a great job with his game plans and his preparation,” linebacker Dee Winters said. “He just wants me to be able to kind of slow them [the tight ends] down for the safeties to get a better read of what they are doing, so we are set as a defense.”

“While it is a tough challenge to see different formations in the same personnel, that is really for Coach Gillespie to worry about. I just do what he tells me to.”

You can hear the trust Frogs players have in their defensive coordinator, but you get the sense that the trust has been earned by the relationships off the field as well.

“Coach Gillespie always has good energy. He is always smiling,” senior cornerback Tre’Vius Hodges-Tomlinson said. “He’s just a cool person. He really cares about his players and he always puts us in a great position. Any time we are around him, it’s always a good time.”

Of course, that trust has to flow both ways. Gillespie recognizes that. Because of the tempo of the Georgia offense and the aforementioned personnel match-up problems, the Frogs are going to have to rely on efficient communication and trust of one another.

“You can have 12-personnel on the field and it would be a 10 formation,” he said. “They are also going to do a lot of shifting, a lot of motioning and try to get the mismatches depending on what you’re in defensively.

Sprinkle in the magnitude and energy of a national championship crowd, and Gillespie knows that this will be their biggest test of the year.

“You’re going to be at a venue that is extremely loud,” he said. “I don’t know that you can always hear the communication that’s going on, so there will be a trust factor that you have to go through.”

It is what is needed to win the national championship.

Fortunately for the Frogs, it is also the foundation this defense was built on. 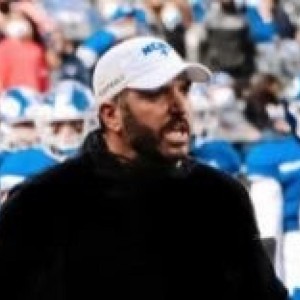