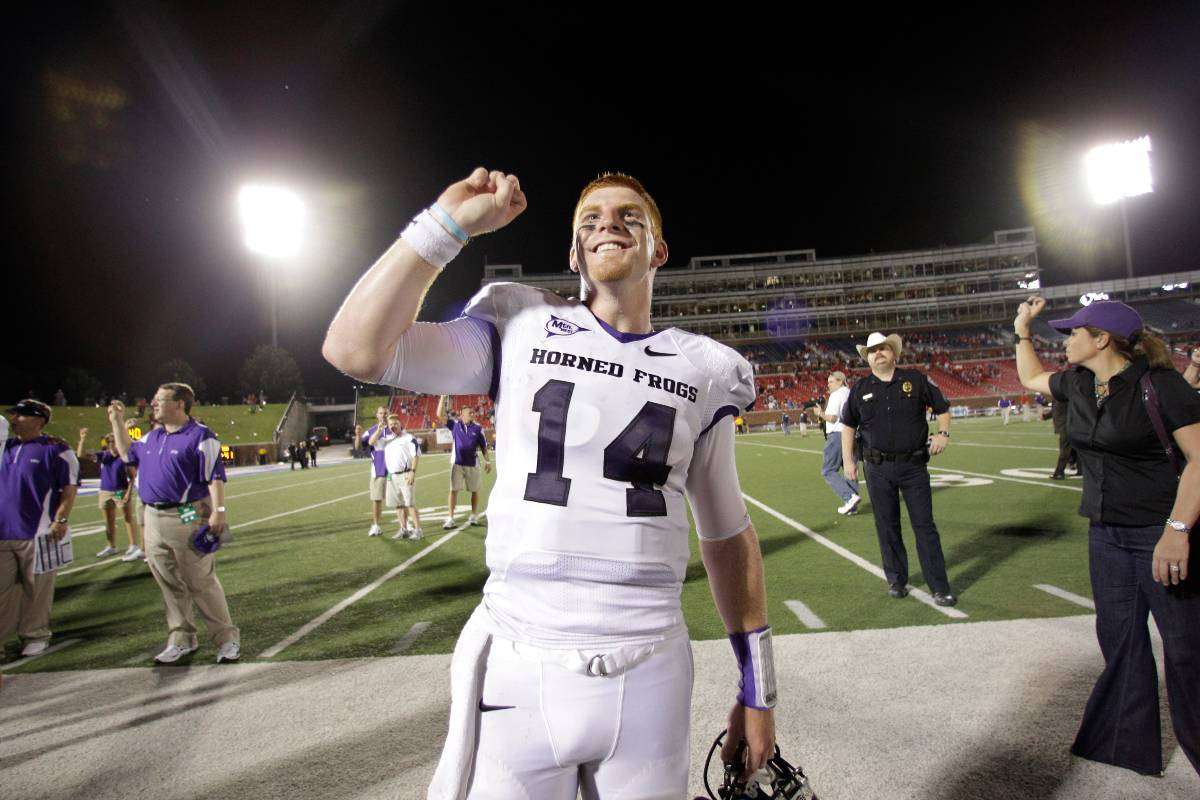 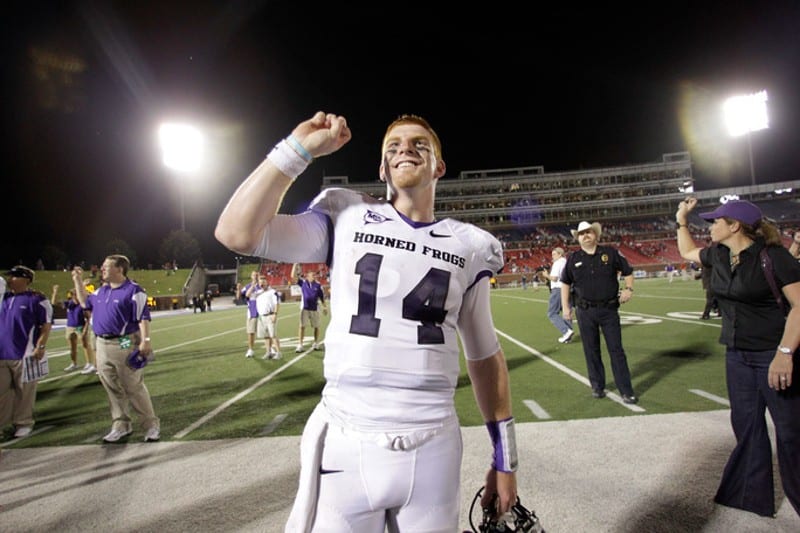 Andy Dalton, the quarterback who led TCU to its best season in the Gary Patterson era, and right-hander Jake Arrieta, who blossomed into a National League Cy Young winner after his Horned Frogs career, are the two headliners for the next class to be selected for enshrinement into the TCU Atheltics Hall of Fame.

The group will be inducted in a ceremony Sept. 29 and introduced during the TCU home football game Oct. 1 against Oklahoma.

“It doesn’t get any better than this,” TCU Block T Association executive director John Denton said. “We are elated with this stellar group of Hall of Famers, which exemplifies TCU greatness as our 54th class of TCU immortals.”

Dalton is the only athlete who was not selected as an All-American, but he is one of the most decorated football players in TCU history. His 42-8 record included guiding the Frogs to victory in the 2011 Rose Bowl, in which he was selected as the Offensive MVP. TCU went 13-0 and finished second in the nation.

Dalton was a second-round draft choice in the 2011 NFL Draft and currently plays for the New Orleans Saints. He is a three-time Pro Bowl selection.

Arrieta recently retired after a 12-season big-league career that included the 2015 Cy Young Award and a World Series ring in 2016 with the Chicago Cubs. He pitched at TCU in 2006 and 2007, and was an All-American in 2006 after tying for the NCAA lead with 14 wins.

“I was very, very surprised, but tremendously honored,” Hesselbrock said.