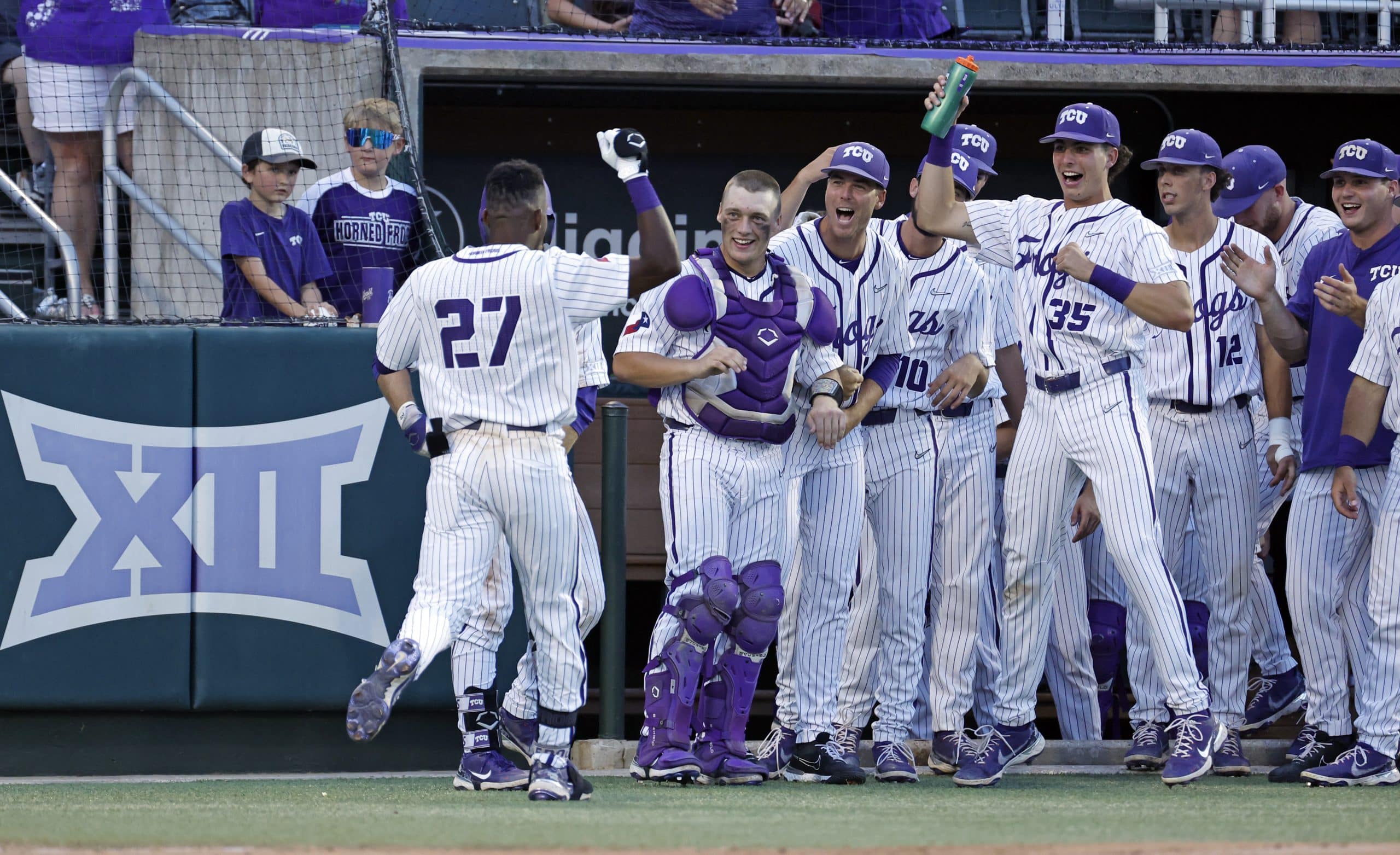 By Jamie PlunkettMay 20, 2022No Comments 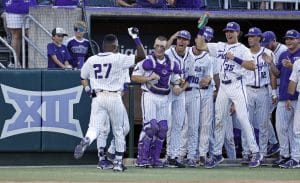 Marcelo Perez pitched six shutout innings and Porter Brown launched his fourth home run in the last nine games as TCU took the game and the series from Santa Clara on Friday night.

The Frogs scored in five of the first six innings, climbing out to a 10-0 lead thanks to some clutch hitting. The Frogs went 5-13 from the plate with runners in scoring position, and scored seven of their runs with two outs.

The highlight of the night, though, once again came off the bat of Brown. With two outs and two runners on base in the fifth inning, Brown launched a ball deep into the night sky and into the GA seating beyond the right field fence, giving TCU a 9-0 lead.

Brown, dubbed Mr. May by the rest of the team, is hitting .379 since April showers gave way to the fifth month of the year. Brown leads the team in home runs (3), RBIs (16), and slugging percentage (.793) this month.

It hasn’t been an easy road for the redshirt sophomore this season. Brown graduated this semester with a degree in neuroscience, and he spoke on Friday night about the challenges of playing baseball while being involved in such an intense major.

“It’s been difficult, it’s a lot of time management and scheduling out your week,” Brown said. “I remember this past spring I had a quiz almost every single day, and tests conflicted with baseball. We would be on the road and I would be missing tests and stuff like that. I’d have to be studying on the road. It’s a big relief that it’s over.”

While the bats stole the show on Friday night, Perez quietly put together an impressive start. For the second consecutive start, Perez pitched six innings. The last starting pitcher not named Perez to accomplish that feat for TCU was Brett Walker on April 16th against Texas Tech.

The Frogs will close out their regular season at noon Saturday, with a ceremony honoring the senior class beginning at 11:30 a.m.

With a share of the regular season title in hand, TCU will work to sweep Santa Clara while the rest of the conference sorts itself out. With as much of an up and down season as the Frogs have had, it’s a testament to their resiliency that they’re in this position, according to Associate Head Coach Bill Mosiello.

“I think it’s pretty amazing, it shows you how resilient the kids are,” Mosiello said. “We won big games at the right times.”