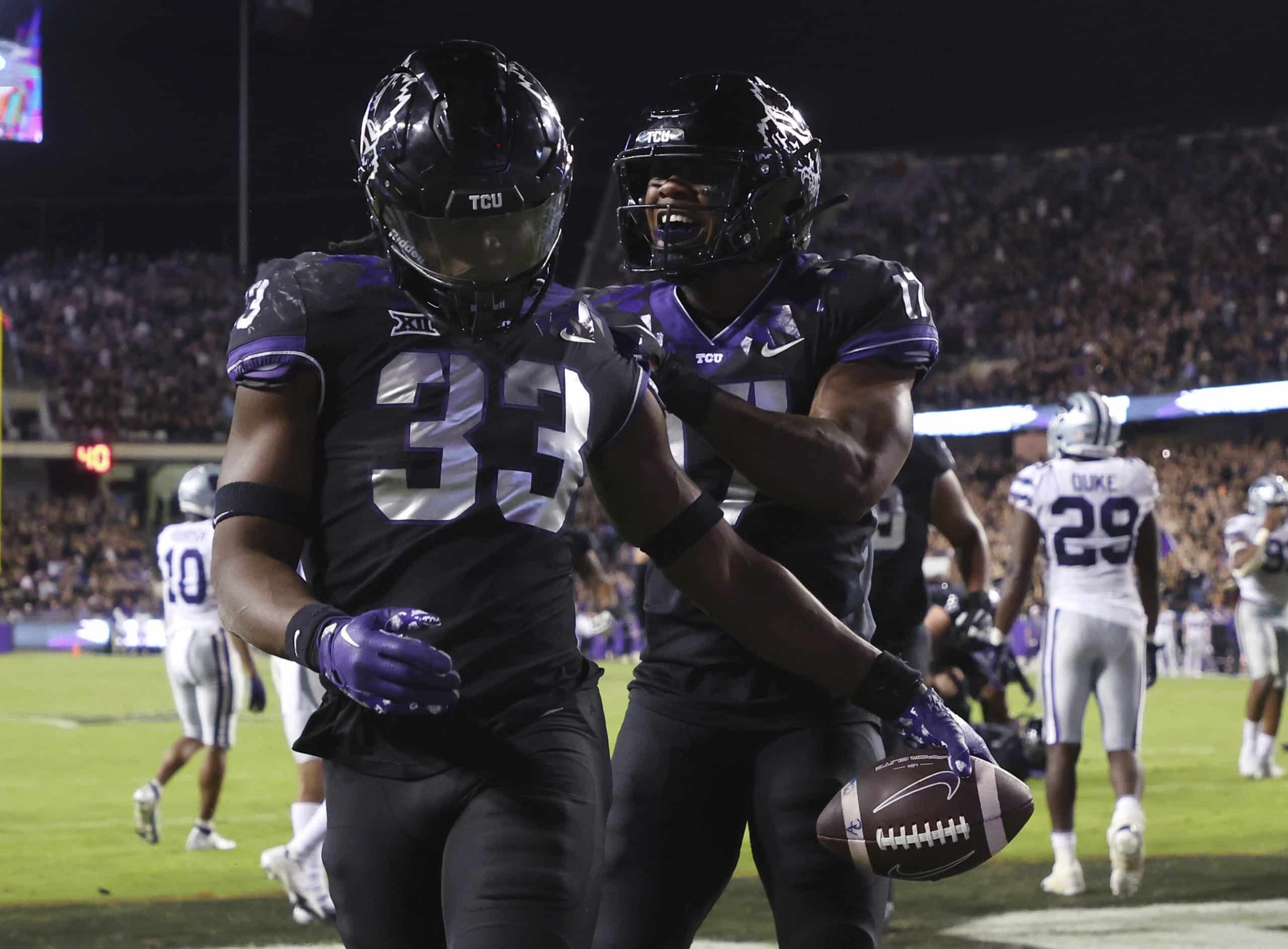 As TCU takes control of the Big 12, it’s time for naysayers to pipe down

By Jeff WilsonOctober 23, 2022No Comments

Home » As TCU takes control of the Big 12, it's time for naysayers to pipe down 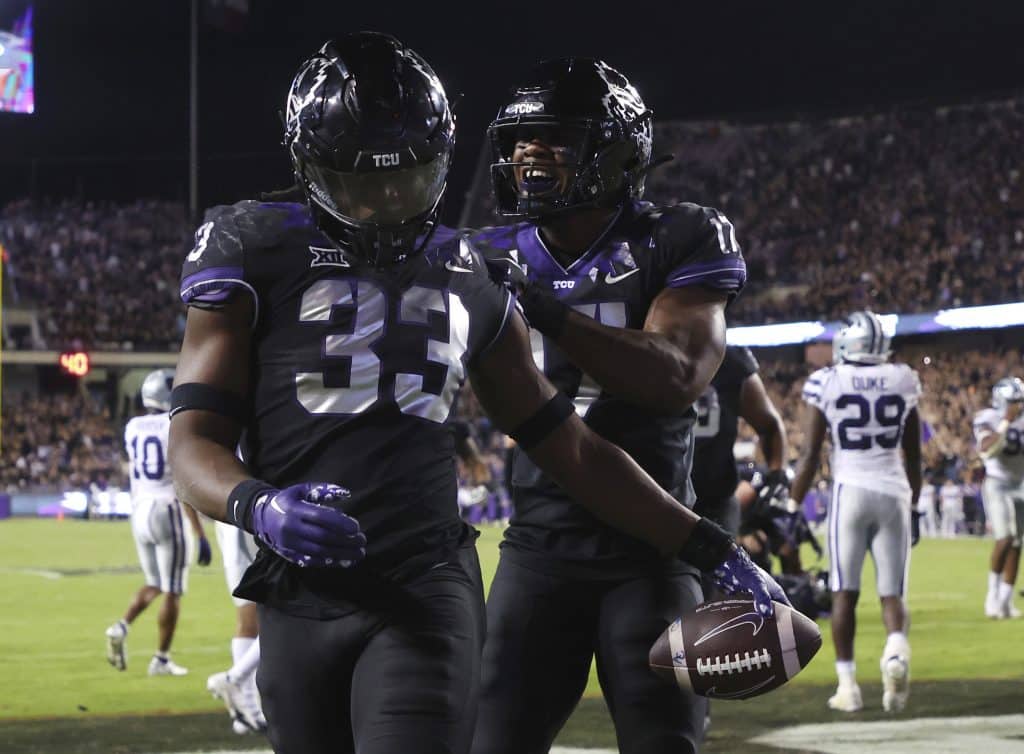 FORT WORTH — Here’s what we know about TCU after seven games:

The Horned Frogs are not a first-half team.

They have the toughest quarterback and running back in the country, and one of the most talented wide receivers.

They have won four straight games against ranked opponents.

Their defense will eventually figure things out.

As a result, the Frogs are 7-0 and the only unbeaten team in the Big 12 Conference.

The No. 8 Frogs have a long way to go, but their 38-28 come-from-behind victory Saturday night over No. 17 Kansas State leaves them firmly in control of the conference race, and even Kirk Herbstreit will finally have to acknowledge that TCU is for real.

“I’ll be satisfied when we win the national championship,” running back Kendre Miller said.

National championship talk isn’t as far-fetched as it might sound. TCU finds itself in the discussion for the College Football Playoff as one of only six undefeated teams in the nation. The Frogs are 4-0 in the Big 12, with Kansas State and Oklahoma State both 3-1, and TCU holds the tiebreaker over each one.

Naysayers are finding ways to poke holes in the Frogs — facing backup quarterbacks, not playing any good defenses — but that’s just sour grapes from the fan bases of teams TCU has vanquished.

And, it’s worth noting, that TCU has played with its backup quarterback for 6 1/2 games.

Max Duggan is helluva backup, and he keeps getting up.

Duggan threw for 280 yards and three touchdowns and Miller rushed for 153 yards and two scores as TCU erased a 28-10 first-half deficit. The defense pitched a shutout after Wildcats running back Deuce Vaughn raced 47 yards with 8:09 remaining in the first half.

The key sequence book-ended halftime. The Frogs marched 91 yards just before the half to make it 28-17 and took the opening kickoff 77 yards for another score to bring a sell-out crowd of 47,881 back to life.

Kansas State lost starting quarterback Adrian Martinez to a deep thigh bruise after the first possession of the game. Second-stringer Will Howard led the Wildcats to TDs on four straight possessions, but was briefly knocked out of the game in the second half with a shoulder injury as he tried to run for a first down.

Duggan, meanwhile, took multiple hard hits, including one to the chin on a targeting foul that would have left most quarterbacks calling for a trainer.

“It’s a big confidence boost just knowing how tough he is,” said tight end Jared Wiley, who caught a 4-yard TD pass from Duggan in the final minute of the first half.

Miller ran it 29 times and at one point in the fourth quarter took a helmet to the lower back and briefly left the game. Two TCU defensive players, linebacker Dee Winters and safety Namdi Obiazor, left the game in the first half but came back to make key plays later in the game.

Another linebacker, Johnny Hodges, was dinged up twice last weekend against Oklahoma State but made one of the biggest plays of the second half by hurtling into the line to stuff a fourth-down quarterback sneak at the Kansas State 30-yard line. TCU scored four plays later on a 9-yard third-down run by Miller.

The Frogs’ schedule gets easier a tick, with no ranked opponents (well, three-loss Texas should fall out of the polls) remaining as of now. TCU heads to West Virginia on Saturday for an 11 a.m. kickoff, and no one likes playing in Morgantown.

More eyes will be on that game, waiting for the TCU slip that hasn’t come yet. These Frogs don’t seem to be the type to read their own press clippings, cautious that any team could upend them. And, as Miller said, the Frogs aren’t satisfield.

“The stage is getting bigger, and it’s what we all wanted,” Hodges said. “We’ve got a lot of work to do. I don’t think we’ve put together four quarters of a really good football game yet. But it’s nice to get in the win column against a good team. I guess we’re all right now. We can get better, though.”