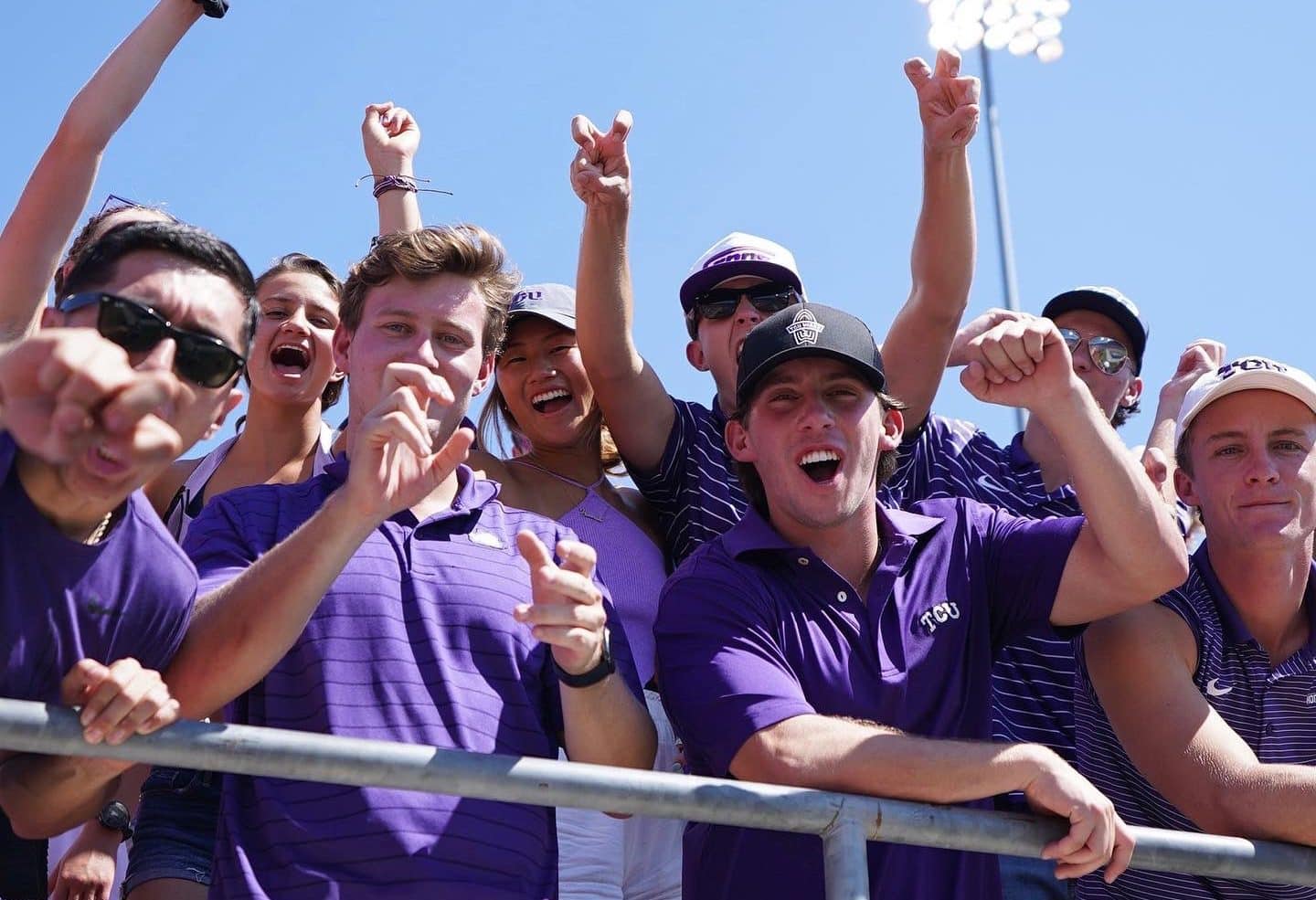 By Jamie PlunkettSeptember 25, 2022No Comments

The Battle for the Iron Skillet happened for the 101st time, and like the majority of the 100 before it, TCU won.

TCU fans made their way to Gerald J. Ford Stadium in Dallas from all over the Metroplex and beyond, bringing more energy and noise than the Mustangs’ home crowd could dream of.

Here’s what the Frogs fans took away from their time in Dallas.

Watching the officials crying after the game was over!! They did all they could do, but it just wasn’t enough. 😂😂

Frogs went 2-0 yesterday vs ponies AND the refs

It did seem like the Frogs were battling both SMU and the officials at times. Mustangs receiver Rashee Rice seemed more intent on drawing flags on Tre’Vius Hodges-Tomlinson than actually catching the football, and it worked. TCU’s senior cornerback was flagged three times in the first half, once for holding and twice for pass interference.

The second pass-interference call came on a ball that was several feet over Rice’s head and seemed uncatchable.

Alternatively, the refs picked up a pass-interference flag on an SMU defensive back in coverage against Quentin Johnston in the first half, while also refraining from throwing one on a critical third down in the second half.

On the day, TCU was flagged 10 times for 94 yards. SMU was called for just three penalties for 25 yards. That being said, the final penalty of the game came against the Mustangs, a leaping personal foul that gave the Frogs a first down and allowing them to ice the game.

Duggan with another good day

Max proving he can still play football and win

Duggan’s performance! I’m gonna enjoy watching him for the rest of the time he starts at TCU!

Max Duggan being physical with their players!

Max Duggan is completing 77 percent of his passes this season, with eight touchdowns and no interceptions. He’s done everything asked of him, despite a coaching change and losing his starting job. Sonny Dykes even got emotional talking about Duggan during his postgame press conference.

Duggan is thriving right now, and he’s going to force the coaches to make a very difficult decision when Chandler Morris returns to full health. That day could be coming soon, as Morris was dressed out and warming up on the field Saturday.

Watching a healthy Duggan succeed with confidence! And that Derius Davis speed, lord have mercy.

Max, Miller, Demarcado, and the O-line.

Derius Davis, Kendre Miller and Emari Demercado accounted for four of TCU’s six touchdowns on the day, and 312 yards of offense. For all the Air-
Raid talk, TCU is strong on the ground.

The fact that SMU chose to bring some highly ranked recruits out to a local POWER 5 rival school game. 😂🐸💜😈 thanks for showin off TCU you ponies!

SMU fans barely showed up in the first place, with most not trickling in until midway through the first quarter. Then, the bulk of them left once the Frogs got up 28-7. There were horror stories about concession lines, flooding bathrooms and trash everywhere, as the Mustangs seemed more focused on buying purple urinal cakes than actually providing a quality game-day experience.

Not to mention, the TCU fans in the stands were on time, loud and stayed until the bitter end.

It was a warm day in Texas, and the fake turf on SMU’s field didn’t do anything to help matters. Fans were sweating, and they couldn’t get water quickly because of the aforementioned concession issues.