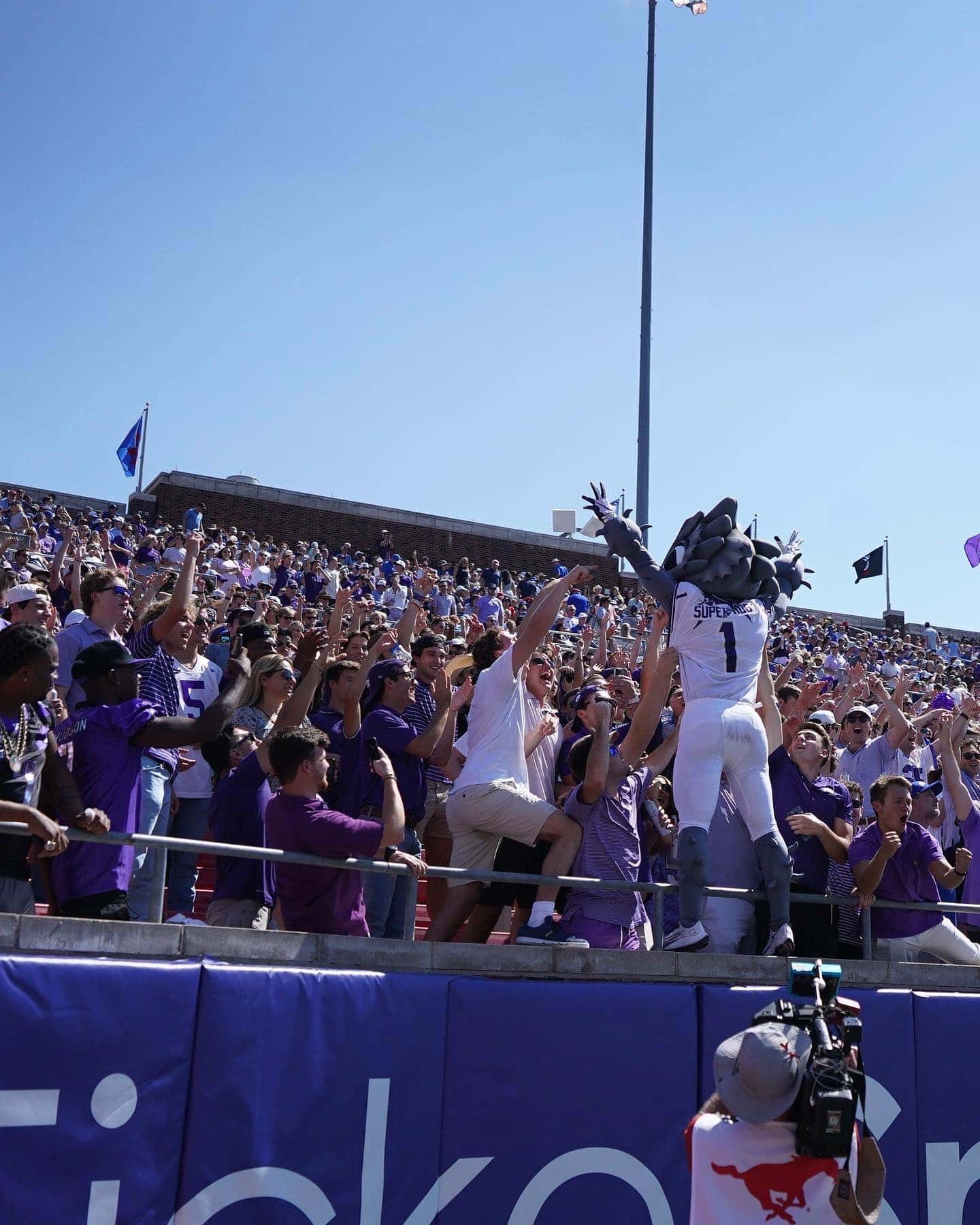 By Melissa TriebwasserSeptember 26, 2022No Comments

TCU fans did such a good job painting Dallas purple that Sonny Dykes is treating students to free coffee Monday as a thank you. (TCU Athletics)

Way back in 1996, Sunny Came Home, by Shawn Colvin, was all over terrestrial radio.

Though Colvin was eventually a one-hit wonder, the success of Sunny earned her two Grammys, for song and record of the year, and spent several weeks atop the Billboard Top 100 charts.

Telling the story of a woman returning to her hometown after a period of institutionalization or imprisonment with vengeance on her mind, burning down homes based off a list of those who have wronged her in the past, the song combined dark and foreboding lyrics with a warm and inviting musical bed highlighted by a calming mandolin strum.

Ahead of Saturday’s 101st Battle for the Iron Skillet, you can imagine that Sonny Dykes was writing a list of his own. Though he was unlikely to be burning anything down, interviews with Sports Illustrated and other publications made it clear he hadn’t forgotten the events preceding and post his leaving for Fort Worth, including the line that had Twitter abuzz, talking about SMU administration’s “laissez-faire” attitude toward the future of the football program.

Sonny came home Saturday with a mission and struck a match, leading his new home team to a big lead and an eventual 42-34 win over the rival Mustangs, TCU’s first Iron Skillet victory since 2018.