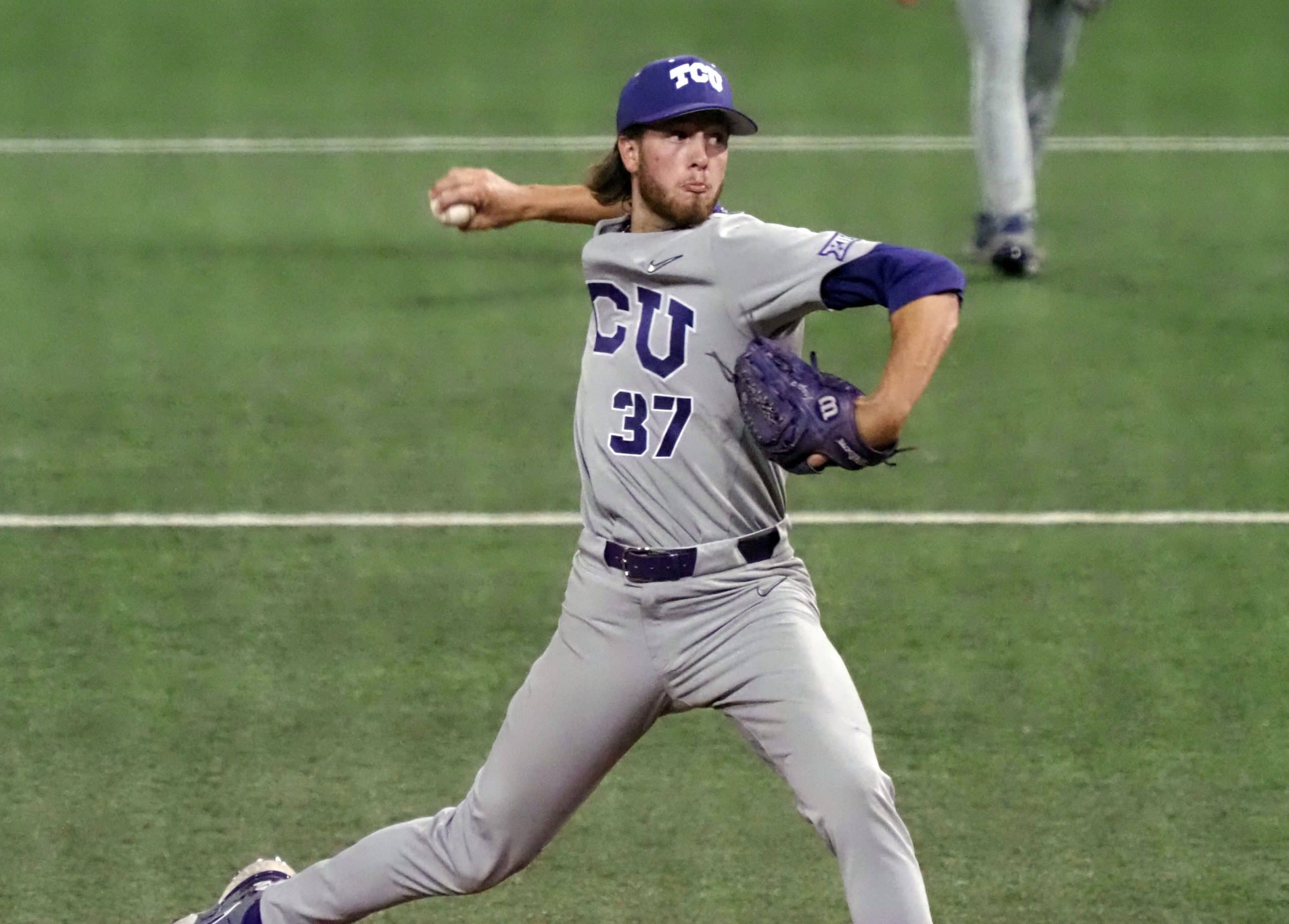 By Melissa TriebwasserMay 8, 2022No Comments 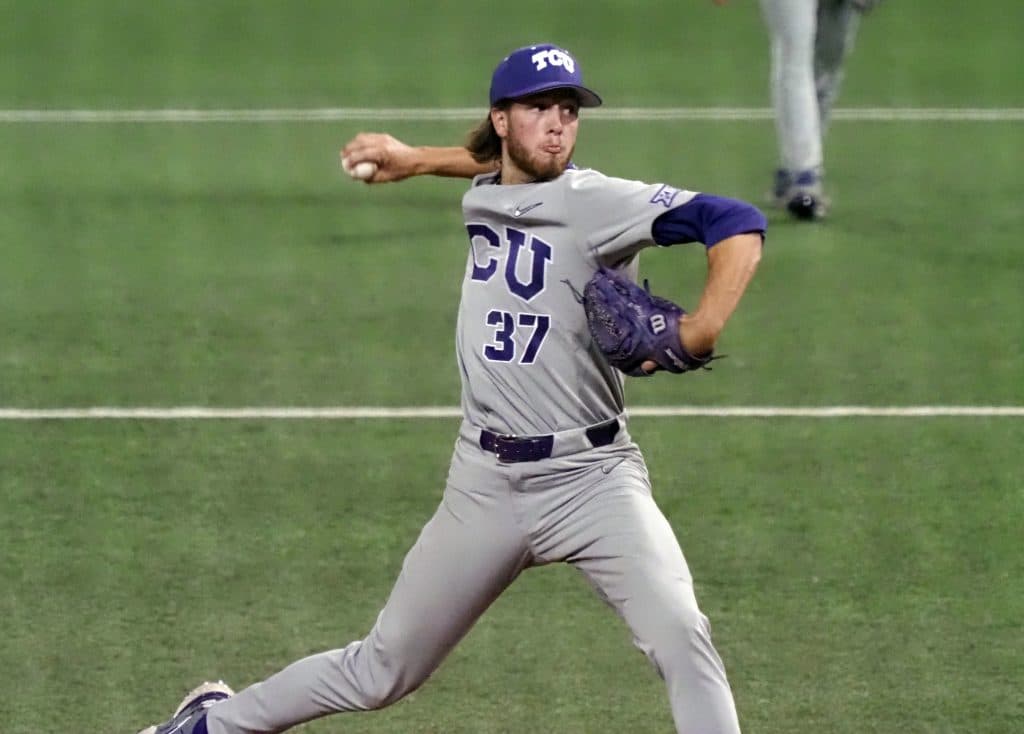 Caleb Bolden recovered well from a rough first inning, but the Frogs could not dig out of the hole Sunday afternoon in Fort Worth (TCU athletics).

A two-out first inning rally held up for Oklahoma, as Cade Horton stymied the TCU offense in Sunday’s 5-1 series-clinching victory.

For a team that was in prime position to win the Big 12 regular-season title and host a regional — and with a national seed not out of the question — dropping a home series to the Sooners puts a dent in those plans.

TCU has struggled over their past two series, dropping four of their last five games down the home stretch. That won’t bode well for their postseason placement.

The Frogs host Incarnate Word on Tuesday before closing out their conference season next weekend at Kansas. Anything but a sweep of the Jayhawks could  negatively impact TCU’s seeding in the Big 12 Tournament, scheduled for May 25-29 at Globe Life Field in Arlington.

Caleb Bolden got the start for TCU, his first of the season, as coach Kirk Saarloos continues to tinker with the weekend rotation. After collecting two quick outs, Oklahoma loaded the bases on the strength of two walks with a base hit. The third walk of the game brought home the first run, followed by consecutive singles to make it 4-0.

On the other side,  Horton was excellent for Oklahoma, working around a lead-off walk to Elijah Nunez in the first and a couple of hits in the second and third to keep the Horned Frogs off the board. Bolden, to his credit, settled in nicely as well, making it through four innings and not allowing a run across the final three. He struck out seven, including five of the final six batters he faced.

TCU finally got something going on offense in the fifth.

Porter Brown put together an excellent at-bat, beating the shift with a ball slapped down the third-base line. Nunez followed with a fielder’s choice, beating the throw to first on a potential double play to keep the inning alive. A batter later, the red-hot Tommy Sacco blasted a ball to straightaway center that missed being his third home run of the weekend by a matter of inches, hitting the wall for a stand-up double that scored the Frogs’ only run and chased Horton.

Sacco took third on a ball in the dirt, and Brayden Taylor walked to put runners on the corners with two outs. But David Bishop’s tough weekend continued, as he grounded out to second on the first pitch to end the threat.

TCU could not capitalize on the momentum in the sixth, and Oklahoma got the run back in the eighth by scoring via a lead-off walk, two wild pitches, and a double to make it 5-1.

The Frogs pitching staff walked 25 batters and hit three in the series, while the defense committed four errors over the three games