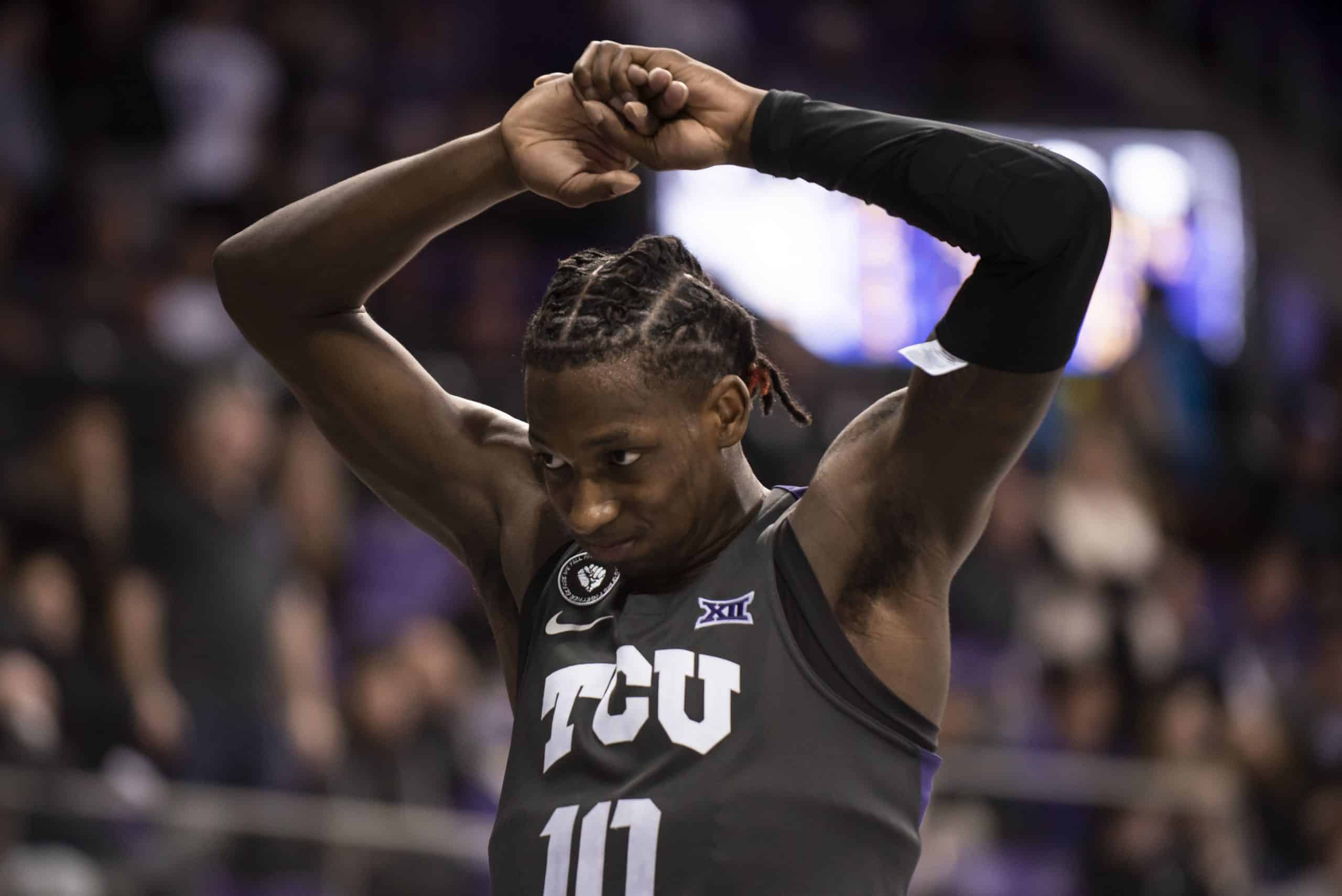 Frogs played without their best player, but say defensive lapses were the issue in loss to Kansas State

Home » Frogs played without their best player, but say defensive lapses were the issue in loss to Kansas State

Damion Baugh led TCU with 17 points against Kansas State, but too much went wrong for the Frogs in a 12-point loss (The Associated Press/Emil Lippe).

FORT WORTH — News came down that Mike Miles Jr. wasn’t going to play Saturday night about 45 minutes before tip-off at Schollmaier Arena.

TCU coach Jamie Dixon made it sound as if the Horned Frogs learned Miles, the team’s leading scorer, wasn’t going to be available only a few minutes sooner.

Bad timing for a bad wrist.

But there was still a way, Dixon said, for the Frogs to win without their best player. Defense would have to carry the day, and the Frogs have played some of the nation’s best defense this season.

They just didn’t do it Saturday against Kansas State.

Nijel Pack scored a game-high 20 points and all four Wildcats guards scored in double figures in a 75-63 victory that punched another hole in the Frogs’ sails just as they again appeared to be on their way to securing a place in the top half of the Big 12 Conference.

“Everybody knows how important Mike Miles is for us,” said guard Francisco Farabello, who replaced Miles in the starting five. “For sure we missed some paint touches and penetration from him, but that’s not an excuse. I think our defense was the main problem, not our offense.”

The loss won’t serve the Frogs (15-5, 4-4) well when it comes time to hand out NCAA Tournament berths. A double-digit loss at home to a team well below them in the NET rankings leaves a mark.

The Frogs were off from the get-go, as Kansas State (12-10, 4-6) scored on five layups in the game’s first five minutes. The Wildcats were quicker and cutting harder than TCU, Dixon said, and led by as many as 11 in the first half.

TCU trimmed their deficit to 35-28 at halftime and chopped away to open the second half to get with a basket at 39-37. Kansas State, though, responded with a 17-2 run.

Mike McGuirl started it with a 3-pointer, the first of three 3s during the run.

When Charles O’Bannon Jr. hit his only 3-pointer to halt the spurt, McGuirl responded with a 3 of his own.

That became a trend in the second half. Every time TCU appeared to be putting something together, Kansas State had an immediate answer to kill the Frogs’ momentum.

“It’s huge,” said forward Emanuel Miller, who scored 13 points. “As a team, we focus on defense. We’re one of the best defensive teams in this conference. Scoring is going to come, but defense is what is most important. We have to get stops, period. No matter what we do, no matter how the game is going, we have to play defense, and we just didn’t execute it as well as we usually do.”

But TCU abandoned its offensive game plan of getting the ball inside and fired up 28 3-pointers, making only six. Miles’ ability to penetrate and dish might have been missed the most, but Dixon said the Frogs didn’t stay true to who they are offensively.

“We’ve got to find other ways, and post touches would have been that way,” Dixon said. “We didn’t do what we said we wanted to do. That’s on me. We have to get that message across better.”

The messaging will continue Sunday afternoon with a practice after coaches break down all that went wrong Saturday. Miles could play here Tuesday against Oklahoma State after imaging showed no structural damage.

Farabello said TCU must win that game after dropping a third conference game at home. Dixon said everything must improve.

“I don’t see a positive as a team in that scorebook,” Dixon said. “And that’s why we got what we deserved.”