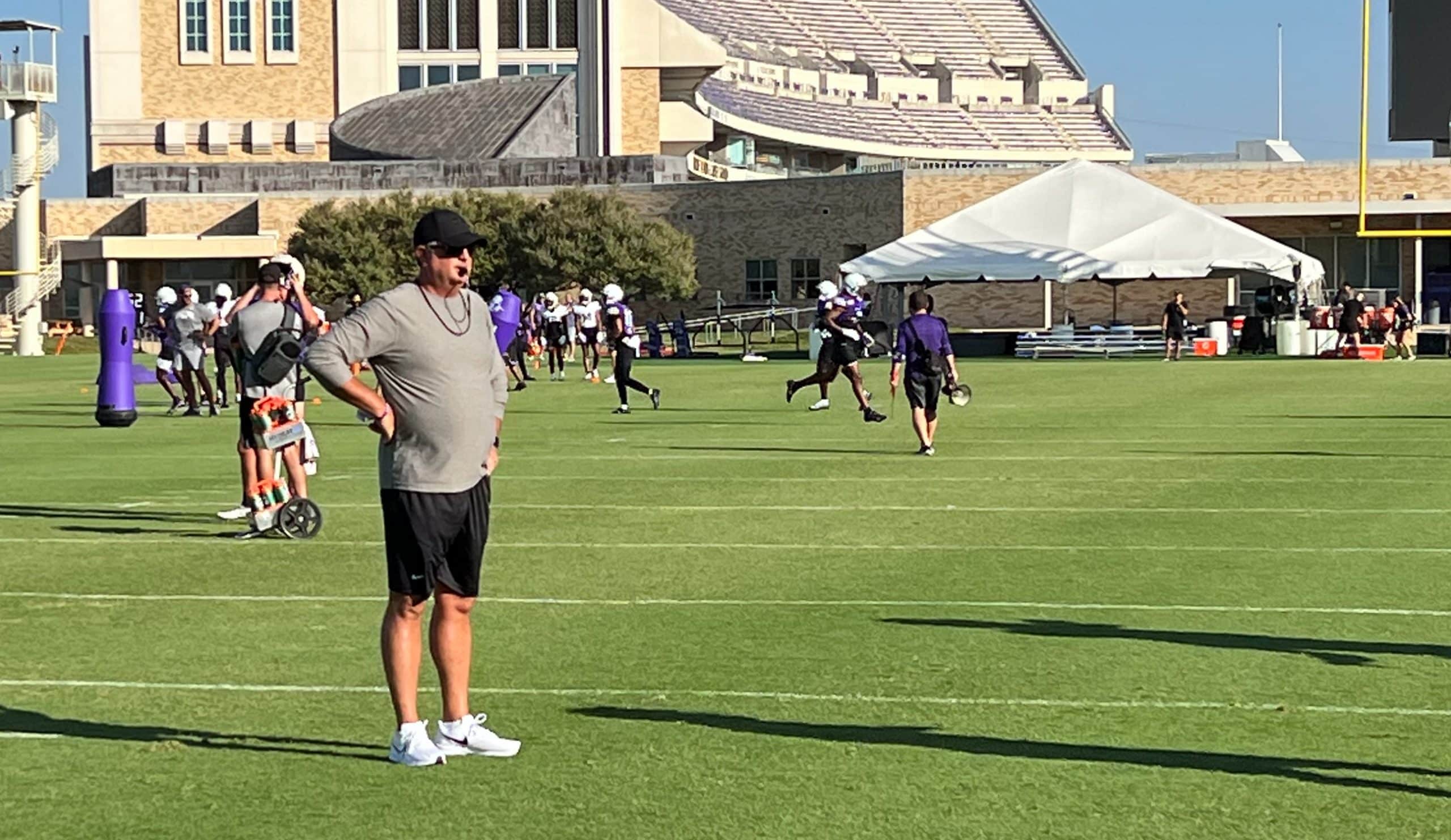 FORT WORTH — TCU will open its 2022 season in 10 days, and that looks to be enough time for players who have been hurting to get healthy.

Horned Frogs coach Sonny Dykes acknowledged Monday that cornerback Tre’Vius Hodges-Tomlinson has returned to practices and that he could be joined Wednesday by running back Kendre Miller, safety Bud Clark and linebacker Jamoi Hodge.

“I think all those guys that have been starters in a have logged significant playing time in the past should be available and ready to go,” Dykes said.

The Frogs dealt with multiple injuries last season at running back, first with Zach Evans, then Miller and Emari Demercado. TCU was so thin that Ahmonte Watkins, a defensive back, was forced to play running back late in the season.

Dykes remedied that lack of depth, which was compounded by Evans transferring to Ole Miss, in the offseason. Louisiana transfer Emani Bailey has been one of the stars of camp, and converted quarterback Trent Battle has also been productive. TCU also added Corey Wren, a transfer from Florida State, and speedy freshman Major Everhart is taking snaps at running back and receiver.

Monday’s practice, the first of the fall at the Sam Baugh Indoor Facility, was effectively the last of fall camp before the Frogs jump into game-planning for the Sept. 2 season opener at Colorado. Dykes was pleased with how it went.

He saw more focus, more energy and players going faster. Officials were also part of the practice, calling penalties as TCU went through some situational drills.

Dykes said that officials will likely be at practices a few more times before the first game.

“I think when the officials are here, it’s always good,” Dykes said. “We get more things called and it gives us teaching opportunities. I felt like we had probably too many penalties. It’s something that we need to get cleaned up and addressed.”

TCU is off Tuesday, with the only requirements for players being their meals and attending classes. Dykes hopes the mental break with give the players even more vigor when they return to the field Wednesday.