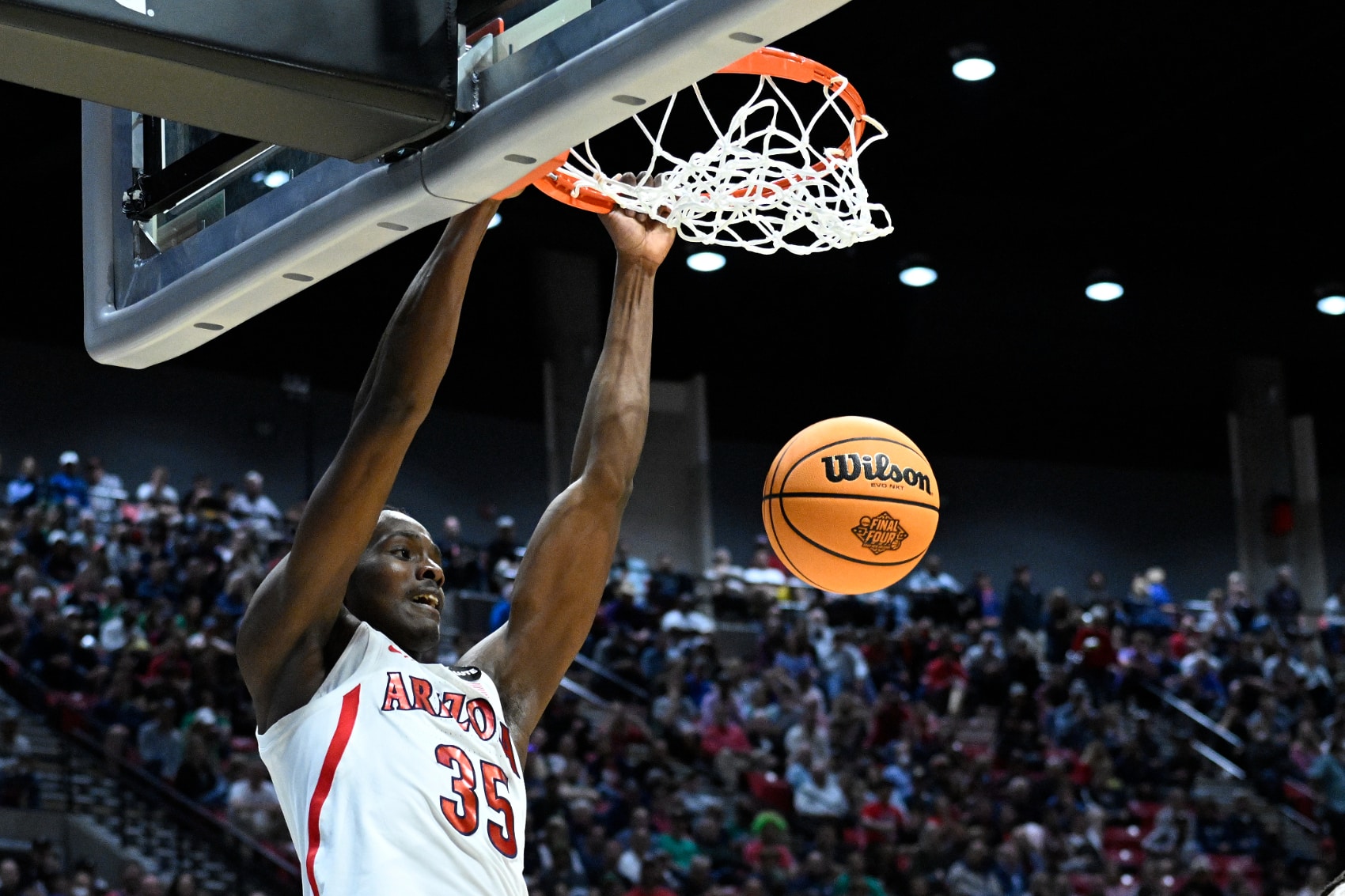 SAN DIEGO — The TCU men did what many believed they would do Sunday night, making South Region top-seed Arizona sweat.

The Horned Frogs almost did what perhaps only they believed they could do.

But the first Sweet 16 in school history eluded the ninth-seeded Frogs, who took the Wildcats to overtime before seeing their season end with a 85-80 loss at Viejas Arena.

If only it were that simple.

But a no-call in the final seconds of regulation when contact sent Miles to the floor was a pivotal play. Had the foul been called, TCU’s leading scorer would have had two free throws with two seconds to play.

“Certainly a lot of questions will be asked, but we’ll handle it the right way and do the right things,” TCU coach Jamie Dixon said. “We still felt we should have won the game. We did everything.”

TCU (21-13) had the ball with 12.9 seconds left in regulatio,, but Miles turned the ball over at midcourt as he fell to the floor after getting bumped by Dalen Terry. Terry picked up the loose ball and drove to the basket, but his winning layup came after time expired.

Mathurin and Koloko scored all of Arizona’s points in overtime.

TCU was up 77-76 when Koloko went hit 1 of 2 free throws. He miss on the second fell into Mathurin’s hands, and his putback gave Arizona a 79-77 lead. He hit two free throws on the next Wildcats possession fro an 81-77 advantage.

But the Frogs weren’t finished. Miles was fouled while hitting a floater in the lane, and his free throw made it a one-point game with 1:44 to go.

It was Mathurin again the next time down. Arizona grabbed three straight offensive rebounds, and Mathurin put the third back with 1:11 to go.

He was fouled but missed the free throw, but TCU came up empty again. It appeared the Frogs would have a chance to tie the game as Mathurin missed a long jumper toward the end of the shot clock, but Koloko was there for a putback dunk that sealed the game.

It was 52-all when Mathurin dazzled with crowd with a dunk on Lampkin shortly after Miles had been whistled for a questionable offensive foul that erased a Frogs bucket.

The dunk electrified the pro-Arizona crowd and sparked a mini 7-2 run. Two more quick whistles put the Wildcats in the bonus with 12:19 to go.

After TCU scored four straight points to get within one at 59-58, Arizona quickly scored five in a row to force Dixon to use his second timeout of the half.

Emanuel Miller then saw a short floater rim out, and Arizona raced down the floor for a layup by Koloko.

Micah Peavy hit 1 of 2 free throws on the next possession, and after another Arizona miss, this one by Mathurin, Miles drove for a layup and the lead.

Two free throws by Miles out of the last media timeout stretched the lead to three.

Arizona finally ended its scoring drought of just over five minutes when Terry drilled a game-tying 3 pointer from the corner with 2:34 to go.

TCU answered with a Lampkin layup, but he couldn’t covert the three-point play. Lampkin converted 1 of 2 free throws after a big defensive stop to give TCU a 73-30 lead with 1:14 to go.

Mathurin delivered a dunk out of the timeout, and Lampkin grabbed an offensive rebound, one of his career-high 14 rebounds in the game, and put it back for a 75-72 lead.

Mathurin wasn’t done. He drained a 3-pointer over Miles to tie the game with 12.9 seconds to play.

That left the Frogs just enough time, but the referee swallowed his whistles at the wrong time for TCU.

The Frogs started fast, scoring the game’s first eight points. They led for the first 8:28 of the first half, but went behind for the first time as Koloko completed a three-point play with 11:32 to go.

It gave Koloko 14 points on his way to a game-high 18 in the first half. He helped Arizona score 26 of its 39 first-half points in the paint.

The Wildcats also won the rebounding battle, 20-16, and six of those rebounds were on the offensive glass. Their nine second-chance points were the difference in a 39-36 game at the break.