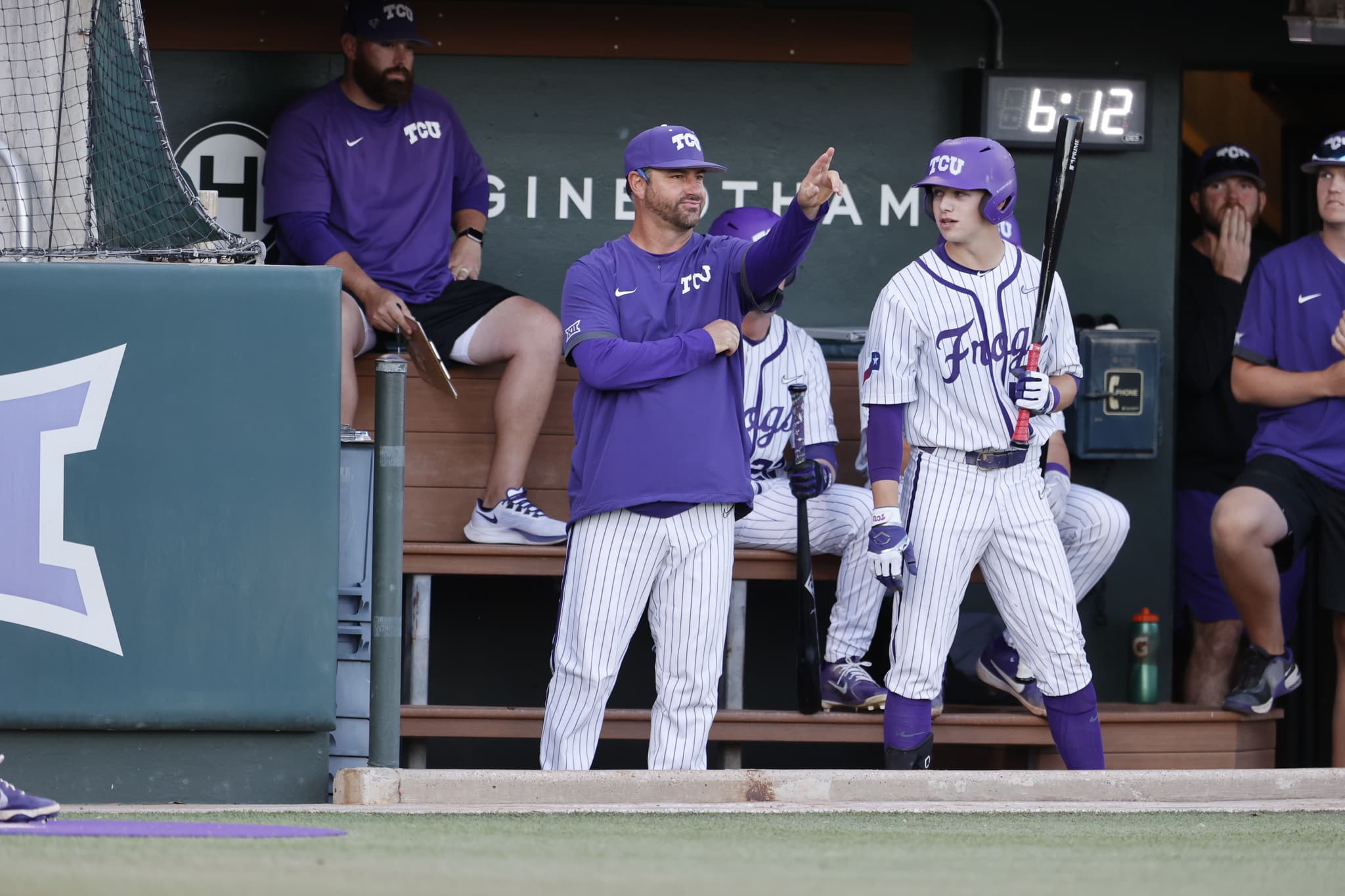 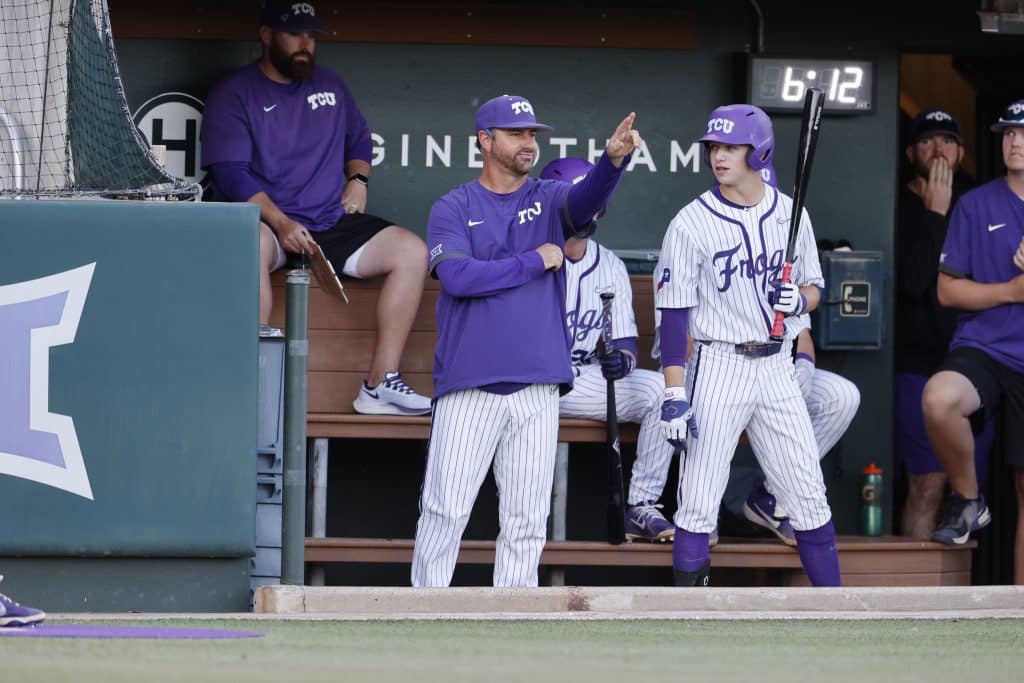 Kirk Saarloos takes over as head coach for the TCU baseball team after serving as pitching coach the past 10 seasons (TCU sports information).

TCU coach Kirk Saarloos has been suspended for two games following his ejection in the eighth inning of TCU’s 5-3 loss to Texas on Thursday evening.

That section of the ejection rule states: “No team personnel may continue to argue or to continue to excessively express themselves with prolonged actions or offensive language after an ejection.”

So, Saarloos was suspended for failing to leave the field in a timely manner. The situation was already rife with controversy, because Saarloos exited the dugout to intentionally walk Ivan Melendez following a balk that opened first base. Home-plate umpire Casey Moser misinterpreted Saarloos’ motion, ejecting him from the game.

Saarloos spent an extended amount of time arguing on the field following the ejection, being held back by multiple umpires and associate head coach Bill Mosiello. After the game, Saarloos confirmed that he was attempting to walk Melendez.

Saarloos’ suspension carries over to the NCAA Tournament, should TCU be eliminated from the Big 12 tournament this afternoon. The Frogs take on Oklahoma State in the loser’s bracket at 3:15 p.m.

Bill Mosiello will assume coaching duties in his absence.