FORT WORTH — TCU blew the doors off the Sooner Schooner on Tuesday night.

As thorough a beating as the Horned Frogs put on Kansas on Saturday, they might have topped it with their performance against Oklahoma in 79-52 victory.

Mike Miles scored 23 points, his seventh 20-plus scoring performance this season, as he helped the Frogs race out to a double-digit lead in the first few minutes that they hardly relinquished.

The Sooners entered Tuesday’s matchup 11-8 on the season and 2-5 in conference play. Porter Moser’s team, led by Nevada transfer Grant Sherfield and Tanner Groves, is far more comfortable in the half-court than running up and down.

That “park the bus” mentality was at odds with TCU’s desire to get in transition and run, so coach Jamie Dixon found a creative way to get the Sooners out of their rhythm early.

TCU opened the game in a 1-2-2 press, and it was wildly effective. The Frogs forced four turnovers in the first three minutes of the game, as the Sooners struggled to get the ball across half-court. Once on their side of the court, the Sooners found they had little time to get into their sets, forcing several bad shots late in the shot clock.

That defensive effort, led by 10 early points from Miles, helped the Frogs out to a lead they would never give up.

At the first media timeout, the Sooners had yet to score a point while turning the ball over four times. Meanwhile, the Frogs presented a balanced attack on offense by getting out in transition and drawing fouls, exactly what they needed to do against a slower, more methodical Oklahoma team.

The result was an 11-0 run for the Frogs that spanned the opening 4:46 of the game. The Frogs never led by less than eight after that, and carried a 17-point lead into halftime.

The Frogs opened the second half on a similar run, effectively shutting out Oklahoma for the first 6:54 of the final frame. An 11-0 run over that span pushed their lead to 55-27 and gave them enough breathing room for some guys to get more rest than they might be accustomed to during a game.

No TCU player played more than 28 minutes, while seven Frogs played at least 15 minutes. It was an emphatic testament to the depth that will make TCU such a threat come March.

“I love the versatility, and obviously our depth stands out,” Dixon said. “I think people are starting to recognize that. We also didn’t have a lot of guys, so that took away our depth early in the year. I think we’re seeing it now.”

TCU was without center Eddie Lampkin due to a high ankle sprain he suffered during the Frogs’ win over Kansas. Xavier Cork got the start in his place and played 23 strong minutes, recording two emphatic blocks that directly led to fast break-points for the Frogs. His physical play frustrated Groves, who finished with just two points for Oklahoma before fouling out of the game.

Meanwhile, guard Micah Peavy returned after missing the previous four games with a back injury. Peavy slotted into his normal rotation behind Chuck O’Bannon and made a major impact. The junior scored 13 points and collected nine rebounds while playing his stout brand of defense  Dixon often praises him for.

“He’s our best defender, and one of our best rebounders,” Dixon said. “It was good to see him hit free throws and a shot, but he can help us on defense and rebounding. He played the two, the three and the four today. We put him in different spots like we’ve done before.”

Peavy ate into Rondel Walker’s minutes, although Walker had an opportunity to come back into the game late but did not. Dixon noted that it was injury related.

TCU hits the road this weekend as it continues to alternate home and away games. The Frogs head to Starkville, Miss., to take on Mississippi State as a part of the SEC/Big 12 Challenge. TCU won its matchup in this challenge last season, defeating LSU 77-68. 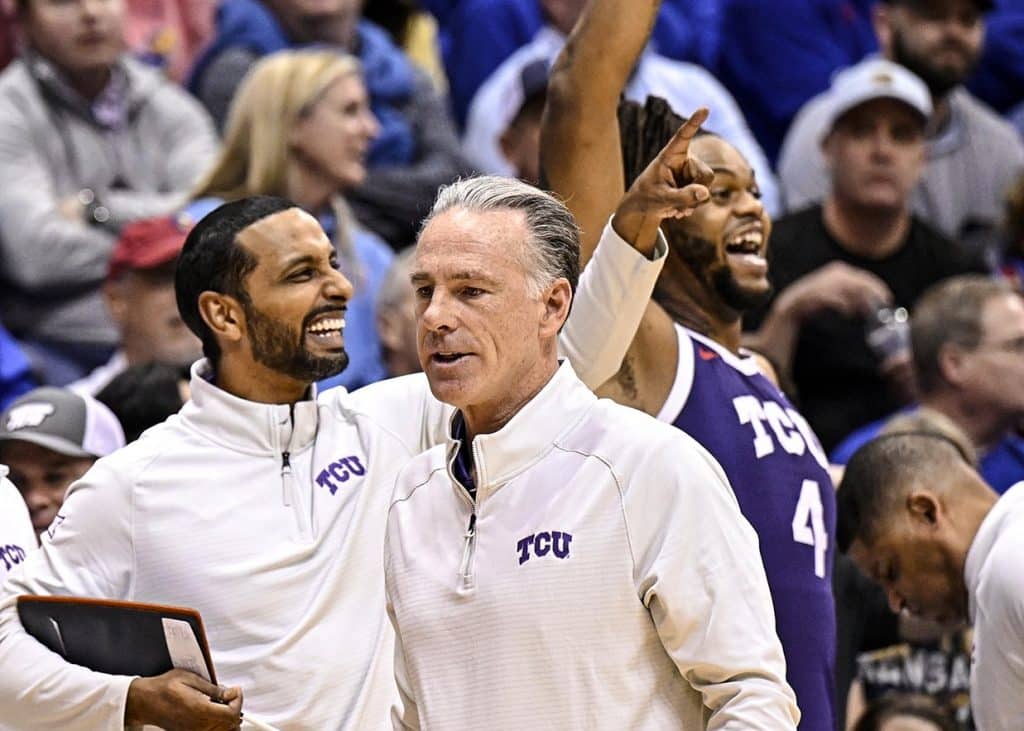