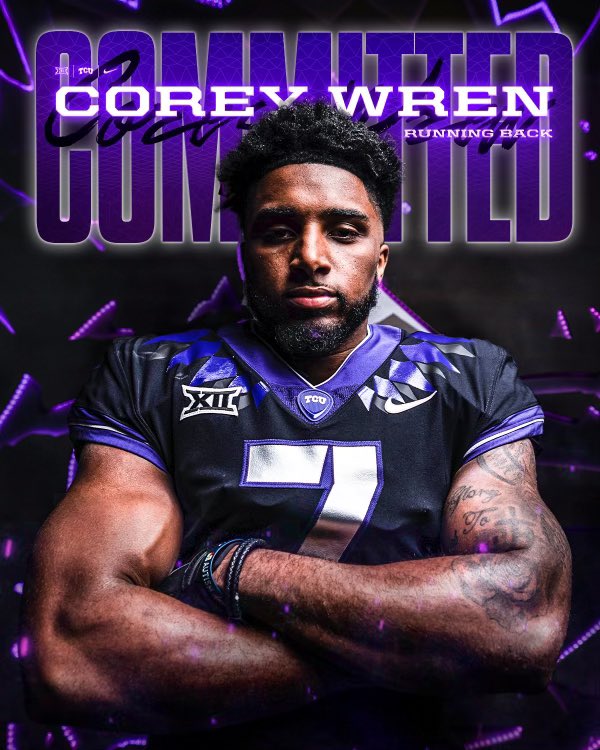 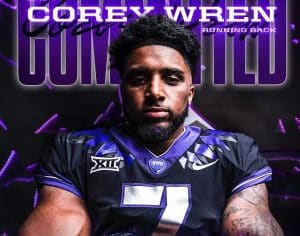 TCU added significant speed to its running back room on Saturday with the commitment of Florida State transfer Corey Wren. Wren, a redshirt sophomore, announced his intent to transfer  March 29, and it didn’t take him long to find a new home.

The Frogs were a major player in Wren’s recruitment out of high school before the New Orleans native signed with the Seminoles. Mostly a special-teams contributor at Florida State, Wren should step in and provide immediate depth and competition at running back.

Wren provides the Frogs with a burst of speed that the rest of the running backs don’t possess. A record-setting track star in high school, Wren was rated as the No. 21 athlete in the 2020 class. His personal best in the 100-meter was a blazing 10.41 seconds.

The addition of Wren also boosts TCU in the return game. Derius Davis shoulders most of that load currently. A return duo of Wren and Davis would certainly cause problems for opposing teams.

Gabe Brooks, an analyst for 24/7 Sports, wrote the following about Wren when was coming out of high school:

“Serious home run-hitting long speed. Doesn’t need to gear down much at all when changing direction. Could move around formations to diversify personnel packaging. Elite return game option.”