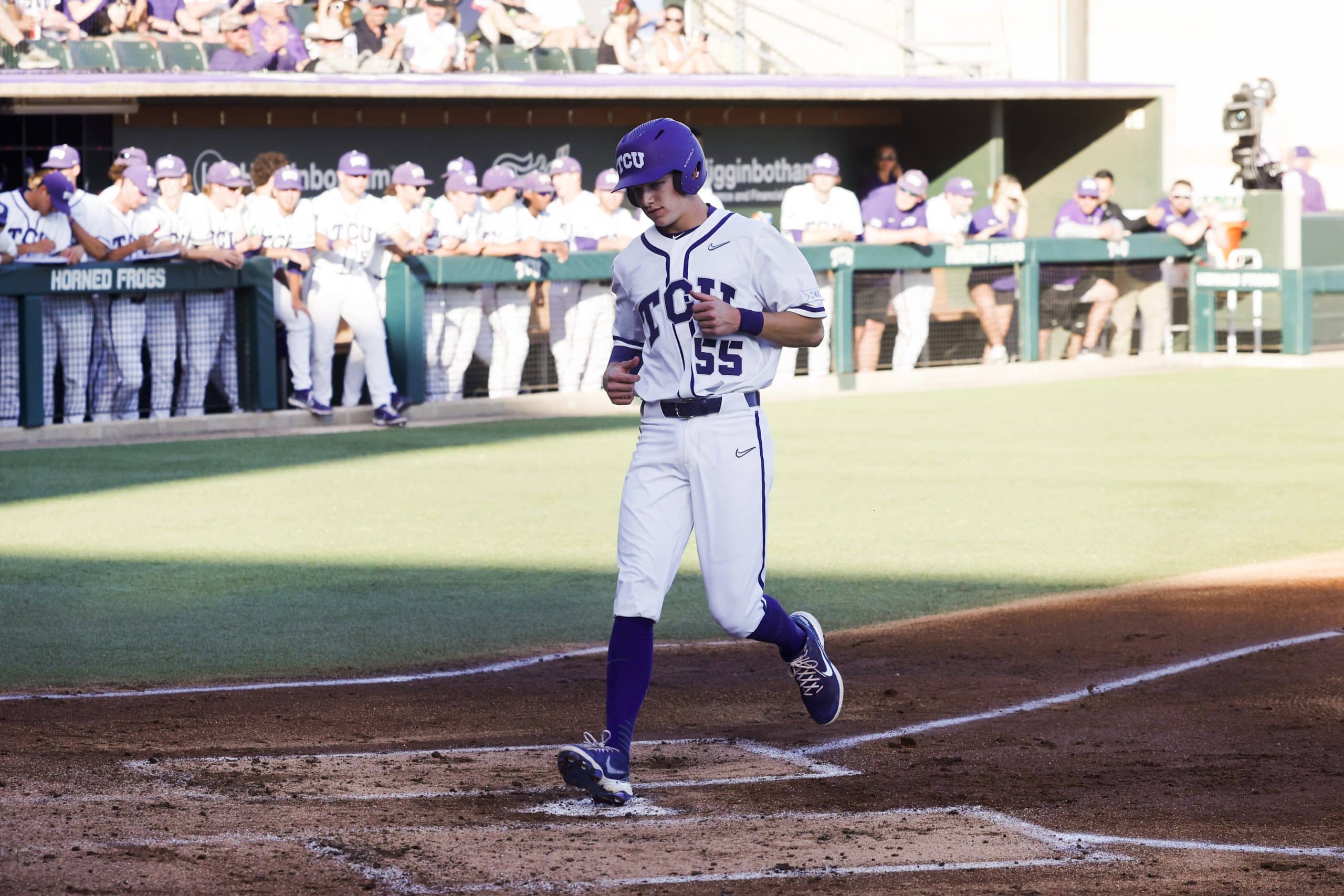 By Jamie PlunkettApril 8, 2022No Comments 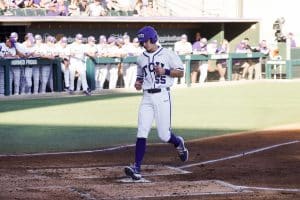 This weekend in Austin represents a massive challenge for the Horned Frogs. Texas, sitting at 22-9, is the No. 7 ranked team in the nation per D1baseball.com, has swept all three home series they’ve played this year, against Rice, Alabama, and Incarnate Word. The Frogs have won just one series in Austin since joining the Big 12.

Meanwhile, TCU is 2-4 in their last six games. The TCU bats have gone relatively quiet during this stretch, with the Frogs recording more than six hits just twice. TCU dropped just their second weekend series of the year this past weekend, but TCU coach Kirk Saarloos has reiterated multiple times that everything is still out in front of his Frogs.

Marcelo Perez has earned his way into the starting rotation for TCU, as he’ll take the ball to start Saturday’s contest. The shuffle comes after Perez pitched 6 2/3 innings in relief last Saturday, getting the Frogs out of a tough jam, stabilizing things, and eventually getting the win.

Meanwhile, Frog fans can expect David Bishop to return to the lineup after getting his first day off of the year on Tuesday. Bishop has reached safely in all 28 games he’s played in so far this season, and he’s currently second in the Big 12 with 37 RBIs. His bat has cooled as of late, though. The freshman is just 5-20 with one RBI in his last five games.

This is, without a doubt, TCU’s biggest challenge so far this season. Texas is 11-2 at home this season, and these games will all be completely sold out. It’s an uphill battle for a Frogs team that hasn’t been swinging the bats well for about a week.