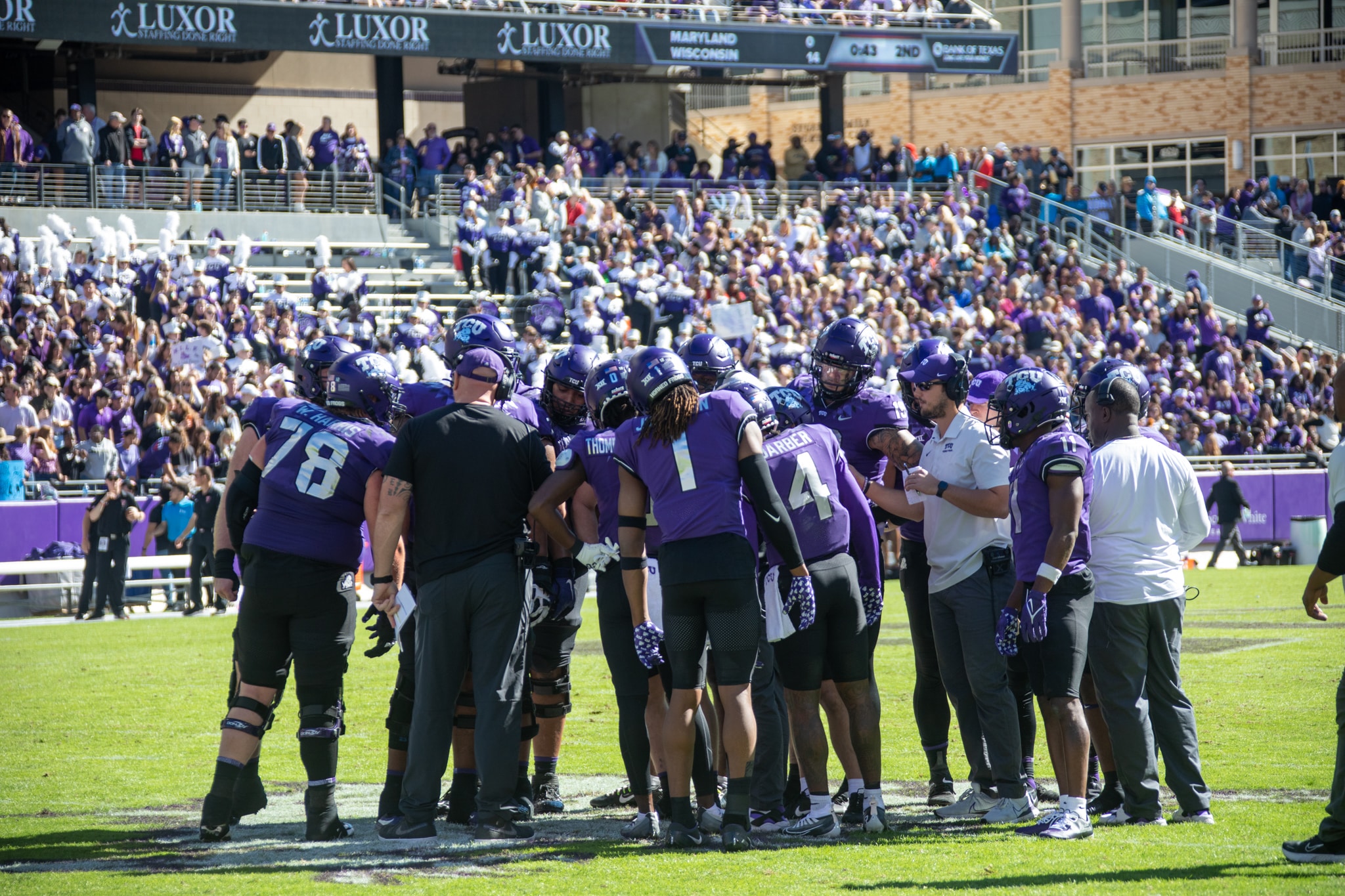 TCU can’t get no respect, but the under-Frogs keep proving them wrong

By Melissa TriebwasserNovember 13, 2022No Comments

Home » TCU can't get no respect, but the under-Frogs keep proving them wrong

TC controls its own destiny with three games remaining on the schedule, but the margin for error remains razor thin for the Frogs when it comes to their postseason dreams (Melissa Triebwasser/Frogs Today).

Rodney Dangerfield made the phrase famous years ago, turning his feelings of being under-appreciated into a Grammy-winning career.

TCU is unlikely to be up for any Grammys this year, but the lack of respect they have been given may well carry them to an equally impressive prize in their field, a berth in the College Football Playoffs. Until their game Saturday in Austin, never had a top-five program been a touchdown underdog to a team with three losses, and you can all but guarantee if the uniforms had been switched, so would the spread.

But the Horned Frogs continue to deal with disrespect, despite the fact that they are one of only two teams this season to have wins over five ranked opponents (Tennessee is the other) despite playing in what is considered the second-strongest RPI conference in the country, despite the fact that all they do is win.

TCU, for all intents and purposes, is the only college football playoff contender remaining that has zero margin for error.

And that makes zero sense to me.