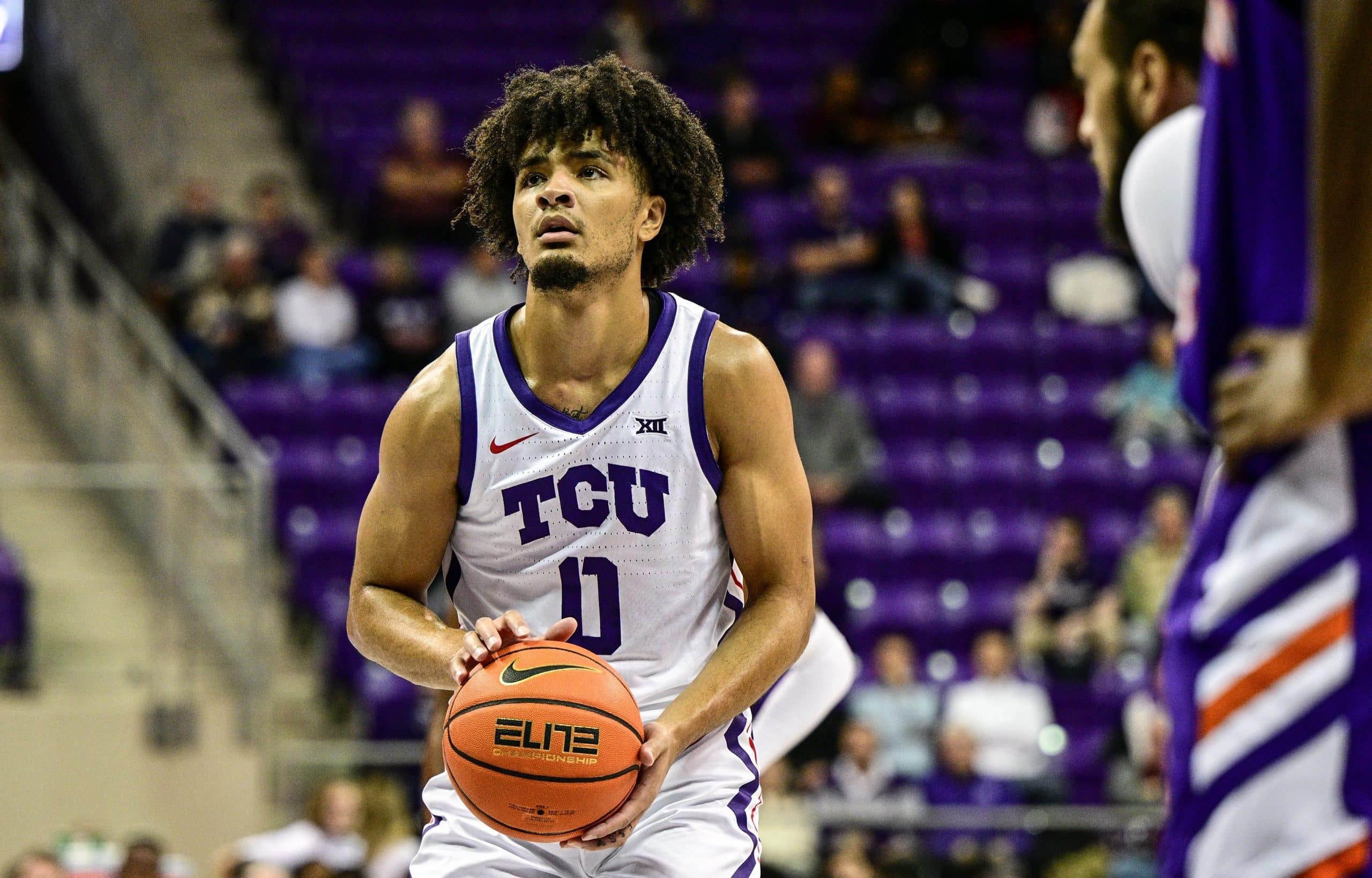 FORT WORTH – TCU made it three slow starts in a row Monday to open the season, but this time they couldn’t overcome their own mistakes in a 64-63 liss to Northwestern State:

The Frogs were just 2-for-21 from 3-point range, an abysmal 9.5 percent, making Chuck O’Bannon Jr.’s missed 3 as time expired an almost poetic ending.

O’Bannon led the Frogs with 12 points, while Micah Peavy was the only other scorer in double digits with 10 points.

Northwestern State was paced by Ja’Monta Black, who scored a game-high 25 points. Black shot 7-for-13 from on 3-pointers and made his final four shots to help the Demons overcome a late 61-56 deficit.

Mike Miles Jr. missed The game with a bone bruise. Coach Jamie Dixon said that Mikes will be reevaluated ahead of Thursday’s game against Louisiana-Monroe.

The junior guard suffered several bumps and bruises Friday during TCU’s win over Lamar. Miles went knee-to-knee with a Lamar defender in the first half, and rolled an ankle in the second half. He also took an elbow to the face from Peavy that  bloodied his nose.

TCU also got word Monday from the NCAA that guard Damion Baugh’s suspension is six games, setting him up to return on Nov. 30 when the Frogs take on Providence. Some of TCU’s struggles, especially when it comes to ball movement and defense, have come from Baugh’s absence through the first three games.

These three games count as a part of Baugh’s suspension.

Despite the absence of both Miles and Baugh, TCU should have been able to handle Northwestern State with ease. The Frogs were favored by 25 points and held a 12 point lead with less than 13 minutes remaining. From that point on TCU went just 5-of-18 from the floor with four turnovers, allowing the Demons to erase the deficit and come away with the shocking win.

After two lackluster performances to open the season, TCU fell a spot to No. 15 in the Associated Press poll. The Frogs, 30-plus point favorites in each of their first two games, won by a combined 12 points. Following Monday’s loss, they could fall out of the ranking ls next week.

Like the previous two games, TCU opened Monday night with poor shooting, bad turnovers and late rotations on defense. Mental errors and missed shots allowed the Demons to hang around, and even lead, for significant portions of the first half. The Frogs never led by more than three points in the first half, and carried a 31-29 lead into the break.

TCU shot just 31 percent from the floor and missed all nine 3-point shots in the half, missing open looks and failing to get the ball down low to Eddie Lampkin Jr. and Xavier Cork with any consistency.

The 3-point shooting and ball movement trends continued in the second half, as the Frogs connected on just 2 of 12 shots from deep, while Lampkin and Cork combined to finish with just six shot attempts.

Both Dixon and Emanuel Miller commented following the loss about getting the ball in the paint with more consistency.

Another concerning area for the Frogs was rebounding. While TCU outrebounded the Demons 41-34, the Frogs allowed themselves to be outrebounded in the second half 15-14. The Frogs finished last season as one of the best rebounding teams in the nation, but they’ve regressed in that area to open this season.

Following the loss, Miller was the only player to make himself available to the media, and he spoke about what’s holding this team back to open the season.

“Right now we’re not gelling together as a unit,” Miller said. “There are so many little things that we have to do, and I just don’t think we’re executing those little things well.”

TCU has a chance to bounce back on Thursday, when Louisiana-Monroe comes to Fort Worth.

You can watch Dixon and Miller’s full postgame comments below.