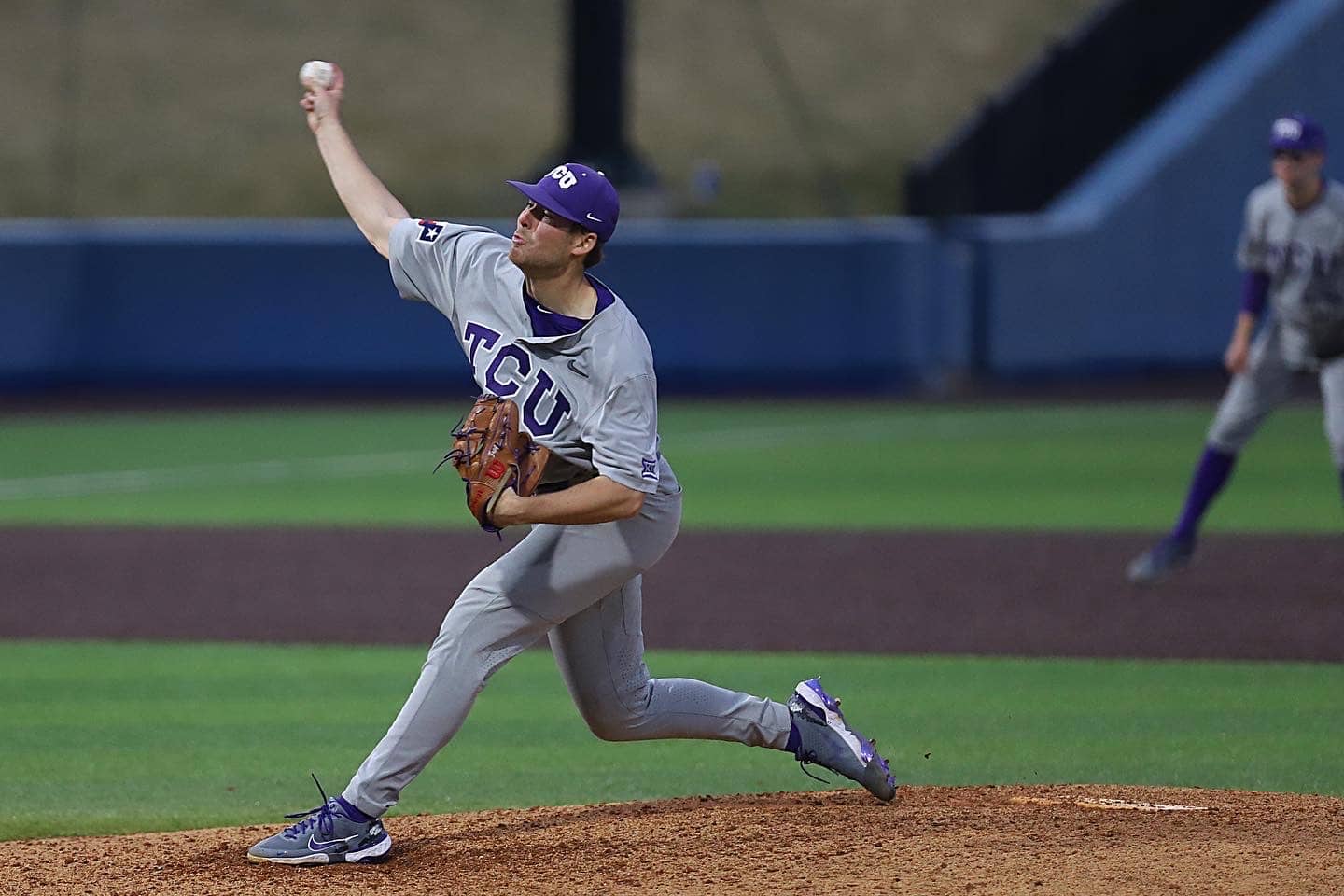 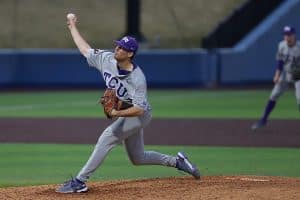 It’s far too early in the season to begin overreacting about a couple of bad outings, but we can take time to discern what is a fluke, and what is developing into a trend.

Elijah Nunez went 9-13 from the plate over the weekend. He scored four runs to go with a double, a triple, and an RBI. He also stole two more bases, bringing his tally to nine on the season. That’s just one off his total for all of 2021.

Through the first three weeks of the season Nunez has been a revelation at the top of the lineup. Part of a strong sophomore class for the Frogs, Nunez played so well this weekend that the official Kentucky baseball twitter account was talking about him.

River Ridings has a firm grip on the closer role, even after giving up a run in his outing on Saturday night. Ridings has four saves on the season, and the tall lefty has shown that he doesn’t get rattled easily.

Kurtis Byrne managed to avoid serious injury when he took a pitch to the face on Friday. Byrne returned to the lineup Saturday, going 3-7 and scoring two runs.  Byrne also showed good aggression on the basepaths and has shown growth defensively behind the plate. As long as Michael Petrie is sidelined with a broken wrist, Byrne is the go to guy at catcher.

The bullpen. Before the season, TCU coach Kirk Saarloos talked about the work he and his staff were doing to figure out bullpen roles for their various relievers. Three weeks into the season, and it seems like only two roles have been determined. Ridings and Caleb Bolden have been the two most consistent arms, but beyond them Saarloos hasn’t found a guy to consistently hand the baseball to in big moments.

The bullpen has given up 23 runs in 30.2 innings pitched, and while the strikeout numbers are there (49), a combined WHIP of 2.02 and BABIP (batting average on balls in play) of .422 are both way, way too high.

The bottom third of the lineup has struggled to get on base consistently. Saarloos has tried a variety of bats in the 7-8-9 spots, but has yet to find a combination that can consistently turn the lineup over. Some guys have showed signs of life lately, specifically Logan Maxwell and Porter Brown, but overall there’s still work to do here.

Hitting for power has never been a staple of TCU’s offense, but they’ve always had a couple of guys who could hit it out at any given moment. That doesn’t seem to be the case this year, as the Frogs have hit just five home runs through their first 11 games. That number has TCU tied for 210th in the country. The Frogs have showed that they can manufacture runs without the long ball, but a consistent big bat would go a long way to balancing out the lineup.

Brett Walker leads the Frogs in innings pitched and strikeouts, and has been the most consistent weekend starter for the Horned Frogs through three weeks. With both Krob and Cornelio struggling against Kentucky, Walker did his best to ensure that the Frogs didn’t come away from Lexington empty handed. That being said, his bullpen still managed to give away a 7-0 lead that almost cost the Frogs the game.

Cam Brown was stellar in his Tuesday start against UT-Arlington. The sophomore went six innings, scattering six hits and allowing two runs while striking out nine. Brown now has 16 strikeouts to just two walks in 11 innings pitched this season.

Brayden Taylor and David Bishop have continued to provide steady production in the three and four holes in the lineup.  The duo has combined for seven of TCU’s 27 extra base hits this season, as well as two of the team’s five home runs. Defensively they’ve also locked down the corners of the infield, committing just one error between them.

TCU travels to Louisville, Ky. on Tuesday for a game against the Cardinals before heading back to Fort Worth for a weekend series against Army. It’s a bit odd that TCU will be a month into the season before their first weekend series at Lupton, but Frog fans will surely turn out to see if TCU baseball can bounce back.