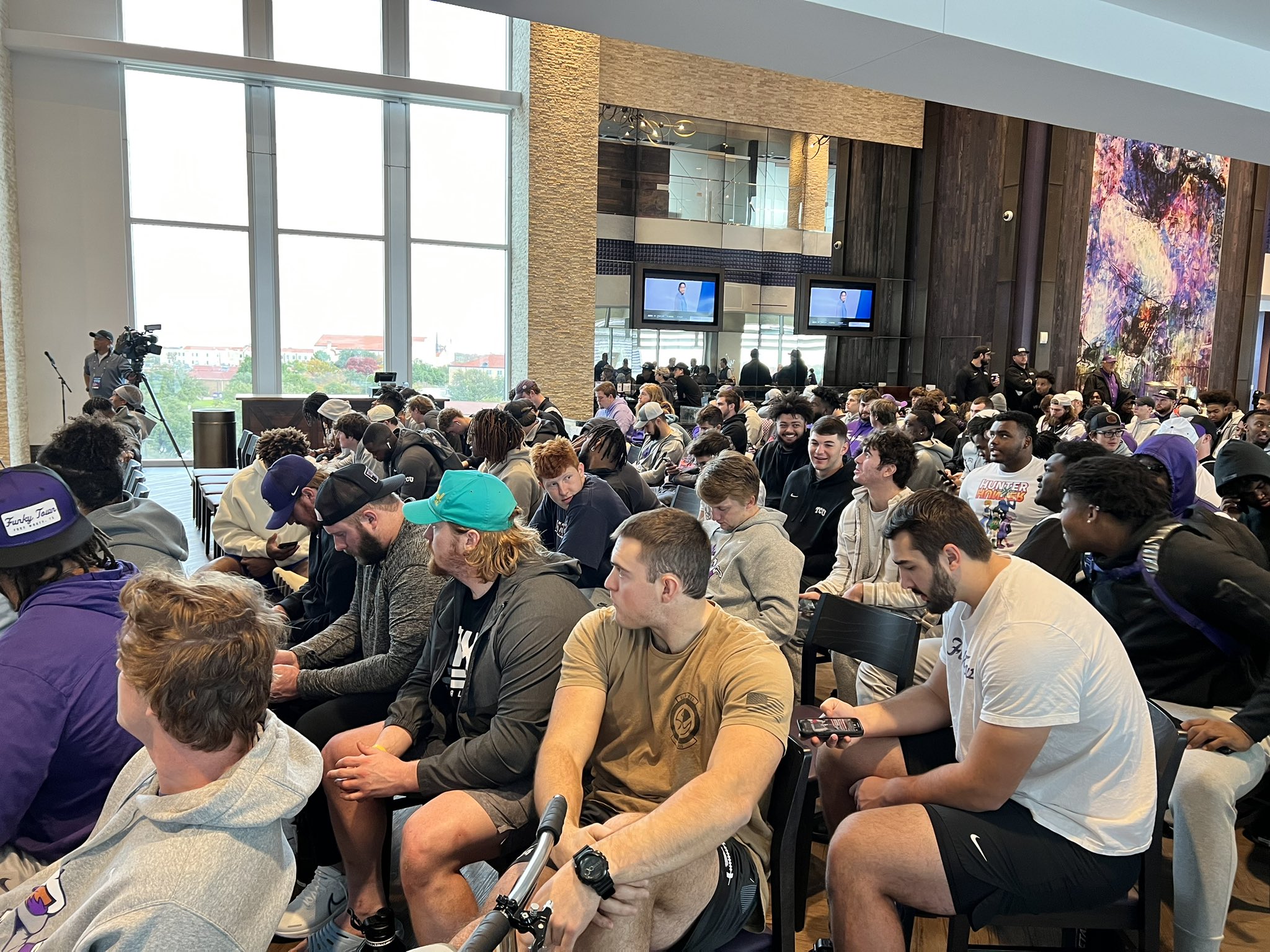 FORT WORTH — The Legends Club exploded with cheers Sunday morning, as TCU learned its fate. The Horned Frogs are in the College Football Playoff as the No. 3 seed, and they’ll face Michigan on Dec. 31 in the Fiesta Bowl.

#TCU is going to the College Football Playoffs! They’ll face Michigan in the Fiesta Bowl. pic.twitter.com/YyLHZSlGuF

“What an incredible matchup we have in Michigan and TCU for the College Football Playoff Semifinal at the Vrbo Fiesta Bowl,” said Randal Norton, Fiesta Bowl Board Chair. “One of best things about our bowl is having matchups that don’t normally occur. This is the first time these two teams will ever meet on the field, and it’s been 35 years since Michigan last played in the Fiesta Bowl. TCU has been an intriguing story all year and one of these teams will move on to the National Championship.”

TCU becomes the first school from Texas and just the second Big 12 team to reach the College Football Playoff, and is the second non-traditional power to be included in the CFP despite having a loss. Cincinnati made the playoffs in 2021 with a perfect 13-0 record, while Washington reached the 2017 CFP with a 12-1 record.

TCU head coach Sonny Dykes spoke with the media following the announcement, and talked about the Frogs being the first team from Texas to make the CFP.

TCU earned a berth in the CFP with a 12-1 record and an appearance in the Big 12 championship game. Losing on Saturday to Kansas State 31-28 didn’t come back to bite the Frogs, as they already had a win over the Wildcats in the regular season.

Frogs Today will continue to provide details in the coming days about TCU’s next opponent, Michigan, as well as a breakdown of everything you’ll need to know to get ready for TCU in the College Football Playoff. 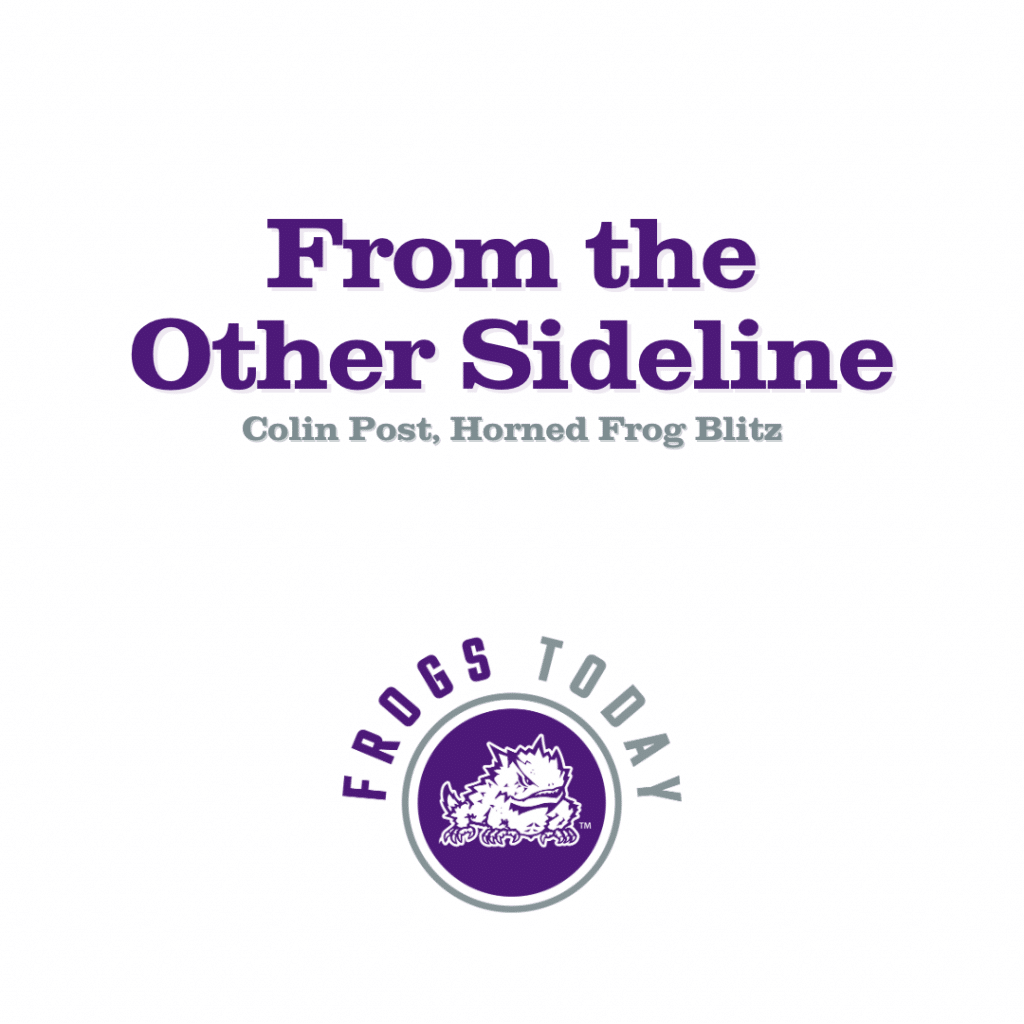