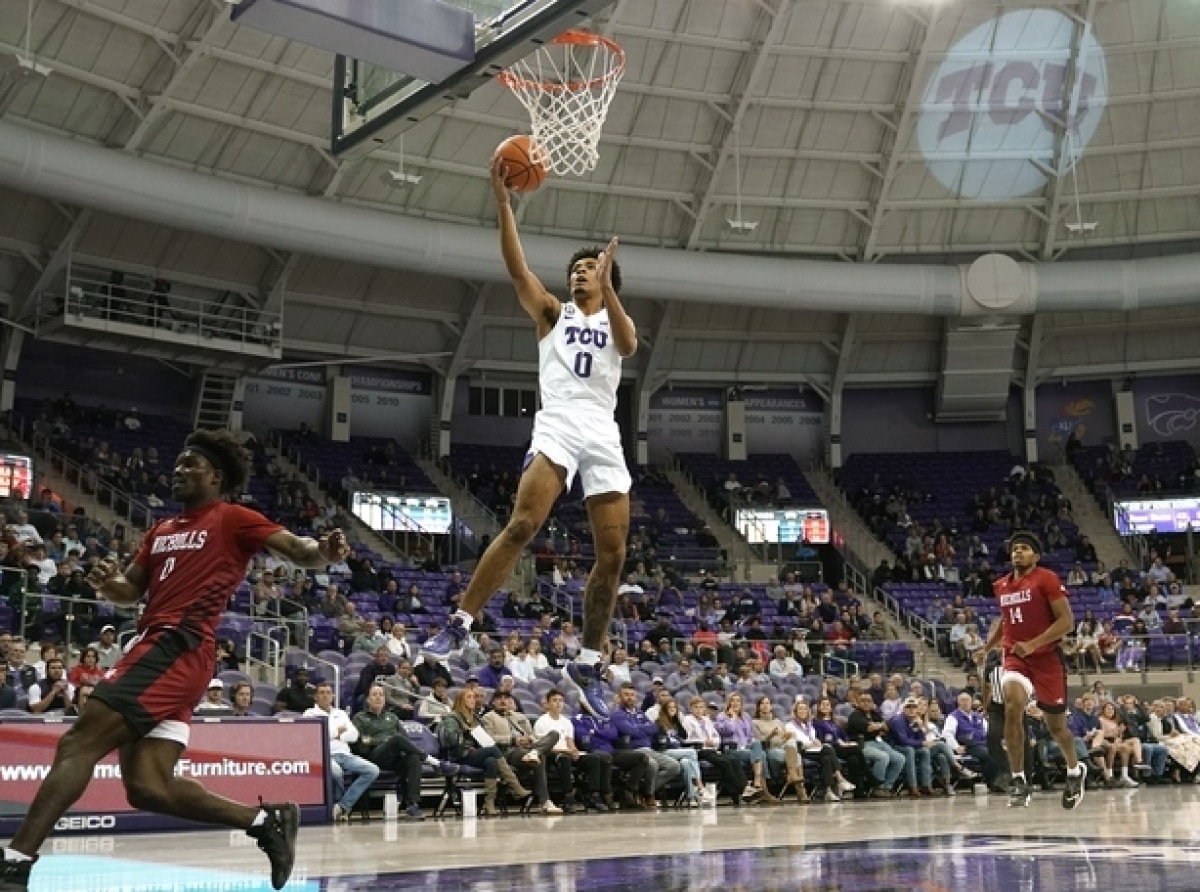 ‘Every team is in this situation’: TCU men making swift adjustment with transfers

Home » ‘Every team is in this situation’: TCU men making swift adjustment with transfers

‘Every team is in this situation’: TCU men making swift adjustment with transfers The Frogs added eight newcomers from other programs, including Micah Peavy, after losing seven players from last season to the portal (The Associated Press).

FORT WORTH — Make sure to grab a program at Daniel-Meyer Coliseum, TCU basketball fans. The men’s team is, with only a few exceptions, entirely new this season.

That’s the nature of the beast these days, coach Jamie Dixon says. The transfer portal has players chasing playing time, seeking an upgrade to a better program or bolting following a coaching change — all without having to sit out a season.

The Horned Frogs are hardly alone.

“Every school in the country is going, ‘We’ve got all these transfers,'” Dixon said. “And then they just need to go look at the other team and they realize, ‘Well, everybody’s going with transfers.’ It shouldn’t be a surprise.”

It’s not anymore, and Dixon is one of more than 300 Division I coaches making the transition to what is akin to free agency. Rosters are going to turn over every season at every school in the nation.

Dixon and his staff welcomed eight transfers for the 2021-22 campaign after seven left following last season and R.J. Nembhard left early for the NBA. Seven of the eight players came from Division I programs.

Here’s the catch: The Frogs might actually be better than they were a year ago.

“Oh, we’re a lot better,” sophomore guard Mike Miles Jr. said. “I feel like this team is more focused, more focused on our main goals. And that’s when last year was kind of a tricky situation. I didn’t feel like we really bonded as a team. It showed in our record. That’s really the main thing we’re trying to do, build chemistry. We’ve been doing that. We got better from when we first got here to now.”

That group and four holdovers have helped TCU jump to a 9-1 start to the season. The good news is that Miles is one of the returnees, and he has been the Frogs’ leading scorer early so far.

Last season was unique, with COVID-19 disrupting everything. It wasn’t just the games that were directly affected by players missing games. Players were missing practices, too, and the start of practices was delayed while the NCAA tried to sort out how to conduct a season.

The Frogs are also bigger, longer and more athletic with the newcomers. Besides Miles, only Chuck O’Bannon Jr., Francisco Farrabello and Eddie Lampkin Jr. returned from last season.

Also, this season the coaches first got to work with players in June. The chemistry issues that people thought might exist with eight newcomers were taken care of in the five months before the season opener and in exhibition games against UT-El Paso and Mississippi State.

They don’t see each other only on the court. They hang out together. They’re friends.

“I think it’s easier than I thought it was going to be,” said Peavy, the former Duncanville star who transferred after a year at Texas Tech. “We just all get along, and we just clicked right away on the court and off the court.”

Miller has been the Frogs’ best player outside of Miles, who has scored in double figures in every game. He has also recorded three double-doubles, with double-digit rebound games of 13, 13 and 15.

He came from Texas A&M, where A&M coaches said he was seeking a fresh start. He’s found one at TCU, which plays in a better basketball conference than A&M.

“Why not TCU?” Miller said. “The culture here is just amazing. You see all the athletic programs. I see football on the stands. I see soccer in the stands. Any sport, we just want to support each other. And when you have a program, when you have a culture of that magnitude, those are easy decisions.”

So far, so good for Miller and TCU, who are adjusting to the new era of college sports.