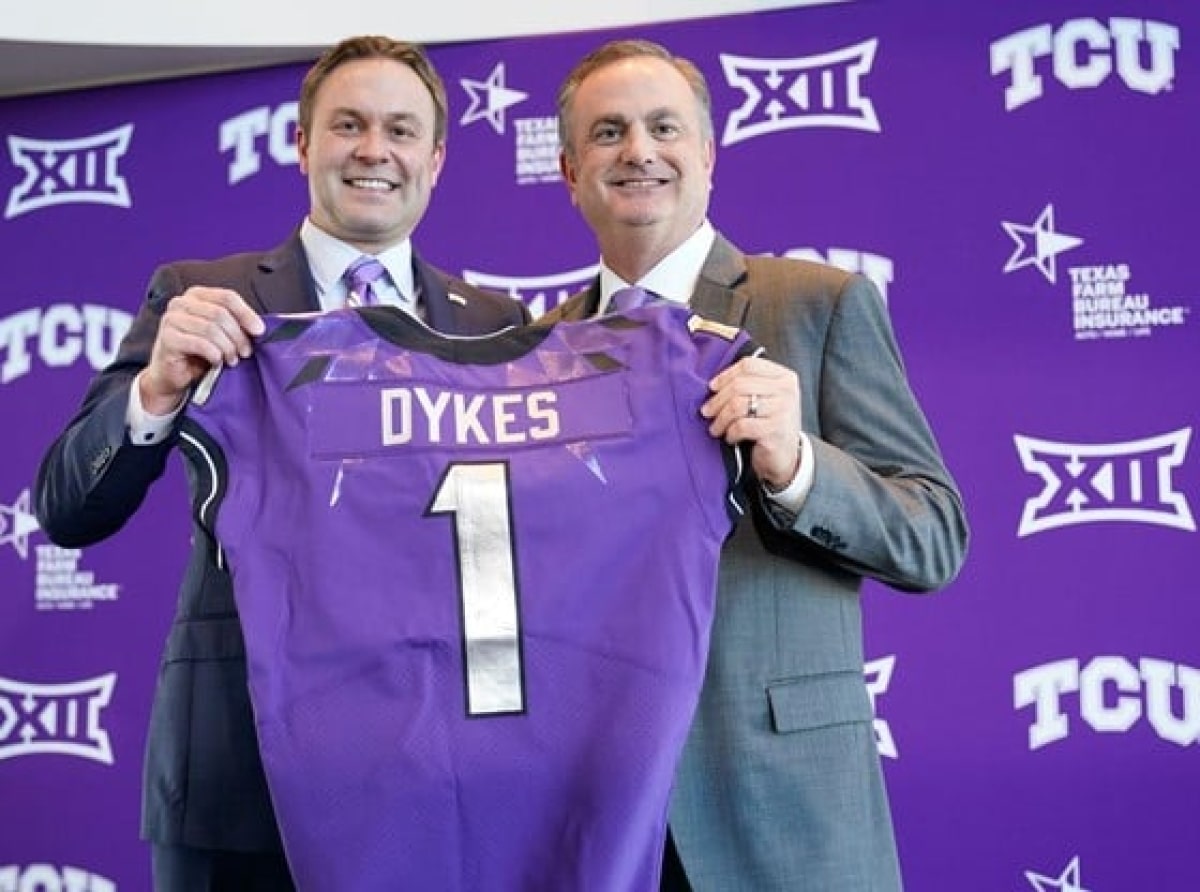 FORT WORTH — The last name Dykes still carries some weight in football circles in the Lone Star State.

Spike Dykes coached in Texas for nearly 40 years, beginning in the 1960s in the prep ranks before landing a job as an assistant coach at Texas under Darrell Royal. Dykes returned to the high-school level to coach Midland in 1980 through 1983.

But he made his name at Texas Tech, first as the Red Raiders’ defensive coordinator in 1984 and two years later became the head coach. He stayed in Lubbock 13 seasons and left as the winningest coach in Red Raiders history.

Along the way, a son, Sonny, was born. He played football at Coronado High in Lubbock but was a better baseball player. In fact, he never stepped on the football field while becoming a first baseman for the Red Raiders.

But his professional calling was as a football coach, and now the 52-year-old Dykes has been tasked with replacing the legendary Gary Patterson as TCU’s head coach.

It won’t be easy, and it will be done differently. Dykes is known for being an offensive-minded coach, whereas Patterson built teams around his 4-2-5 defense.

Among the players who flourished under Dykes, either as an assistant coach or a head coach, were tight end Rob Gronkowski, wide receiver Wes Welker and quarterbacks Jared Goff and Shane Buechele.

Dykes comes to TCU from Dallas, where he went 30-17x the past four seasons as SMU’s head coach. The Frogs are the fourth team he has guided, and he will take over in Fort Worth with a 71-62x career record.