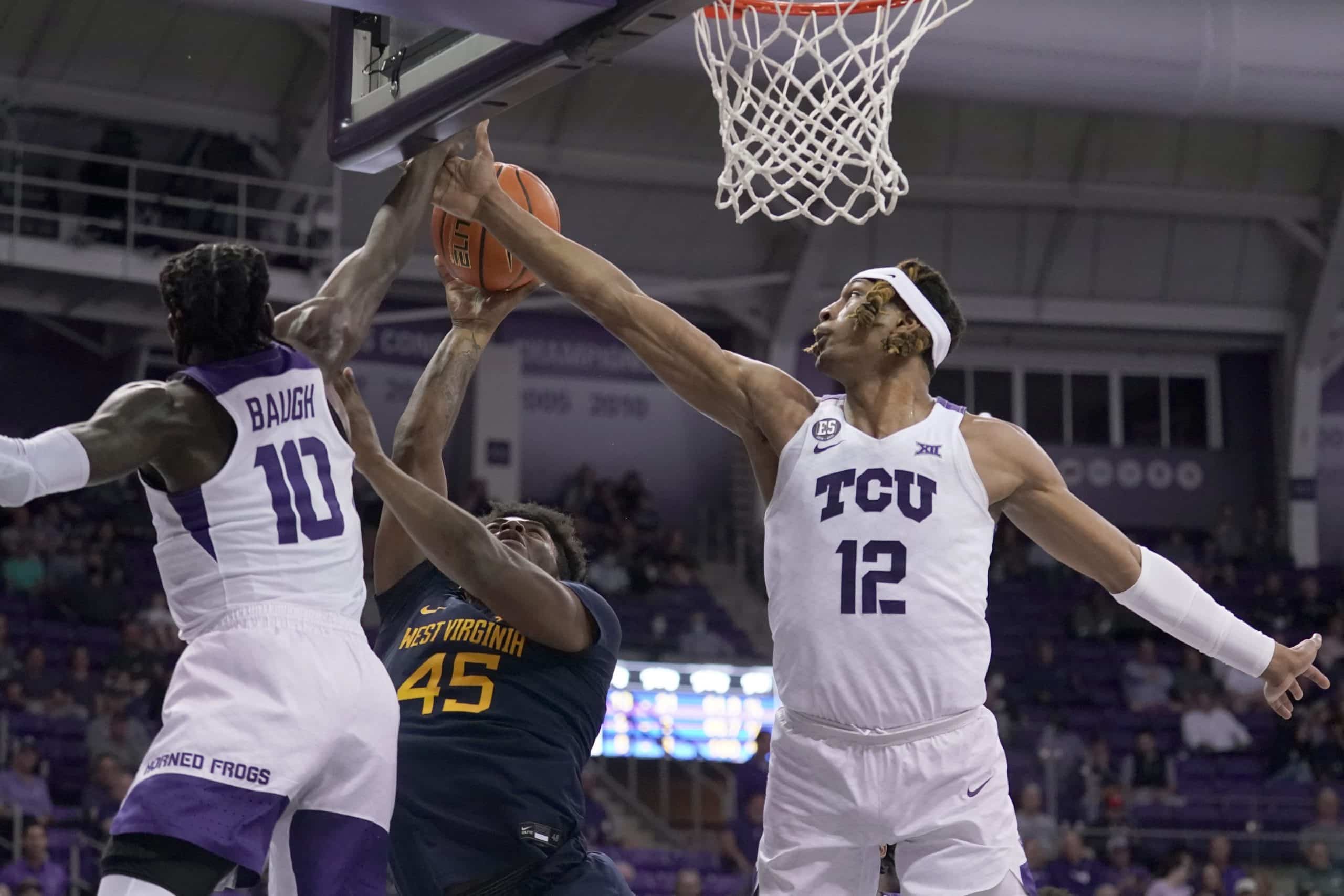 TCU needed a win over West Virginia. Here’s how the Frogs got it done

Home » TCU needed a win over West Virginia. Here’s how the Frogs got it done

FORT WORTH — West Virginia came limping into Schollmaier Arena on Monday night, and the timing couldn’t have been better.

The Mountaineers hadn’t won on the road in Big 12 play, and, oddly for a Bob Huggins-coached team, aren’t particularly good on defense.

In other words, West Virginia was very beatable, and TCU very badly needed to beat somebody.

The Horned Frogs did beat West Virginia, 77-67, to snap a three-game losing streak. Emanuel Miller led five players in double figures with 18 points in a game TCU had to win to keep its NCAA Tournament hopes alive.

“It feels good being here and being happy to to be back in the win column,” Miller said. “It feels amazing. It’s what we’d been doing earlier in the year and it feels great. We overcame the challenges. We lost three in a row, never happened this year. And this feels good.”

TCU tried only 14 3-pointers, hitting four, and scored 40 points in the paint. The Frogs enjoyed a massive rebounding advantage, 42-24, and grabbed 13 offensive rebounds.

The Frogs emphasized getting to the basket on penetration, which was a by-product of West Virginia overplaying on the ball. Coach Jamie Dixon said the penetration with quality spacing led to the big offensive game.

The victory seemed to give the Frogs a jolt as well as a sigh of relief following losses to Texas Tech, Kansas State and Baylor. The Frogs improved to 17-8 overall and 6-7 in conference play, one more loss than their Wednesday opponent, Texas.

A win in Austin would do wonders for the Frogs’ NCAA Tournament hopes. They are on the bubble now with five Big 12 games to go — at Texas, vs. Texas Tech, vs. Kansas, at Kansas and at West Virginia.

TCU led by as many as 11 in the first half but was up only 43-42 at halftime after failing to score over the final 4:24 while West Virginia (14-13, 3-11) closed on a 10-0 run. But the Frogs stretched their lead to nine early in the second half, and the margin yo-yo’d between three and seven points much of the next seven minutes.

TCU started to gradually pull away around the eight-minute mark, stretching a five-point lead to as many as 13.

Dixon, as always, saw areas where the Frogs need to be better. He wasn’t pleased with 16 turnovers and 60% foul shooting, including just 5-of-10 for Miles.

But Dixon wasn’t about to give back the win.

“There’s nobody going undefeated, and this thing [Big 12] top to bottom is the best it’s ever been,” Dixon said. “The good thing is you go through some troubles, you’ve got guys out, you’ve got guys playing hurt. Do you fade? You’ve seen that happen in this league, and we didn’t.”