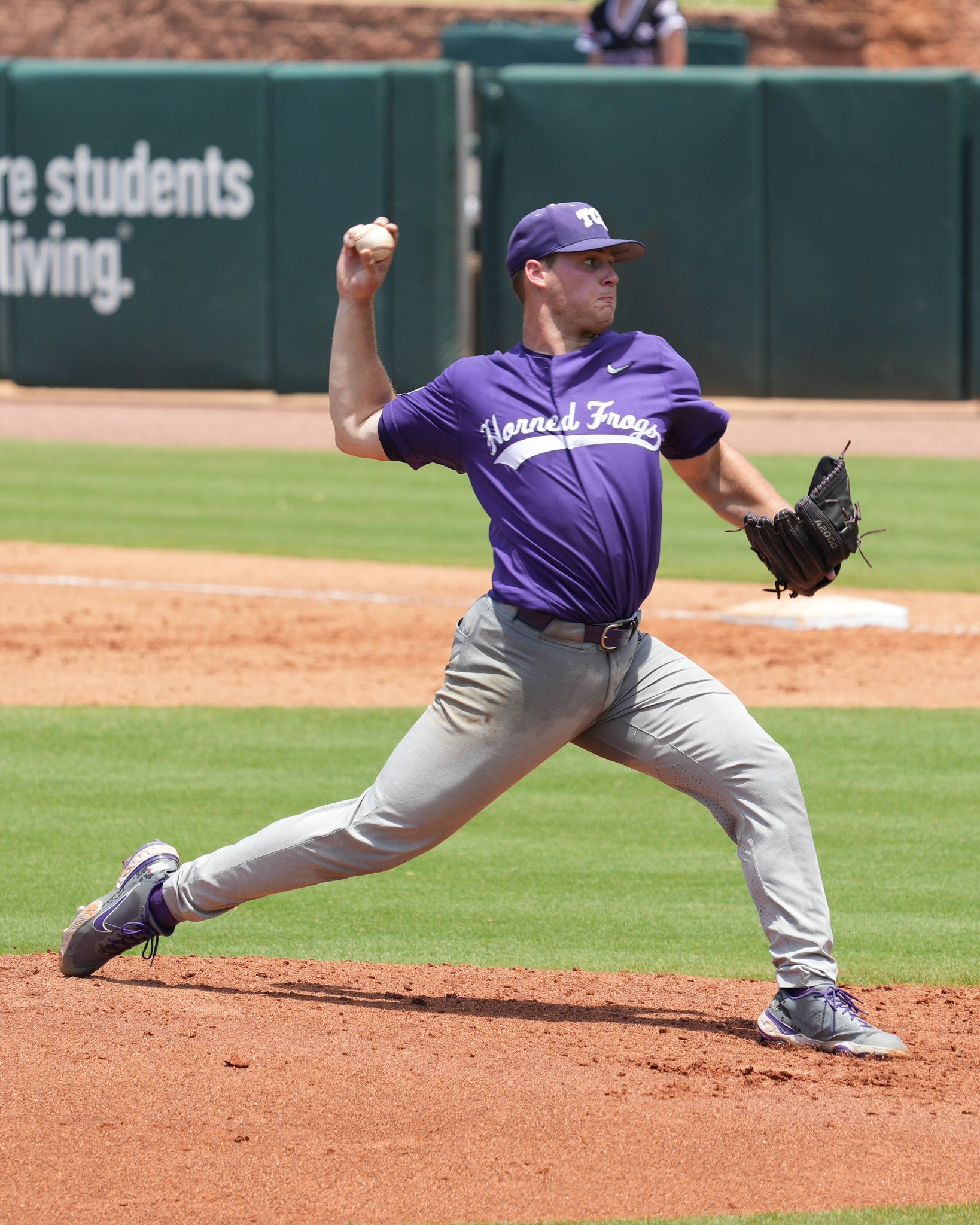 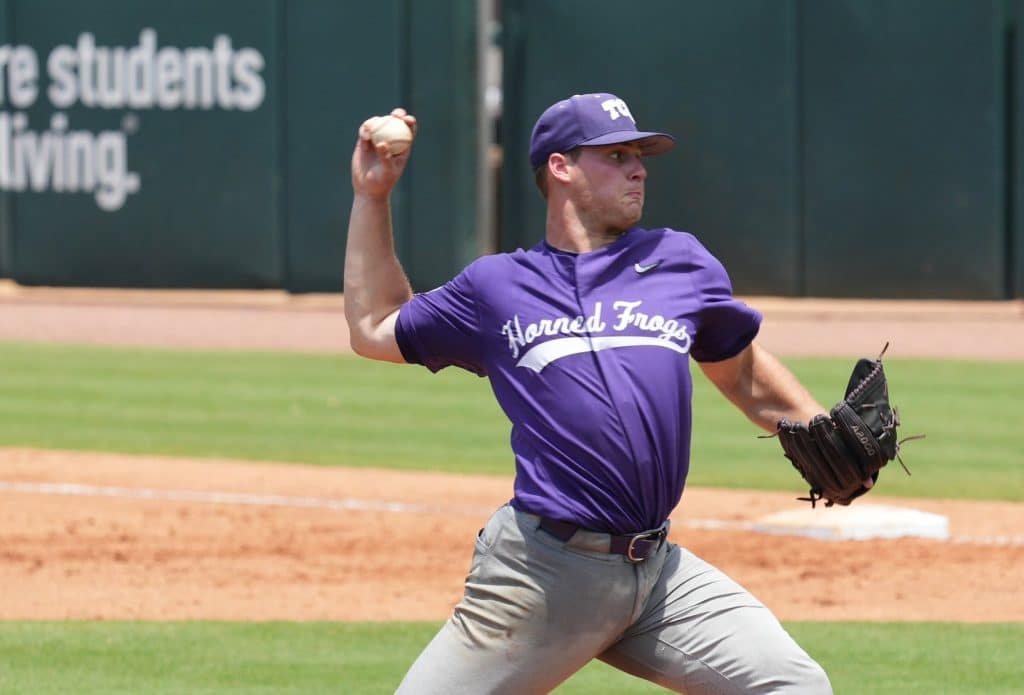 Cam Brown pitched the game of his life in a 6-1 victory over Louisiana in the College Station Regional (TCU Baseball).

TCU will now get the matchup fans have been waiting for, as they play Texas A&M on Sunday at 7 p.m.

Prior to Sunday, Brown’s longest career outing was a six-inning appearance against UT-Arlington in the second week of the season. His previous high for pitches was 95, in his relief outing against Oklahoma.

Brown’s appearance was reminiscent of the last time TCU traveled to College Station for a regional in 2012, when then-sophomore Stefan Chrichton pitched a complete game to eliminate the Aggies from the tournament.

Our @FrogPreacher had to chat with @cambrown2020 after a stellar outing to keep #TCU’s season alive. pic.twitter.com/yHSPrZtsPC

Louisiana finished the game 0-for-10 with runners in scoring position, struggling to get clutch hits when they were needed most. A lot of that had to do with Brown, whose 114 pitches were “wildly effective” according to Louisiana coach Matt Deggs. Brown missed the zone enough to keep the Ragin’ Cajun bats off balance, but threw strikes with both his fastball and slider when he needed to.

Meanwhile, the Frogs’ bats had Brown’s back early, giving him a lead he would never relinquish in the first inning. Brayden Taylor hit his second home run in as many days in the first inning, a two-run shot to right field that Tommy Sacco and gave the Frogs a 2-0 lead.

“You want your best players clicking at the right time,” Saarloos said. “Brayden got a fastball middle-in and hit a home run that got us off to a good start in terms of getting us two runs early.”

Beyond his bat, Taylor flashed his leather a few times behind Brown, making the plays TCU fans have become accustomed to but that are dazzling nonetheless.

“The defense portion of it, he made some really, really tough plays, especially the last one that had a lot of english on it,” Saarloos said. “It kind of checked up on him and went back the other way. He’s been solid all year over there. It’s nice when your three-hole hitter hits a home run and then plays stellar defense. That makes things a lot easier.”

Louisiana got one back in the bottom of the first courtesy of a little luck. After a leadoff single, a soft ground ball that stayed fair put two runners on for the Ragin’ Cajuns with no outs. The next batter hit a routine ground ball to Reed Spenrath at first, but his throw to second hit the runner in the back to load the bases with no outs.

Another soft ground ball became the first out of the inning, as Brown fielded it and tossed it to Kurtis Byrne at the plate. Brown then walked in a run to make it 2-1  before striking out the next two batters to get out of the jam.

“I had kind of been down that road before, with a rougher first inning,” Brown said. “I just knew that things I had done in the past hadn’t worked, and just to stay the course and believe in myself and keep filling it up.”

The Frogs got the run right back in second when Elijah Nunez hit a two-out single to center, scoring Luke Boyers from second base.

TCU added to its lead in the fourth, with back-to-back doubles from Gray Rodgers and Porter Brown putting the Frogs ahead 4-1. The Frogs extended their lead even further with two more runs in the eighth. First, Nunez recorded his second RBI of the day with a sacrifice fly to right field, then Sacco singled to score Rodgers.

In between the Frogs scoring, Brown continued asserting himself on the mound, his confidence growing by the pitch knowing the guys around him have his back.

“This whole team gives me confidence,” Brown said. “I told myself when I was talking with my family last night, playing with guys like Gray Rodgers and Augie Mihlbauer, and everyone else, you never know what the last play or the last pitch might be for them. I was just going to roll it out there and say, ‘Hey, I want these guys to keep going.’ They’re the ones that give me confidence every day. Those guys are patting me on the back every inning regardless of what happens, so I’m
rolling it out there for those guys.”

Drew Hill entered in the ninth inning, stranding two more Ragin’ Cajuns in scoring position to close out the game.