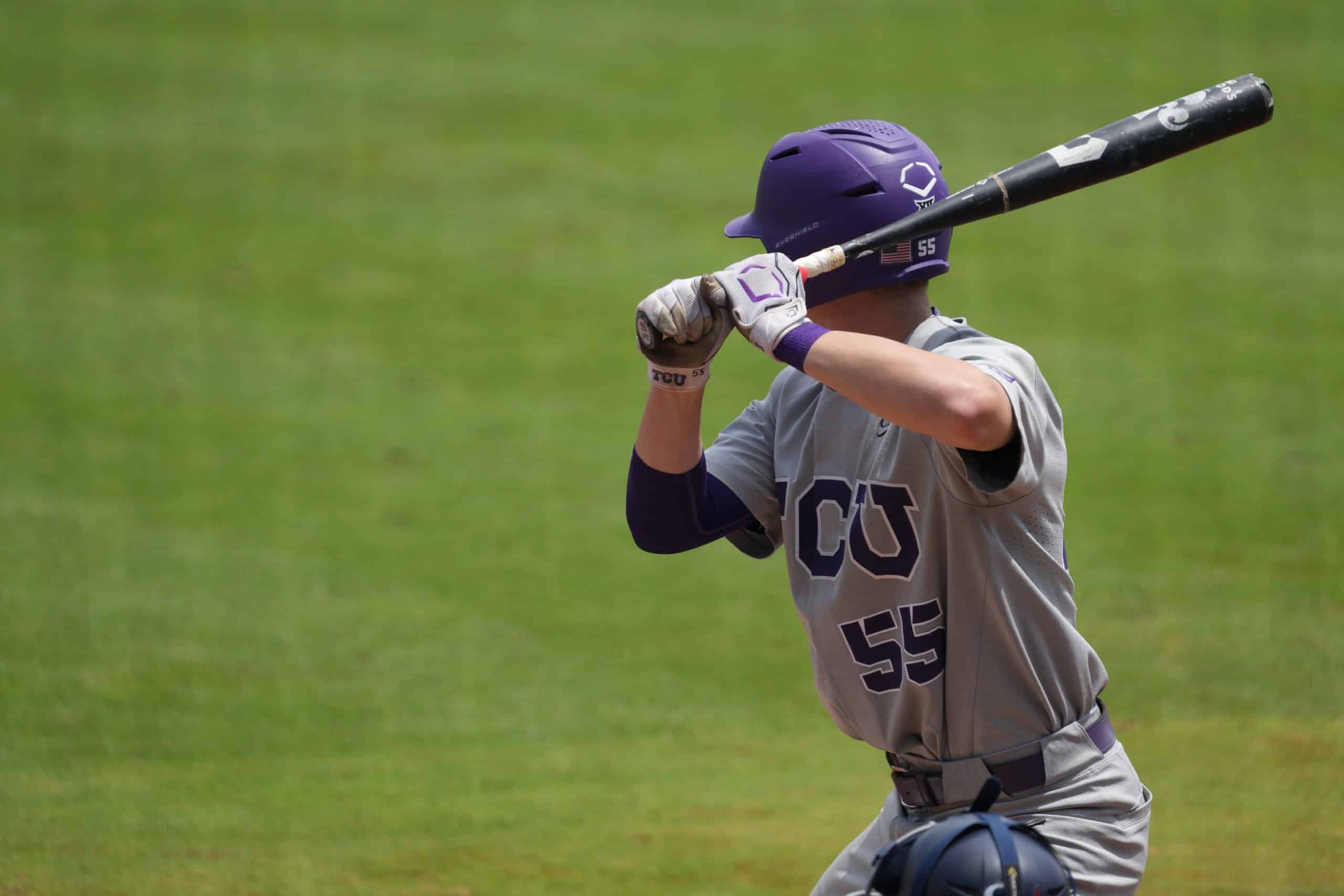 Survive and advance: TCU gets past Oral Roberts 3-1

By Jamie PlunkettJune 4, 2022No Comments

Home » Survive and advance: TCU gets past Oral Roberts 3-1 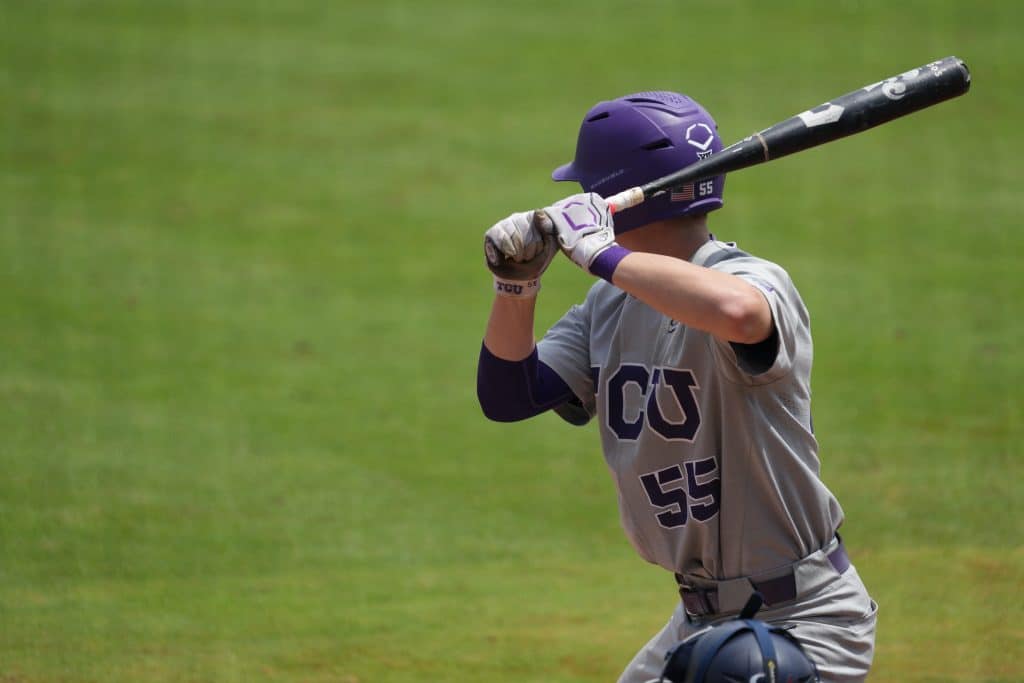 Brayden Taylor hit one of TCU’s two home runs to help the Frogs get past Oral Roberts 3-1 (TCU Baseball).

The Horned Frogs knocked off Oral Roberts 3-1 on Saturday in an afternoon elimination game highlighted by incredible defense and great pitching.

The second-seed Frogs will play No. 3 seed Louisiana at 1 p.m. Sunday in a rematch of the first-round game Friday that the Ragin’ Cajuns won 7-6. Right-hander Cam Brown will start for Frogs.

Caleb Bolden (5-2) was credited for the win after 1 1/3 innings in relief, while Garrett Wright worked an eight-out save for his longest appearance of the season.

The offense did just enough, with Brayden Taylor and Kurtis Byrne hitting solo home runs on back-to-back pitches in the sixth.

Byrne, though, starred behind the plate. Oral Roberts coach Ryan Folmar said if not for Byrne, the Frogs might be back in Fort Worth already.

“One of the big differences in the game, for me, looking at the whole of the game, was their catcher,” Folmar said. “I think it went a little bit unnoticed how many bases that guy saved them throughout the course of the game. There had to be 12, 14 balls in the dirt that were not routine or easy blocks, and that guy made every one of them.”

Byrne made a few in the seventh inning, which proved to be the Golden Eagles’ last threat of the game.

“When it’s 90 degrees like it is today, his uniform went from the original gray to charcoal gray because he’s sweating so much,” TCU coach Kirk Saarloos said. “He did an unbelievable job of blocking pitches.”

TCU ran into a bit of trouble in the seventh, when Brett Walker gave up two singles to start the inning. Saarloos used a quick hook, pulling Walker after just six pitches and calling on Augie Mihlbauer.

Mihlbauer did his job against Caleb Denny, Oral Roberts’ big left-handed hitter, getting a strikeout for the first out. Saarloos then called on Wright in what he said was a big moment.

“That was the biggest point in the game,” Saarloos said. “I wanted to bring in Garrett in that situation against the middle part of their order. We saw what happened after that.”

What happened after that was 2 2/3 innings from Wright, who struck out four while stranding four Golden Eagles on base and earned his fifth save of the season with a gusty performance.

The game was tight throughout.

TCU had an opportunity to get on the board in the first inning, but Oral Roberts center fielder Connor Beichler made an incredible diving catch to rob Brayden Taylor of at least a double. Elijah Nunez, who had already rounded second when the catch was made, had to scramble to get back to first base. He likely would have scored on the hit.

Beichler made another SportsCenter top-10 catch on a Taylor drive in the ninth inning. Folmar said that’s par for the course for Beichler.

“He is a difference-maker defensively,” Folmar said. “I don’t know if I have ever seen a game like that where a guy makes two of those kinds of plays. Those were both run saving plays in big moments, that was pretty special.”

The Frogs did open the scoring in the third inning, when Tommy Sacco doubled to left field with two outs to score  Nunez from second.

Frogs starter Marcelo Perez didn’t encounter much trouble through is first four innings, but got into a jam with two outs in the fifth. Two singles and walk loaded the bases for Oral Roberts and ended Perez’s day. Bolden entered the game trying to get out of the jam. Instead, he threw a wild pitch that allowing the Golden Eagles to tie the game.

The Frogs didn’t waste time jumping back on top. Taylor and Byrne connected in the sixth, putting TCU up for good.