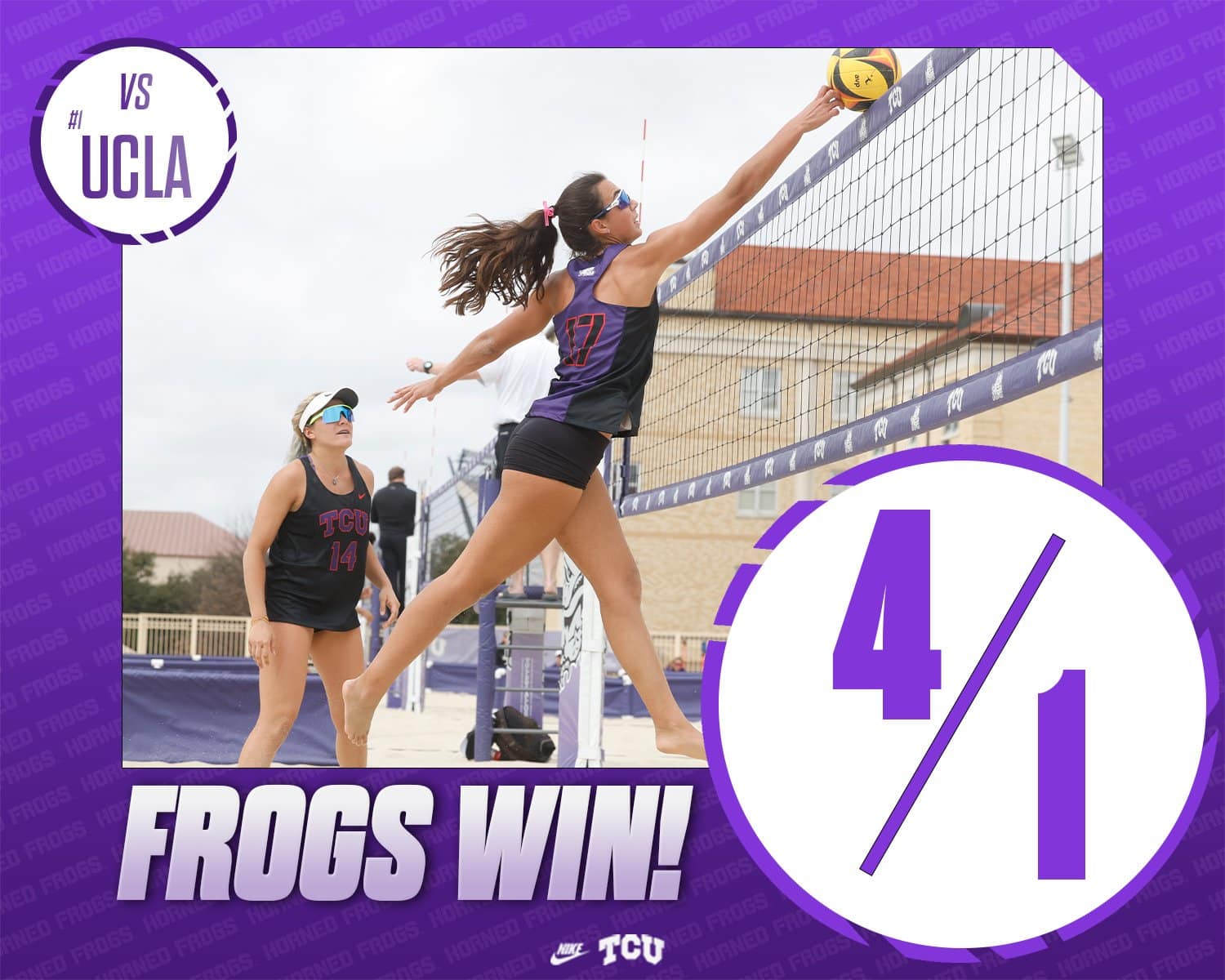 Down goes Goliath: TCU knocks off No. 1 UCLA

By Jamie PlunkettApril 1, 2022No Comments

Home » Down goes Goliath: TCU knocks off No. 1 UCLA 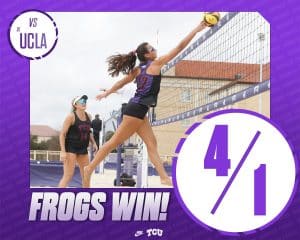 Beating the No. 1 team in the country takes an incredible effort. Doing so on their home turf is even more impressive. That’s exactly what No. 2 TCU beach volleyball did Thursday, taking down No. 1 UCLA in Los Angeles, 4-1.

The Frogs are now the lone undefeated team in the nation, sitting at a perfect 26-0.

“Huge congratulations to the team and everyone supporting us today.” TCU coach Hector Gutierrez said, “Today was no easy task, it was beat No. 1 at their court. I’m at a loss for words. I never had doubt in my mind that we weren’t ready to do it.”

For Muret the victory had extra motivation. She spent her entire undergraduate career at UCLA, winning two national championships with the Bruins, before transferring to TCU as a graduate transfer.

“It was really fun to be able to play back at Mapes Beach,” Muret said. “Overall, I was so proud of how our team came out with so much energy and really dominated right from the start. Every court you could just see how hard every team was playing and how hard our teammates were cheering. It was so great to have that energy from them on the sidelines. So many of them have already lost their voices. It was really awesome to see all the hard work really come together and I’m excited for more matches this weekend.”

As is customary in beach volleyball, the remaining two games were played out even though TCU had already won. The Frogs and Bruins split the remaining games to reach the 4-1 final.

Seniors Alexis Filippone and Hailey Brockett also had to come back from a set dow, but pulled it off to seal the victory for the Frogs 17-21, 21-14, 15-9.

“It is no surprise that we are able to compete at this level.” Gutierrez said, ” The girls have proved to themselves that they deserve the chance to be the best in the country and we proved it today.”

TCU continues their appearance in the Mapes Beach Invitational on Saturday with matches against No. 5 Loyola Marymount and a rematch with No. 1 UCLA, before rounding out their trip on Sunday with a match against No. 3 USC.