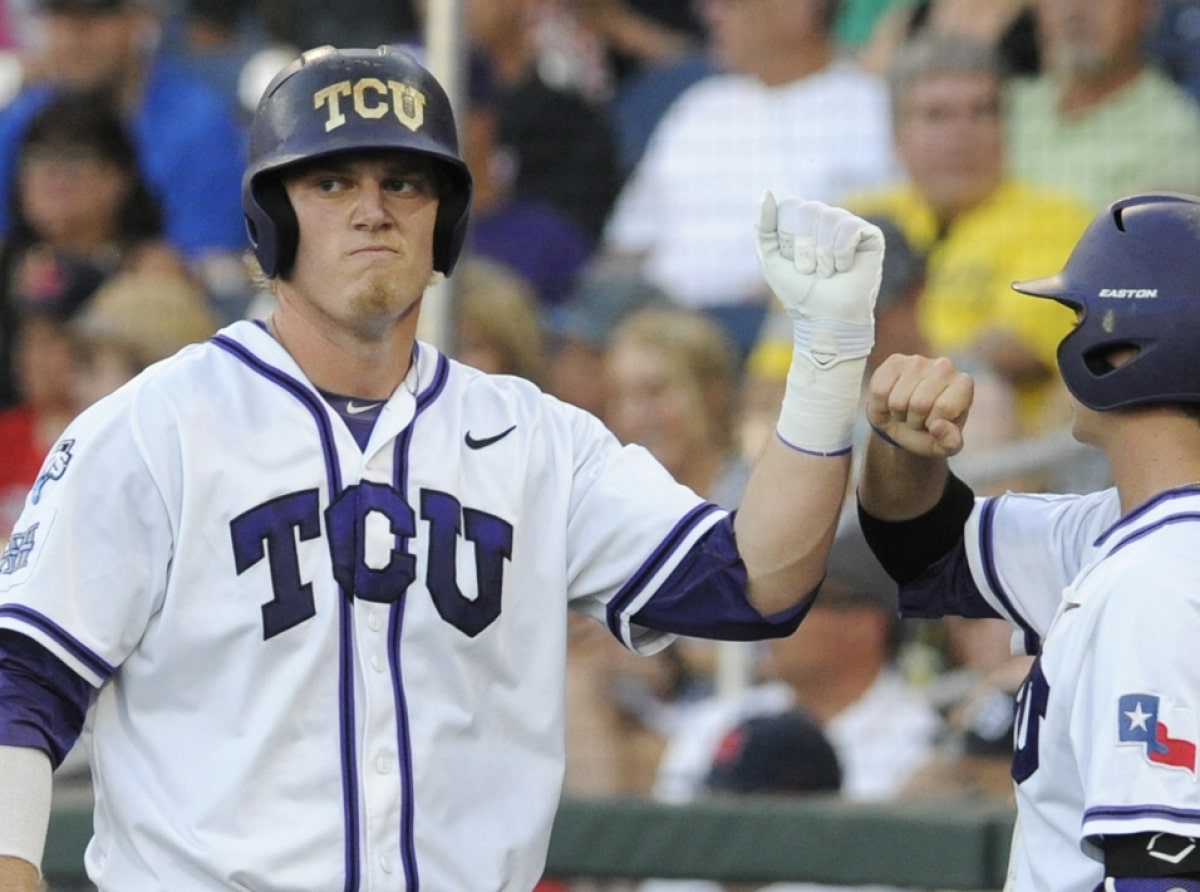 Former TCU star is headed from Japan to Korea

Home » Former TCU star is headed from Japan to Korea

Former TCU star is headed from Japan to Korea Kevin Cron spent the 2021 season in Nippon Professional Baseball and will become teammates in Korea with Shin-Soo Choo (The Associated Press).

FORT WORTH — Kevin Cron is on the move again, though he’s staying on the other side of the Pacific.

The former TCU star first baseman has reached an agreement with SSG Landers of the Korea Baseball Organization, according to reports, after a disappointing season with the Hiroshima Carp in Nippon Professional Baseball.

Cron, who turns 29 in February, received a $150,000 signing bonus and will be paid a base salary of $600,000 but could earn another $250,000 in incentives. He will join the same team in Korea that recently re-signed former Texas Rangers outfielder Shin-Soo Choo, a native Korean who lives in Southlake.

Cron played in 2021 with outfielder Seiya Suzuki, who is a free agent this offseason and has been targeted by the Rangers.

He has only 98 career MLB plate appearances.

Cron was a three-year starter at TCU from 2012-2014 and was selected to the All-College World Series team in 2014. His older brother C.J., also a first baseman, re-signed with the Colorado Rockies shortly after the 2021 on a two-year, $14.5 million deal.