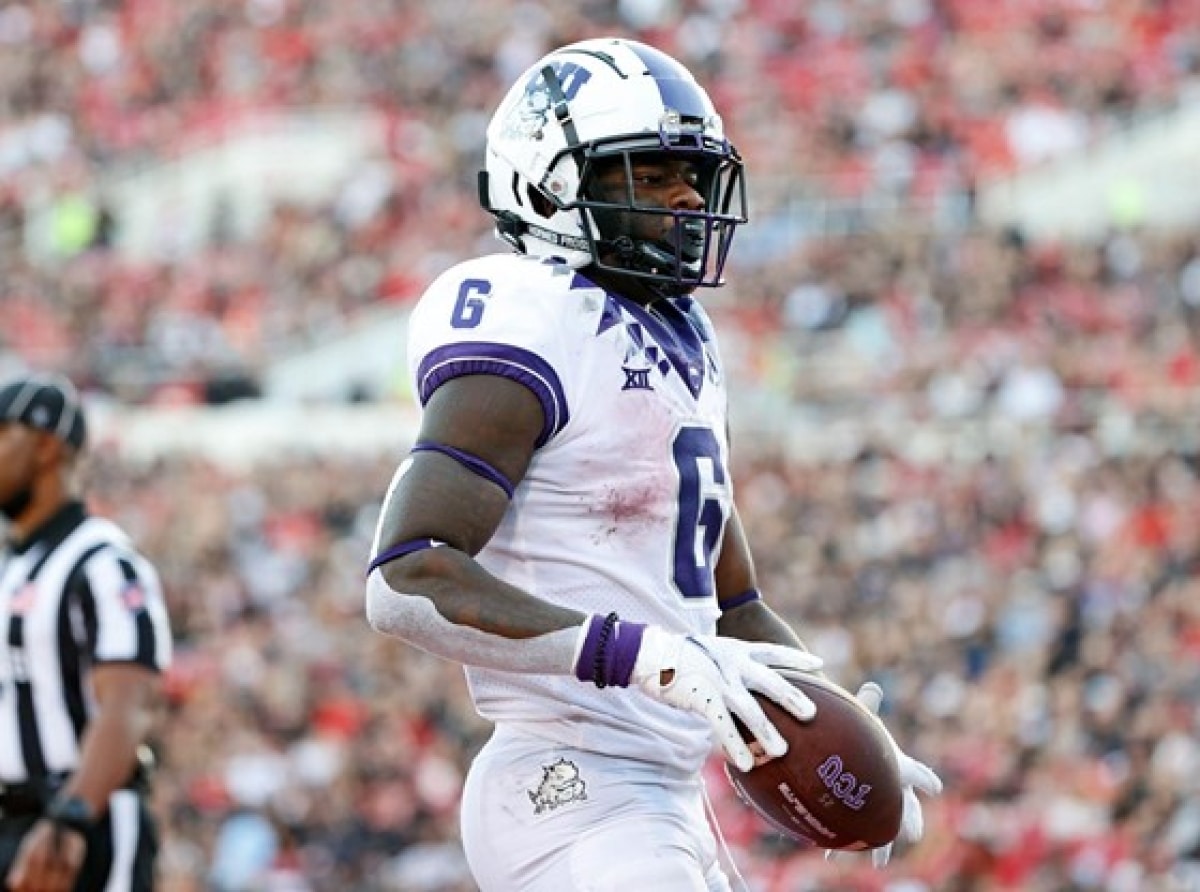 Zach Evans Is in the Transfer Portal

Home » Zach Evans Is in the Transfer Portal

Zach Evans Is in the Transfer Portal Zach Evans Is In The Transfer Portal Sonny Dykes wants to talk him out of it.

TCU’s star running back and the Frogs’ new coach have spoken briefly, and Dykes wants the dialogue to continue.

Zach Evans is the only five-star recruit in TCU history, and Sonny Dykes doesn’t want the running back to leave the program (The Associated Press/Brad Tollefson).

Shortly before Sonny Dykes was flown by helicopter into Amon G. Carter Stadium for a splashy introduction to TCU students and boosters Monday night, the Horned Frogs’ star running back had started the process toward flying the coop.

Zach Evans is in the transfer portal. Word on the street is that a couple college football bluebloods have floated the idea of Evans becoming a millionaire should he leave TCU. At the same time, though, some are saying that Evans is testing the waters to see what riches await.

Dykes, who on Tuesday became the 31st football coach in program history, said he wants the chance to show Evans what TCU can offer in the world of Name Image Likeness.

“I talked to him briefly and then he met with several of our staff members last night,” Dykes said. “There’ll be a recruitment that takes place, and just like anything else, I think we need to have an opportunity to sit down with Zach and just get to know him a little bit. At the end of the day, I want what’s best for Zach, and if TCU is what’s best for Zach, and I believe that it is, then I’m hoping that’s what happens.”

Evans was TCU’s leading rusher this season with 648 yards in only six games. He didn’t play in the second half of the season because of a toe injury. Evans, a sophomore, is the highest-rated recruit in TCU history

Frogs legend LaDainian Tomlinson, who was part of the search committee that selected Dykes, also wants a chance to speak to Evans. Tomlinson said he would explain his TCU story, about how he wasn’t happy following the coaching change from Pat Sullivan to Dennis Franchione, who toyed with making Tomlinson a fullback in 1998.

Tomlinson believes he would have flourished in an offense like the one Dykes’ teams operate and wants Evans to ask himself how he would do in the same system.

“Zach has to make his own decision, but I hope to have the chance to talk to him before he makes that final decision,” Tomlinson said. “I would say, ‘Hey, when I was here more than 20 years ago, I threatened to transfer, too. We had a tough year and a coaching change, and I wanted to leave initially as well. But I didn’t, and it worked out pretty good.’ ”

Tomlinson, of course, became TCU’s all-time leading rusher, a Heisman Trophy finalist, an NFL first-round pick, an All-Pro and a member of the Pro Football Hall of Fame. College football isn’t as reliant on a dominant running back these days, but Evans has also shown that he can be a dangerous receiver out of the backfield.

With TCU hoping to prioritize NIL opportunities for players, Evans could leave college with a nice nest egg without having to leave TCU.

“If he can find opportunities that he thinks suits him better, that’s his prerogative,” Dykes said. “But I want to have an opportunity to sit with him, talk to him, get to know him, let’s build that relationship and get that trust. And hopefully at that point, we’ll see what happens.”