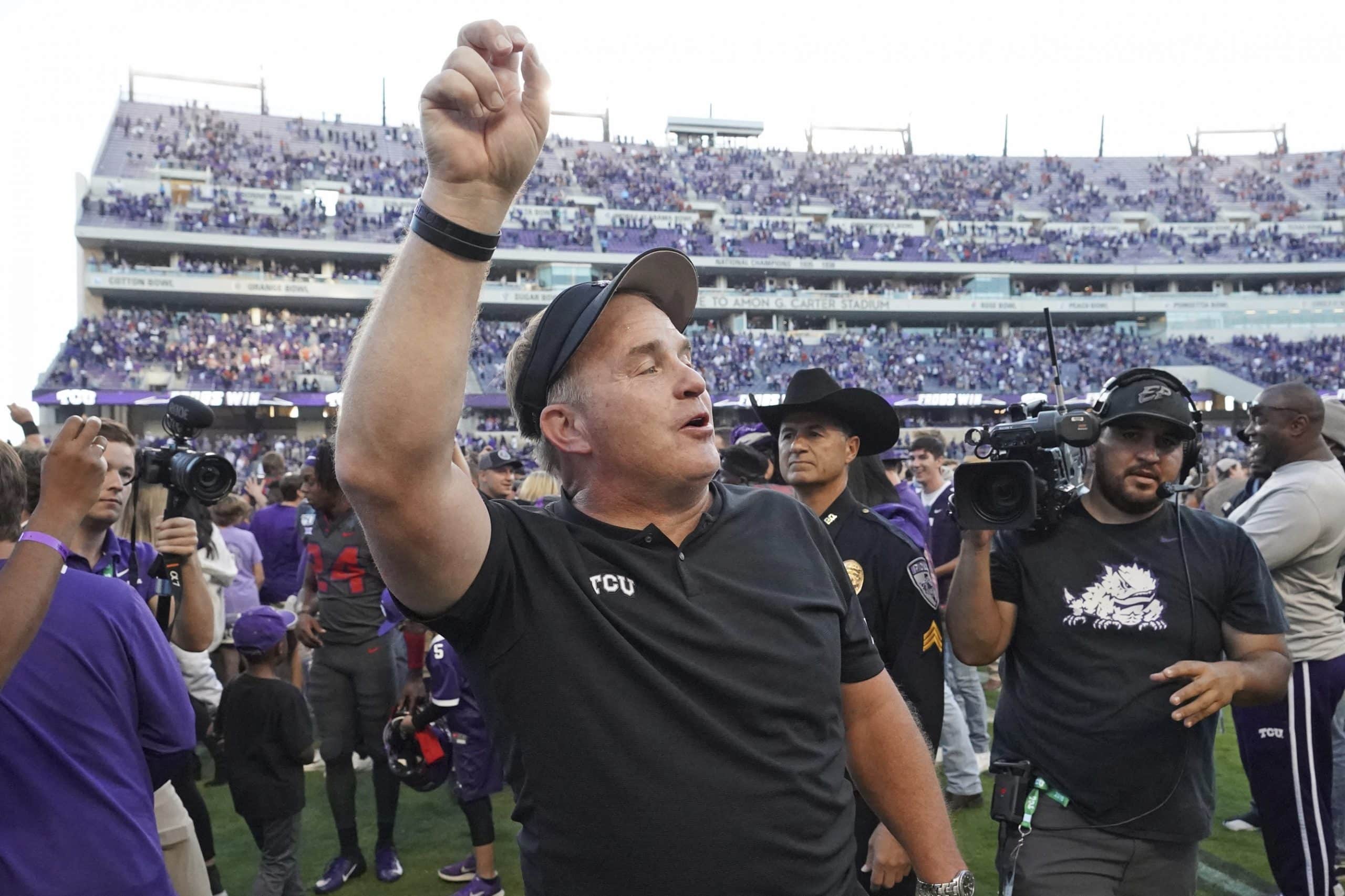 Frogs Today editorial: On his 62nd birthday, here’s wishing Gary Patterson well for 364 of the next 365 days

Home » Frogs Today editorial: On his 62nd birthday, here’s wishing Gary Patterson well for 364 of the next 365 days

Gary Patterson has moved on, though not necessarily on his own terms, and is still coaching at age 62 (The Associated Press/Louis DeLuca).

FORT WORTH — So much can happen in the span of 15 years, like winning a Rose Bowl and getting hosed out of the first College Football Playoff and becoming an icon at the program you helped resurrect.

But of all the things Gary Patterson said during my two-year stint covering his TCU football teams, way back in 2006 and 2007, this is one of the few that stands out to this day:

He distinctly said he would never coach past age 60, and that once the big 6-0 hit, he could probably be found at a beach somewhere.

Well, Patterson turned 62 on Sunday, and there aren’t any beaches in Austin nor Fort Worth.

He still has a whistle and at times still has a voice. Something is driving him, and he probably quickly realized that he isn’t fully equipped to just sit around and do nothing.

Here’s betting something else in play. He didn’t leave TCU hoisted on the shoulders of his players. He wasn’t going to be kept on past this season, so he just left.

Patterson surely wants a happier ending, and maybe 200 career victories and a chance at a national title. That’s where the Texas Longhorns come into play, with his post as special assistant to the head coach possibly spring-boarding him to another Power 5 head coaching gig.

TCU chose to give him that chance, so no one should be upset to see him try. The Frogs might not have foreseen Patterson heading to Texas, and he might have taken some joy in rubbing the noses of athletic director Jeremiah Donati and others in the Longhorns job.

Those who grew tired of Patterson’s act might not give two cents about him turning 62. Most, though, recognize what he did for TCU and for Fort Worth, and have no grudge against him.

And surely they would wish Patterson a happy birthday and continued success … just maybe not on Nov. 12 when the Frogs play the Longhorns.

Include the Frogs Today editorial board in that group.