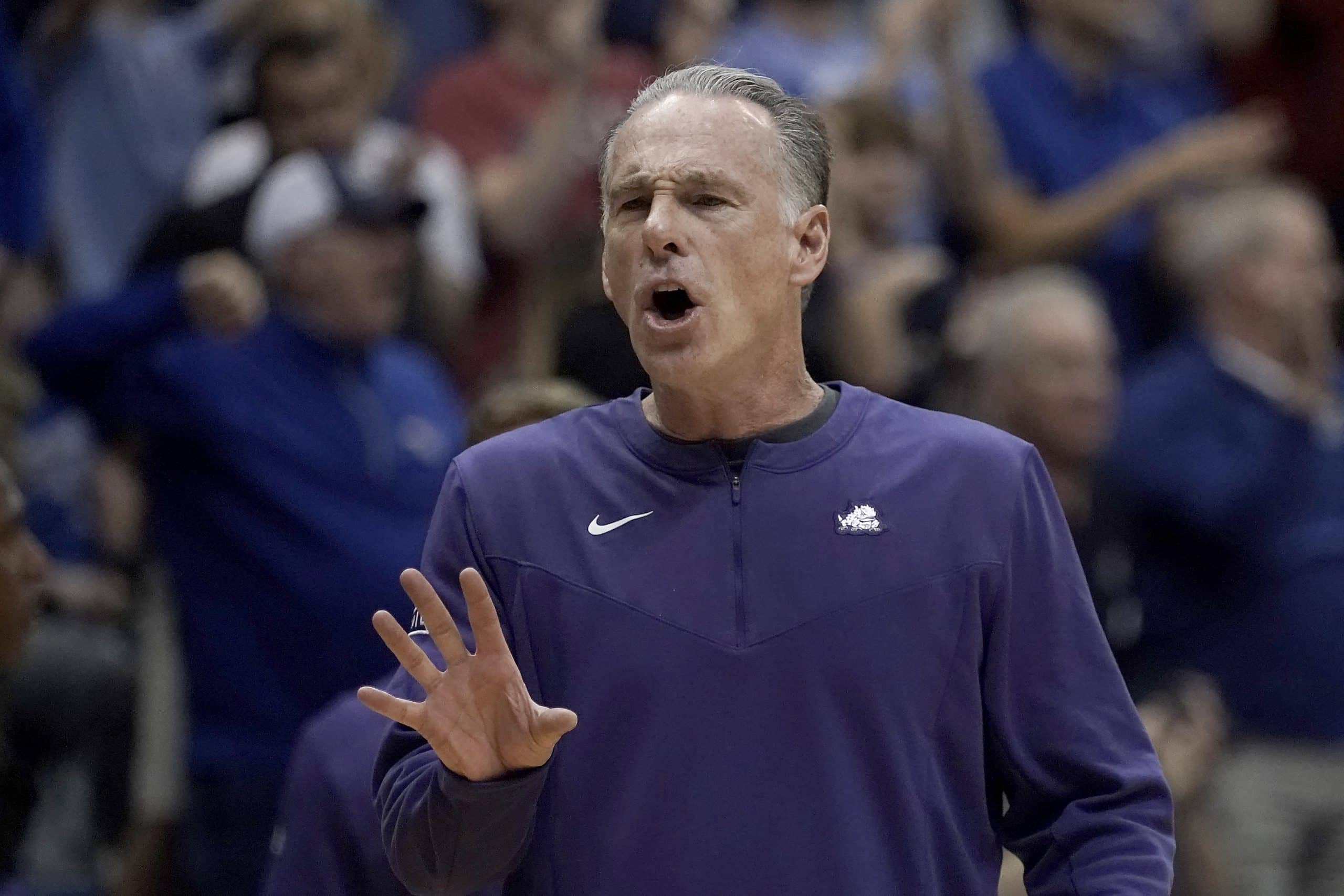 In a TCU basketball season that beat expectations, the coach deserves some recognition

Home » In a TCU basketball season that beat expectations, the coach deserves some recognition

Jamie Dixon had to revamp the TCU men’s roster after last season and get the new players to buy into his message (The Associated Press/Charlie Riedel).

FORT WORTH — Just think back to where the TCU men’s team was a year ago and even 10 months ago.

The Horned Frogs had slogged through their worst season under coach Jamie Dixon, finishing below .500 for the first time at 12-14 amid the challenges caused by COVID-19. TCU finished 16-16 in 2019.

Players were jumping ship like it was the Titanic.

The evolving landscape in college sports, thanks to the transfer portal and the ability for players to earn money off their name, image and likeness, forced an old dog to learn new tricks.

Dixon isn’t old, at age 57, but was 18 seasons into his career as a head coach when faced with a significant challenge.

The Frogs would essentially be an entirely knew team. Many had their doubts that Frogs would have a successful season, including the Big 12 coaches who picked the Frogs to finish eighth in the 10-team conference.

But here they are, 20-12 and the fifth-place team in nation’s most difficult conference. TCU is headed to the NCAA Tournament and seeking its first tourney win since Dixon was a starting guard in 1987.

“That’s been our goal,” Dixon said. “That’s what we anticipated doing, and that’s what we’ve done. I can’t do anything about the last 40 years. We want win games in the tournament, and I think we’re in a position to do that.”

Ninth-seeded TCU departed Wednesday afternoon for San Diego and its first-round game at 8:57 p.m. Friday against No. 8 seed Seton Hall. A victory would almost certainly pit the Frogs against the South Region’s top seed, Arizona, on Sunday.

Dixon orchestrated the turnaround to this point, finding seven players in the transfer portal and an eighth transfer from a junior college. They came together in June to begin the process.

There had to be a buy-in, and Dixon was the salesman. Playing defense and winning the rebounding battled aren’t very sexy, but that’s what Dixon demanded and the Frogs produced.

Players do their part, getting to know each other outside of practices, and an outgoing group of players quickly came together.

They built a trust in each other. There was no internal turmoil as the season seemed to be coming apart over a three-week stretch last month. A belief had been instilled by Dixon and his coaching staff that the Frogs were still good enough to be in the NCAA Tournament even if they had to do something as remarkable as beating ranked opponents in back-to-back games for the first time in program history.

Down went then-No. 9 Texas Tech, and then-No. 6 Kansas fell three days later. The improbable rally from 20 points down to No. 22 Texas in the quarterfinals of the Big 12 tournament was yet another example of what a team can down when it believes.

The players who hopped on after last season were seeking a better opportunity. It seems safe to say they have found it.

“Immediate gratification, that’s the component now that really changes,” Dixon said. “Who’s going to battle through it? That’s the thing we’re going through in college athletics. Basketball is even a whole other level.”

The Frogs overcame injuries to guards Shadada Wells and Maxwell Evans, transfers who were at times in the preseason were believed to be potential starters. Another transfer, Damion Baugh, stepped in for them. Baugh and yet another transfer, Emanuel Miller, were the second- and third-leading scores on the team behind one of the few returnees, Mike Miles Jr.

TCU also had a COVID-19 outbreak that led to an 18-day stretch without a game, but quickly regained their on-court chemistry and their conditioning.

The players didn’t do it alone. Dixon, who only talks about himself when he sees something he must improve, deserves a lion’s share of the credit.

The Frogs are in the NCAA Tournament again.

“It’s so hard,” he said. “There’s 350 teams. There’s 68 teams in the tournament. How they do the bids makes it a completely different deal. It’s a battle. I know what our history is, but we’re not about the past. We’ve made some significant improvements.”