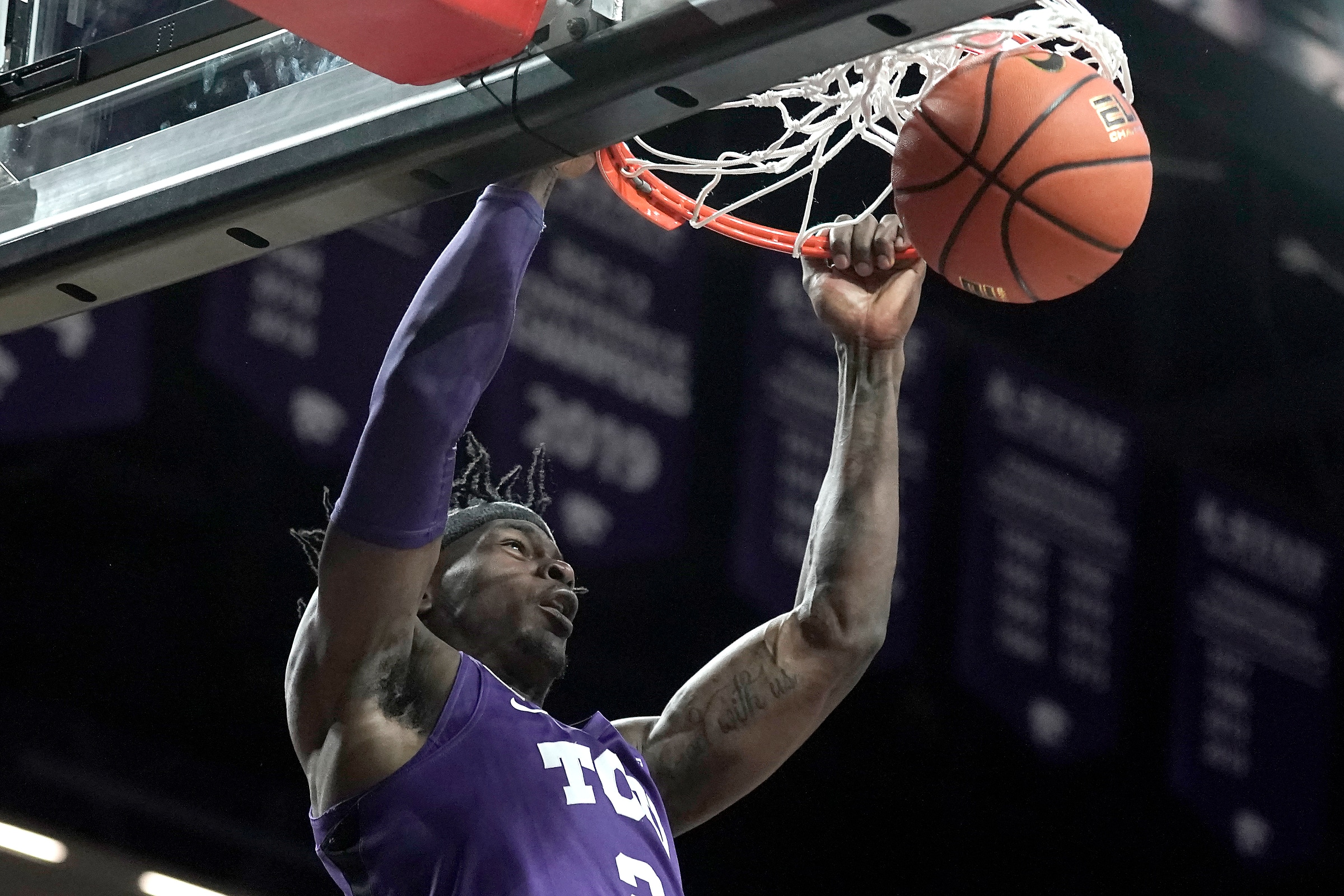 Late comeback pushes TCU to first Big 12 win. It was a game they couldn’t afford to lose.

Home » Late comeback pushes TCU to first Big 12 win. It was a game they couldn’t afford to lose.

FORT WORTH — To say things were looking bleak for the TCU men late Wednesday night at Bramlage Coliseum might be an understatement.

The Horned Frogs were down five with 1:11 to play. After taking a 10-point lead early in the second half, Kansas State went on a 27-12 run. In a low-scoring game, it was fair to wonder how TCU would make up a five-point deficit.

Wonder no more. The Frogs played stifling defense down the stretch, Damion Baugh hit a go-ahead 3-pointer with 11.3 seconds to play, and Mike Miles Jr. sealed the deal at the free-throw line, where too many misses had helped put TCU in a hole in the first place.

The 60-57 win wasn’t particularly pretty, but it beats the heck out of being the team with 57. The win, the Frogs’ first in Big 12 play, also was a necessary step toward achieving their goal of reaching the NCAA Tournament.

Yes, that NCAA Tournament. TCU believes it is better equipped for conference play than a season ago, and the thinking is that an 8-10 record can get a Big 12 team into the Big Dance.

A loss to Kansas State would have put a serious dent in reaching eight, which is still going to be difficult to do.

Where are those next seven wins? Good question.

TCU (11-2, 1-1) needs to beat Kansas State next month at home, needs to at least split with Oklahoma, Oklahoma State and West Virginia, and needs to find three more wins. That will almost certainly require the Frogs to upset Kansas, Texas, Texas Tech, Baylor and Iowa State, and probably win three of those nine games.

A win in the Big 12 tournament would probably help, too.

The Frogs believe they can do it. They led No. 1 Baylor 37-31 at halftime last weekend in their first game back from an 18-day stretch without a game because of a COVID outbreak. The time off has been evident on offense, with TCU settling into a half-court game rather than playing more up tempo.

Oklahoma visits Schollmaier Arena on Saturday. A win would help feed the NCAA evaluation tool, or NET rankings. Big 12 teams have the highest NET average ranking in the country (35) and almost all Big 12 teams are in the top 75. That means nearly each win will feed the formula used to help select the tournament field.

So, there is a path for the Frogs to reach their goal. They will get better the further they get away from the COVID stoppage. Miles’ wrist will improve.

The key number is eight conference wins. TCU salvaged the first Wednesday in a game they couldn’t afford to lose.