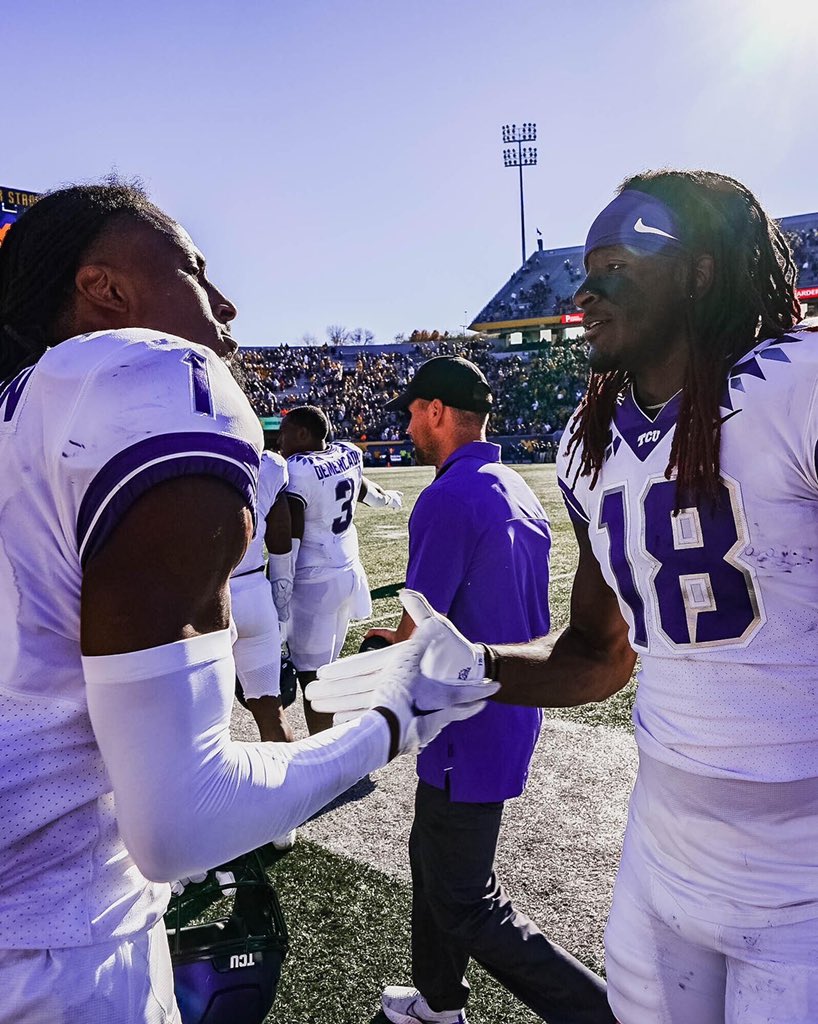 Monday Morning Quarterback: Not easy, not pretty, but TCU found a way to 8-0

By Melissa TriebwasserOctober 31, 2022No Comments

Home » Monday Morning Quarterback: Not easy, not pretty, but TCU found a way to 8-0

The offense is obviously capable of scoring from anywhere on the field, with touchdowns of 71, 55, 51, 30, and 29 yards Saturday against West Virginia.

They can also put together long, grinding drives, too, as evidenced by their 14-play, 84-yard field-goal drive in the third quarter.

And it certainly isn’t easy.

TCU keeps winning, and at 8-0, it’s hard to complain too much despite there being obvious flaws with the Horned Frogs. But as coach Sonny Dykes said after TCU’s 41-31 victory, “part of going on a run like we’re currently on is you’re going to have to win games where you don’t play your best.”

And when you win in a place you haven’t won in eight years against a team you haven’t beaten in four tries, take the W and hit the Country Roads back on home.