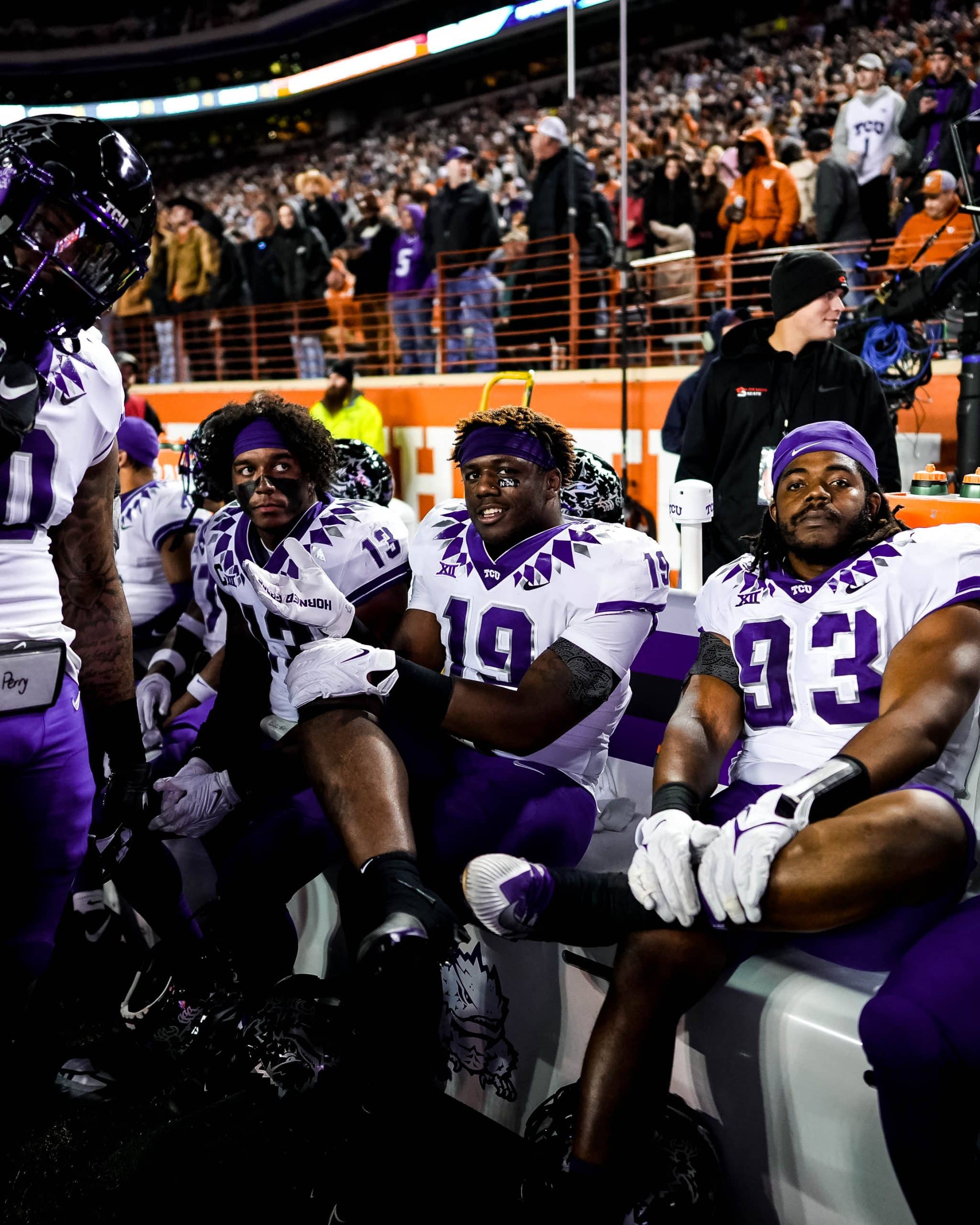 Monday Morning Quarterback: Step back from a challenge? Not these Frogs

By Melissa TriebwasserNovember 14, 2022No Comments

Home » Monday Morning Quarterback: Step back from a challenge? Not these Frogs

TCU was without Dee Winters for the first half, but Shad Banks and the rest of the TCU defense more than held their own against the explosive Texas attack (TCU Football).

Most of the college football world was picking against TCU on Saturday. On College GameDay, in Austin, both Pat McAfee and Texas-Ex Jordan Spieth said Texas would win by 10-14 points.

Vegas was against the Horned Frogs, favoring the three-loss Longhorns by a full touchdown.

The College Football Playoff committee has certainly seemed against the Frogs, saying they were looking for “well-balanced teams on both offense and defense” after initially having the Frogs below then one-loss Alabama.

How’s holding the Texas offense to 199 total yards for providing balance on the defensive side of the ball?

Everything felt against TCU heading into Saturday night, but everything came up Hypnotoad on Sunday morning.

Let’s look back on who starred for the Frogs in their 17-10 win over Texas.