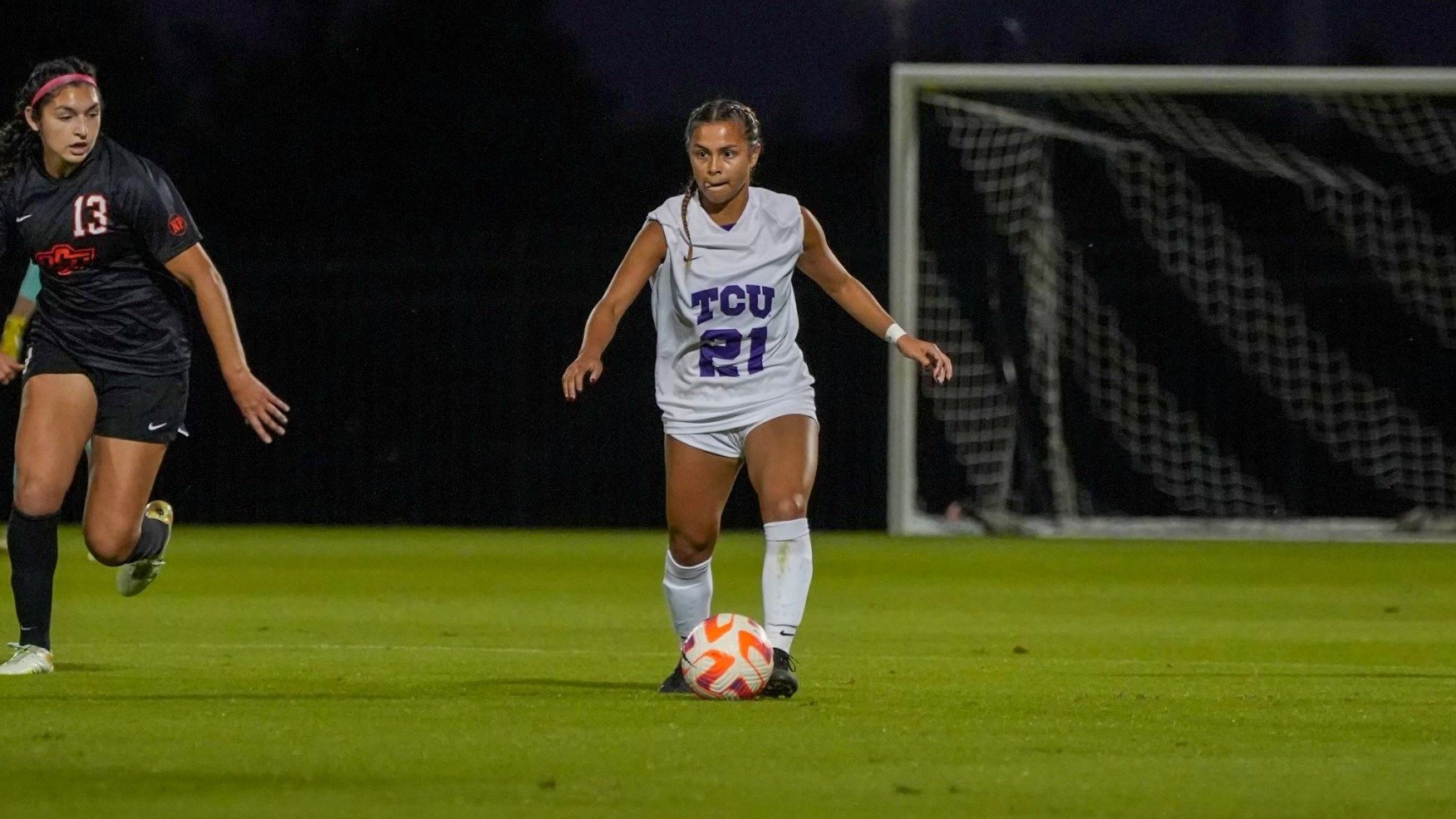 No. 10 TCU dominates Oklahoma State 3-0 on the road

STILLWATER, Ok. – In a battle for the top of the Big 12 Thursday night, TCU completely asserted its dominance in a 3-0 win over Oklahoma State. The win served as a reminder that the road to a conference title still goes through Fort Worth. With the win TCU remains unbeaten in conference play and extended their unbeaten streak to nine games.

Cameron Lancaster and Tyler Isgrig both converted penalty kicks in the win. The pair of penalty kick goals marked the most TCU has had in a game since 2019. Messiah Bright scored her ninth goal of the season off of a set piece to add to TCU’s lead.

Oklahoma State came into this match unbeaten at home this season and also unbeaten in conference play, but were no match for the Horned Frogs potent offense and stellar defense

“Overall, it was a very good performance from our group from beginning to end,” head coach Eric Bell said. “I thought we did some things tactically that we wanted to do. We possessed the ball, created scoring opportunities and didn’t give up a lot of opportunities defensively. It was a complete effort by our group for 90 minutes and I’m really proud of them for getting three points on the road like this.”

Gracie Brian had two superb looks on goal early, with one shot going just wide and the Cowgirl goalkeeper making an exceptional save on the other. In the 16th minute, Kennedy Clountz drew a penalty inside the box giving the Frogs a penalty kick. Lancaster was able to bury it for their first goal of the night.

TCU has struggled after halftime as of late, playing well in the first half before struggling later in games. That wasn’t the case on Thursday. TCU scored twice in the second half, including a dandy from TCU career goal leader Bright. In the 73rd minute a long free kick from Megan Reilly bounced off a Cowgirl defender right to Bright, who buried it in the back of the net.

“We talked about it at the half,” Bell said. “It was the same scenario that happened last week and did we learn any lessons? I think we did. Oklahoma State made it hard for us in the second half and I felt we rose to the occasion and sealed the game away.”

TCU’s defense has been impressive through five games in conference play. The Frogs have only allowed two goals, and one of those goals was an own goal. Bell who has tinkered with his back line trying to find a good mix has found the right combination that has made this team suffocating on the defensive side of the ball.

Combine the strong back line play with the stellar play of goalkeeper Lauren Kellett and there is the reason TCU is unbeaten in conference play. Kellett who recorded her sixth shutout of the season has not been tested often the last two matches, in fact she has only had to face three shots, but when faced with a shot she has come up big with some incredible saves.

“She has grown by leaps and bounds from her freshman year until now,” Bell said. “She’s pretty steady in the back and has a calming presence. It’s hard when we have the ball and then she’s supposed to perform on these different occasions when teams actually build up and create a goal-scoring opportunity. It’s hard to be plugged in and not have action in front of you all the time. Her concentration level has been very good and hopefully that continues.”

TCU now gets enjoy some time off as they are not back in action until next Thursday when they are on the road again, this time traveling up to Norman for a match against the Sooners.