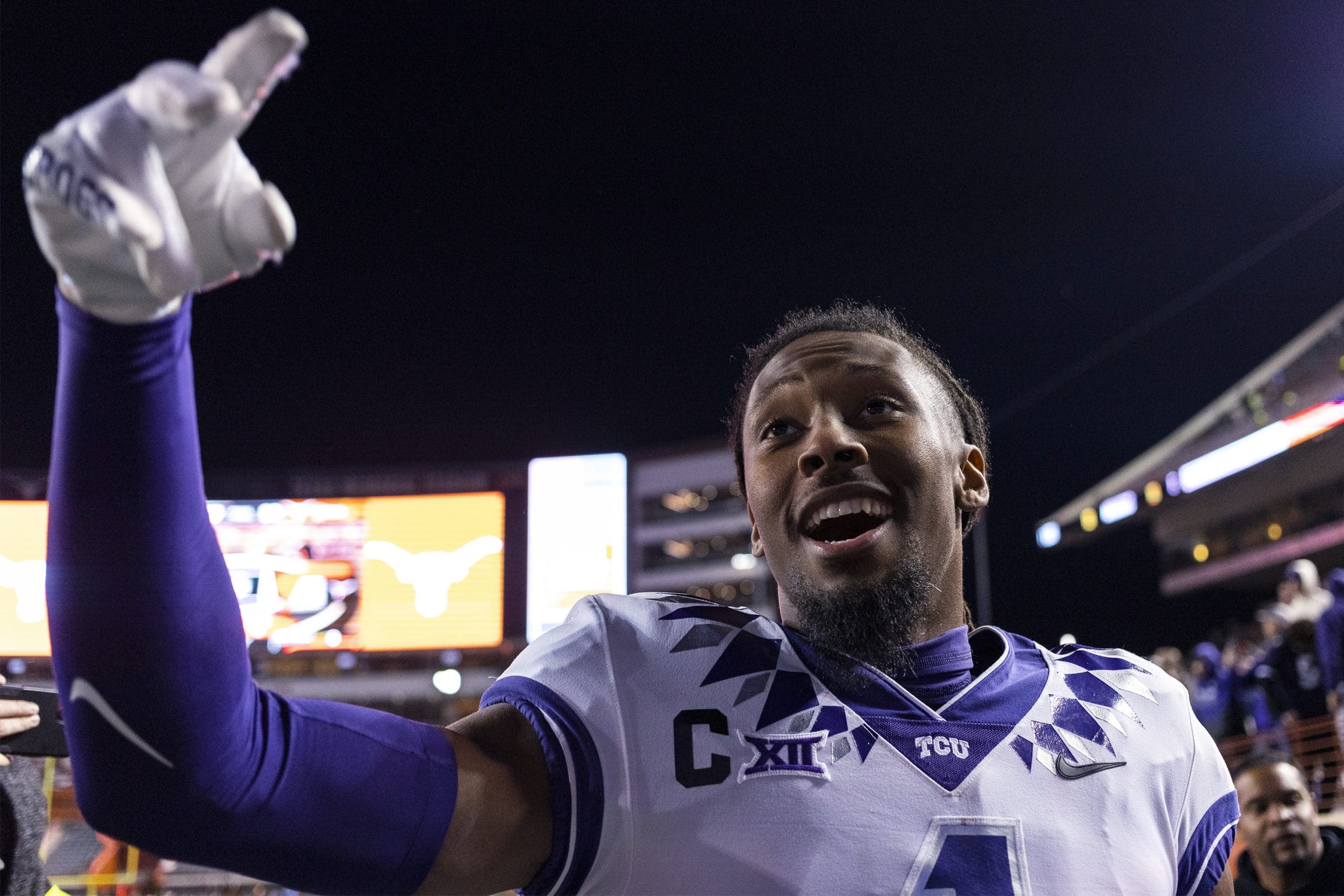 Quentin Johnston is not only talented, but trusted

By David BeaudinNovember 19, 2022No Comments

Home » Quentin Johnston is not only talented, but trusted

With 6:22 to go in the game, TCU was leading Texas 17-3. Earlier in the fourth quarter, Quentin Johnston scored on a 31-yard pass from quarterback Max Duggan to give the Frogs the buffer they needed.

However, the Frogs found themselves in a key third-and-5, and the play was designed to go to none other than Johnston, the star wide receiver, once again.

This time, the Longhorns dialed up a pressure, bringing both inside linebackers while lining up in a four-down defensive front. The total of six rushers could only mean one thing — man coverage from Texas.

The Frogs ran running Kendre Miller on a swing or flare route to their left, the same side as Johnston. He was the lone wide receiver on the opposite side of loose trips. As soon as Texas noticed Miller flare, they peeled the defensive end to cover him, now leaving five rushers for Texas and also freeing up their safety deep (now in man-free coverage).

Quentin Johnston ran a beautiful “diamond slant” route, working the Texas cornerback out toward the sideline on his first few steps at approximately a 45-degree angle, getting him to open his hips, and coming back inside on a slant route.