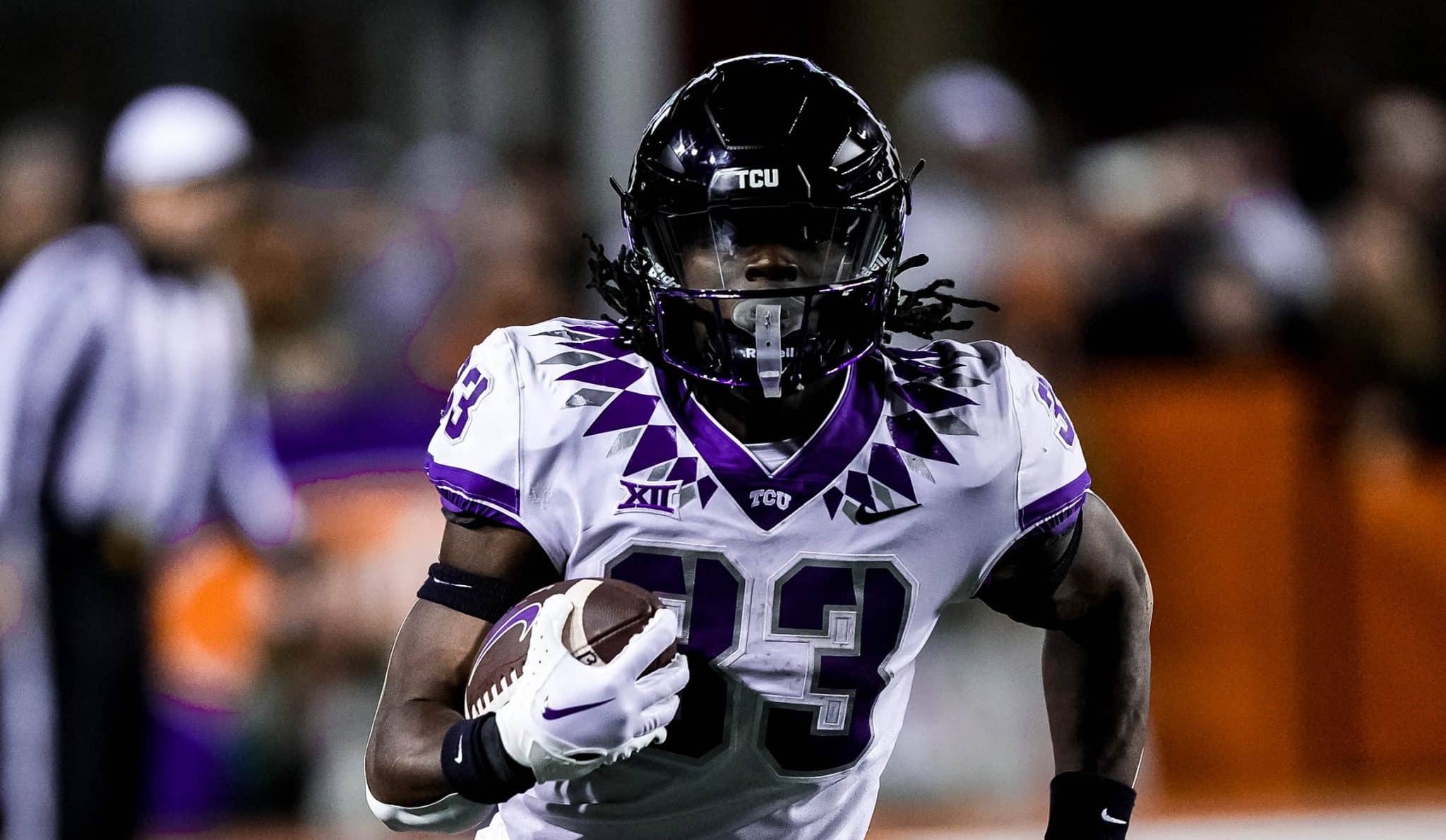 By Jamie PlunkettNovember 12, 2022No Comments

Kendre Miller rushed for over 100 yards and a touchdown as TCU beat Texas (TCU Football).

AUSTIN — It’s not often that a top-five team enters a game a touchdown underdog, but that’s exactly what TCU was Saturday night against Texas.

TCU’s defense put together its best performance on the biggest stage, holding the Longhorns to their lowest output in yardage and points on the season while intercepting Quinn Ewers and forcing a key turnover on downs in the fourth quarter.

Texas’ defense was up to the task through almost three full quarters as well, holding TCU’s potent offense to just three points. That is, until Kendre Miller broke free.

With just over five minutes remaining in the third quarter, Miller got to the edge and put on a burst of speed, running 75 yards to the house and giving TCU a 10-0 advantage.

Texas responded with a long drive of its own, but things stalled out inside TCU’s 5-yard line and the Longhorns settled for a field goal.

TCU marched down the field again, and Max Duggan capped the drive with a 31-yard touchdown pass to Quentin Johnston to put the Frogs up 17-3.

Texas once again found itself in the red zone on the next drive, but the Frogs once again held strong and forced a turnover on downs.

The Frogs held Texas to another turnover on downs on the next possession, forcing two incomplete passes in a row on third and fourth down.

Things got dicey on TCU’s drive, as Duggan fumbled the ball on third-and-5. Texas recovered the fumble and ran it back for a touchdown with just 4:25 left in the contest.

TCU, though, turned to its running game and ran out the clock. The biggest play, though, was a pass. Duggan again found Johnston for a 5-yard gain and the Frogs’ offense never relinquished the ball.