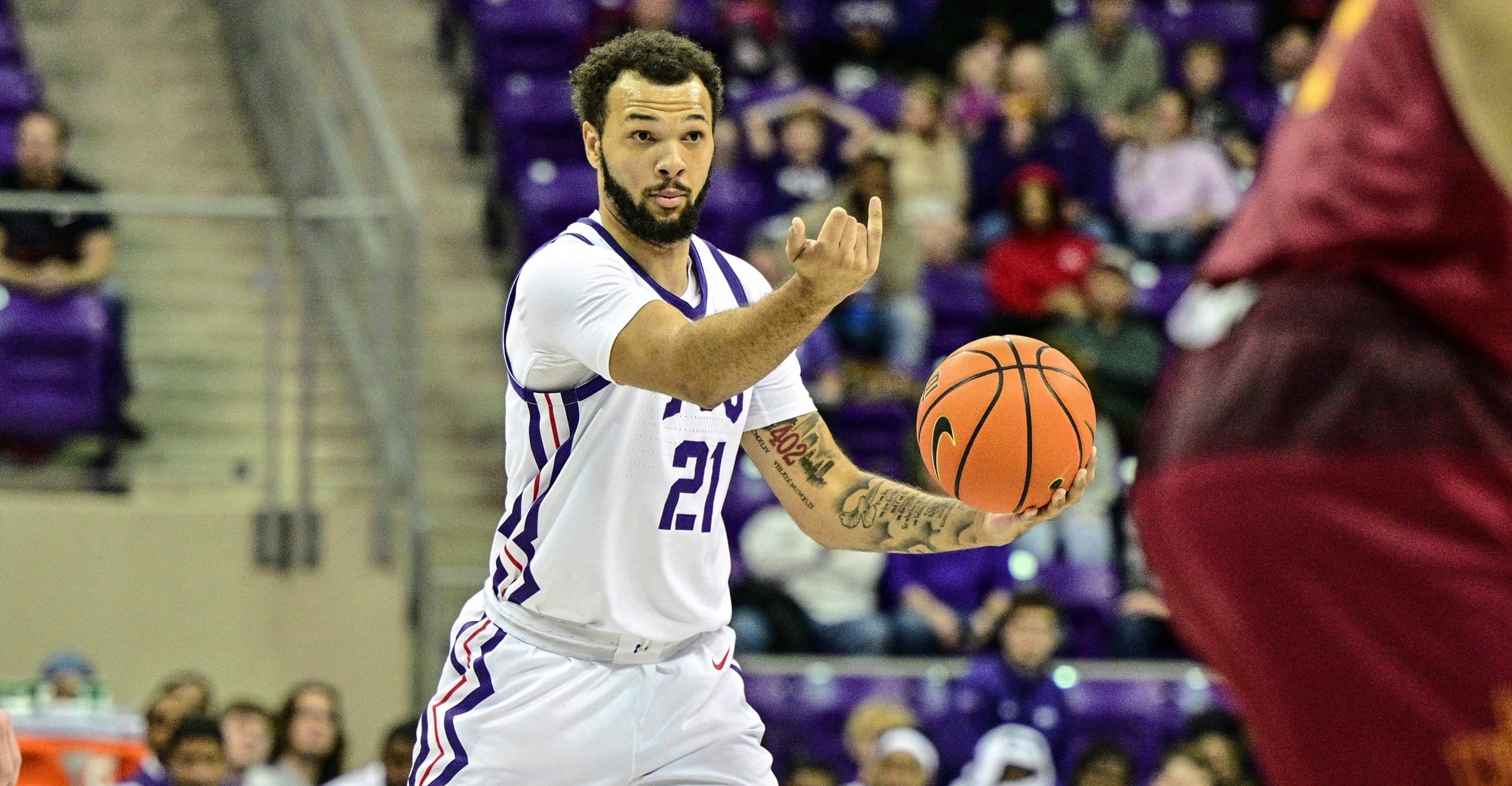 TCU gets back on track, blasts Louisiana Monroe

By Jamie PlunkettNovember 17, 2022No Comments

Home » TCU gets back on track, blasts Louisiana Monroe

TCU’s JaKobe Coles motions for a teammate during the Frogs’ 95-60 win over Louisiana Monroe (TCU Basketball).

FORT WORTH — TCU hit the reset button  Thursday night, beating Louisiana Monroe 95-60 and getting the slow-start monkey off their back.

It was the kind of win Frogs fans were expecting but hadn’t yet seen in this young season. The Frogs struggled through their first three games, dropping a shocker earlier this week to Northwestern State. That might have been the motivation they needed to snap out of their funk, as the Frogs finally looked like the top 15 team they are.

“Everybody’s going to look at our previous games and I’ve told our guys we’ve got to own it,” coach Jamie Dixon said. “But there’s plenty games left.”

Coles’ previous career high was 14 points, which he scored against Providence in 2020 while still at Butler. Coles transferred to TCU before last season, but didn’t see a lot of playing time.

“We still think there’s more to go there,” Dixon said. “I think he’s going to be really good. He was really good today.”

Coles made two of TCU’s 10 3-pointers as the Frogs shot 50 percent of from range. The Frogs connected on seven of their first 11, setting a vastly different tone than their 9.5 percent 3-point shooting from Monday.

TCU got back to its roots Thursday as well, outrebounding the Warhawks 46-32 and working the ball inside-out on offense. TCU recorded assists on 22 of their 34  baskets and scored 40 points in the paint.

Meanwhile, Mike Miles Jr. missed his second consecutive game with an injury. The junior guard is dealing with a bone bruise in his left foot, but is expected to return to action when the Frogs head to the Emerald Coast Classic after Thanksgiving.

“He said he felt better today,” Dixon said. “The swelling is down, so that’s good. So I think it’s progressing in the right way.”

Meanwhile, guard Damion Baugh sat out the fourth game of his six-game suspension. Baugh is set to return against Providence on Nov. 30. He’s continuing to work out and practice with the team.

The win Thursday as fast a start as TCU could have hoped for, with the Frogs pulling out to a 15-5 lead before five minutes had even run off the clock. Wells set the tone with a 3-pointer on the Frogs’ first possesssion, before cutting to the basket on the next possession for an easy layup.

The Frogs never trailed an never led by less than five from that point on, handling Louisiana Monroe easily.

Chuck O’Bannon was hit with a Flagrant 2 foul right before halftime and ejected after he threw Louisiana Monroe’s Savion Gallion to the ground. Gallion seemed to grab on to O’Bannon as both jockeyed for position for a rebound, and O’Bannon simply threw Gallion off of him.

The halftime buzzer sounded during the foul, but officials put 0.7 seconds back on the clock and gave Louisiana Monroe free throws. The Warhawks converted on one of the two free throws, and couldn’t get a shot off before the buzzer sounded, as TCU carried a 53-26 into the half.

The second half was more of the same for the Frogs, as they extended their lead to as many as 38.

TCU is back in action Nov. 25 when they take on Cal in the first round of the Emerald Coast Classic. That game will tip at 8:30 p.m. on CBS Sports Network.