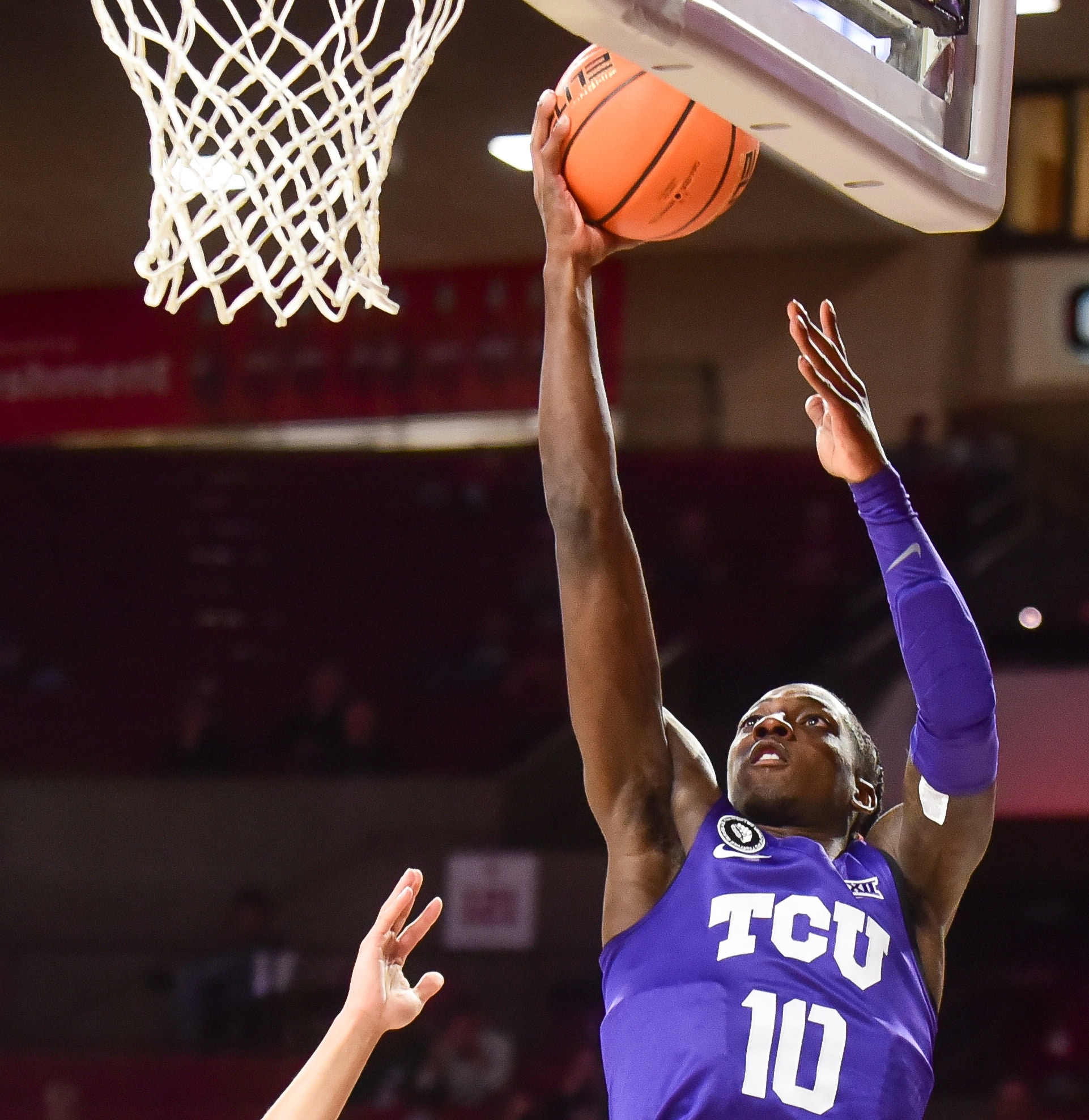 TCU men were due, but program’s first win at Oklahoma wasn’t some fluke

Home » TCU men were due, but program’s first win at Oklahoma wasn’t some fluke

Damion Baugh scored most of his game-high 20 points at the rim as TCU rolled past Oklahoma 72-63 (The Associated Press/Kyle Phillips).

NORMAN, Okla. — Playing on the road in college basketball is a chore no matter the venue or the opponent.

For whatever reason, but primarily because Oklahoma is usually very good, the TCU men entered Monday night having never won at the Lloyd Noble Center.

Maybe the Horned Frogs were due. No, they were definitely due. But their 72-63 victory wasn’t just some divine evening of the odds.

TCU took charge in the second half, playing one of their cleanest halves in Big 12 play until Oklahoma threatened in the final minute. The Frogs dominated the glass, doubling up a physical Sooners team, and scored early and often at the rim in a game that saw them lead by as many as 14.

“We did it with our defense and rebounding, which we had to do on the road,” coach Jamie Dixon said. “This is big-boy basketball. This is the Big 12 and doing it on the road. I’m proud of our guys.”

Damion Baugh scored a game-high 20 points and Eddie Lampkin Jr. scored a career-high 14 points and grabbed 10 rebounds as TCU improved to 15-4 and 4-3 in the Big 12. The Frogs swept the season series from the Sooners, who are limping through conference play at 13.9, 3-6.

Yet, the Sooners came into the game 18 spots higher in the NET rankings, which helps to determine the NCAA Tournament field. The Frogs’ past two wins, Saturday over LSU and the road W at Oklahoma, will only strength their case for their first tournament bid since 2018.

TCU led by as many as 11 in the first half, when Lampkin scored 10 points, but was up only 36-35 at halftime after an uneven 20 minutes. The second half, though, saw the Frogs play better defensively and score easy buckets inside.

They also received contributions off the bench as Emanuel Miller and Micah Peavy battled foul trouble.

Both were on the bench when reserve forward JaKobe Coles hit a floater with a 52-42 lead with 11:45 left. Big man Xavier Cork scored on a nifty spin move and reverse layup. He also grabbed seven rebounds in the game.

The margin stayed in the seven- to 10-point range until the final minute, when Oklahoma closed within 68-63 with 38 seconds left and forced a quick turnover. Jordan Goldwire, though, misfired on a 3-point try, and Baugh grabbed the rebounded, was fouled and drained two free throws.

TCU’s next two games are at home, Saturday against Kansas State and Feb. 8 against Oklahoma State. Both are winnable games that keep the Frogs pointed toward a berth in the NCAA Tournament.

“We made up for the little Texas loss,” Lampkin said. “I feel like everybody’s competing more than we did. Everybody’s going have a bad game. And I feel like if we just keep playing like we played against LSU and today, we’ll be good.”