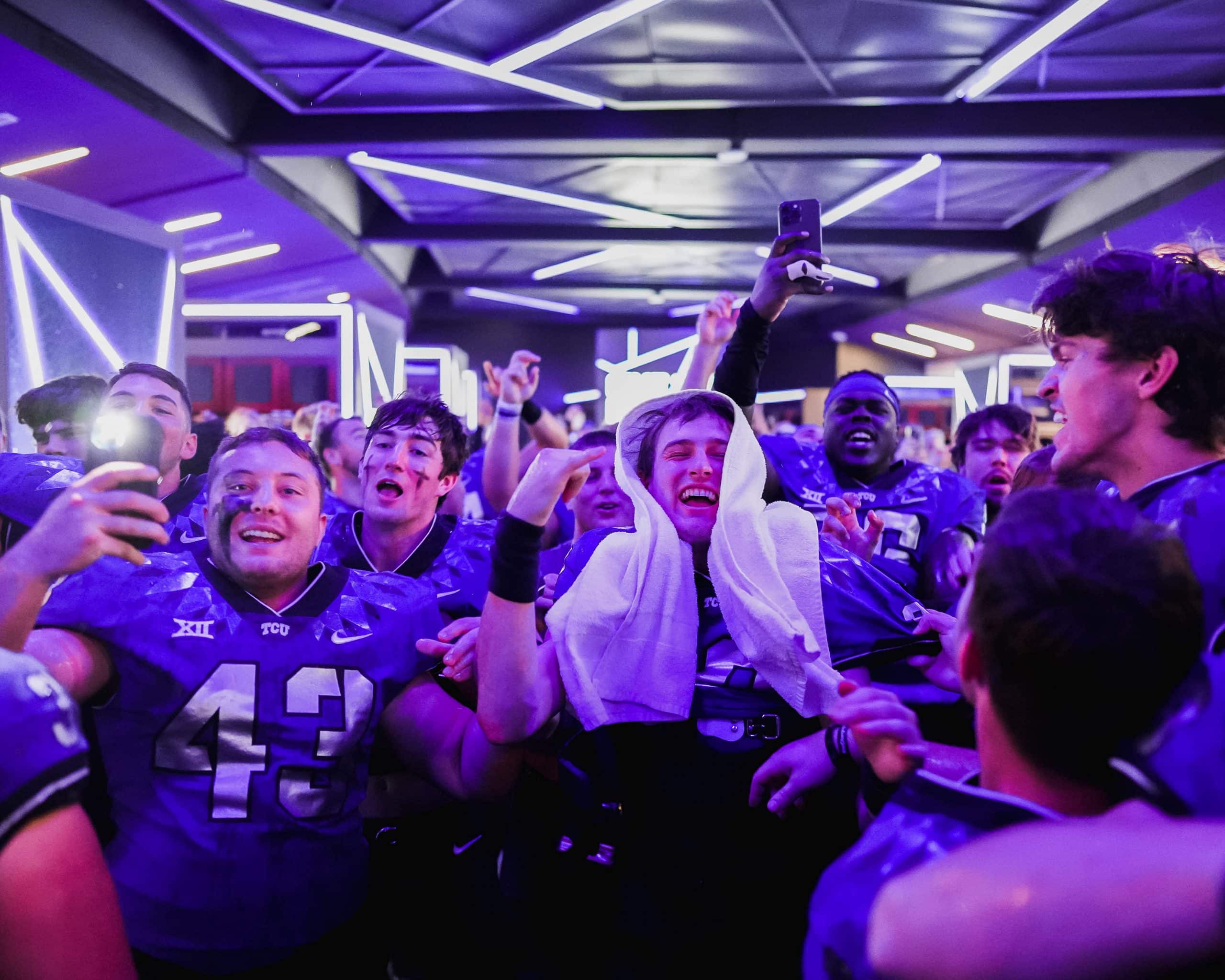 TCU moves up to No. 4 in College Football Playoff rankings

By Jamie PlunkettNovember 8, 2022No Comments

Home » TCU moves up to No. 4 in College Football Playoff rankings

The Frogs celebrate after a 34-24 win over Texas Tech on Saturday (TCU Football).

TCU moved up three spots in the College Football Playoff rankings this week to No. 4, following a 34-24 win over Texas Tech on Saturday.

The Horned Frogs were also the beneficiaries of three teams ranked ahead of them losing over the weekend, with No. 1 Tennessee falling to Georgia, No. 4 Clemson falling to Notre Dame, and No. 6 Alabama falling to LSU.

“They’ve got six wins over teams that are .500 or better, and they’re averaging 43 points per game,” CFP chairman Boo Corrigan said. “As you know, we value wins and they continue to win and not give up those points in the second half. It really was impactful to the committee.”

Texas moved up six spots to No. 18 after beating Kansas State, while the Wildcats dropped to No. 19 following the loss. Oklahoma State fell out of the rankings completely following a loss to Kansas. The Longhorns and Wildcats are the only two other Big 12 schools in the CFP rankings.

Tulane remained the highest-ranked Group of 5 school at No. 17, meaning they would receive an automatic invitation to a New Year’s Six bowl.

Clemson fell from No. 4 to No. 10 after a big loss to Notre Dame, while LSU moved up from No. 10 to No. 7. Alabama, who was the only one-loss team ranked ahead of TCU last week, fell to No. 9 after losing to LSU. USC moved up one spot to No. 8 thanks to Alabama’s loss. Oregon jumped to No. 6, but still has a 46-point loss to Georgia on its ledger.