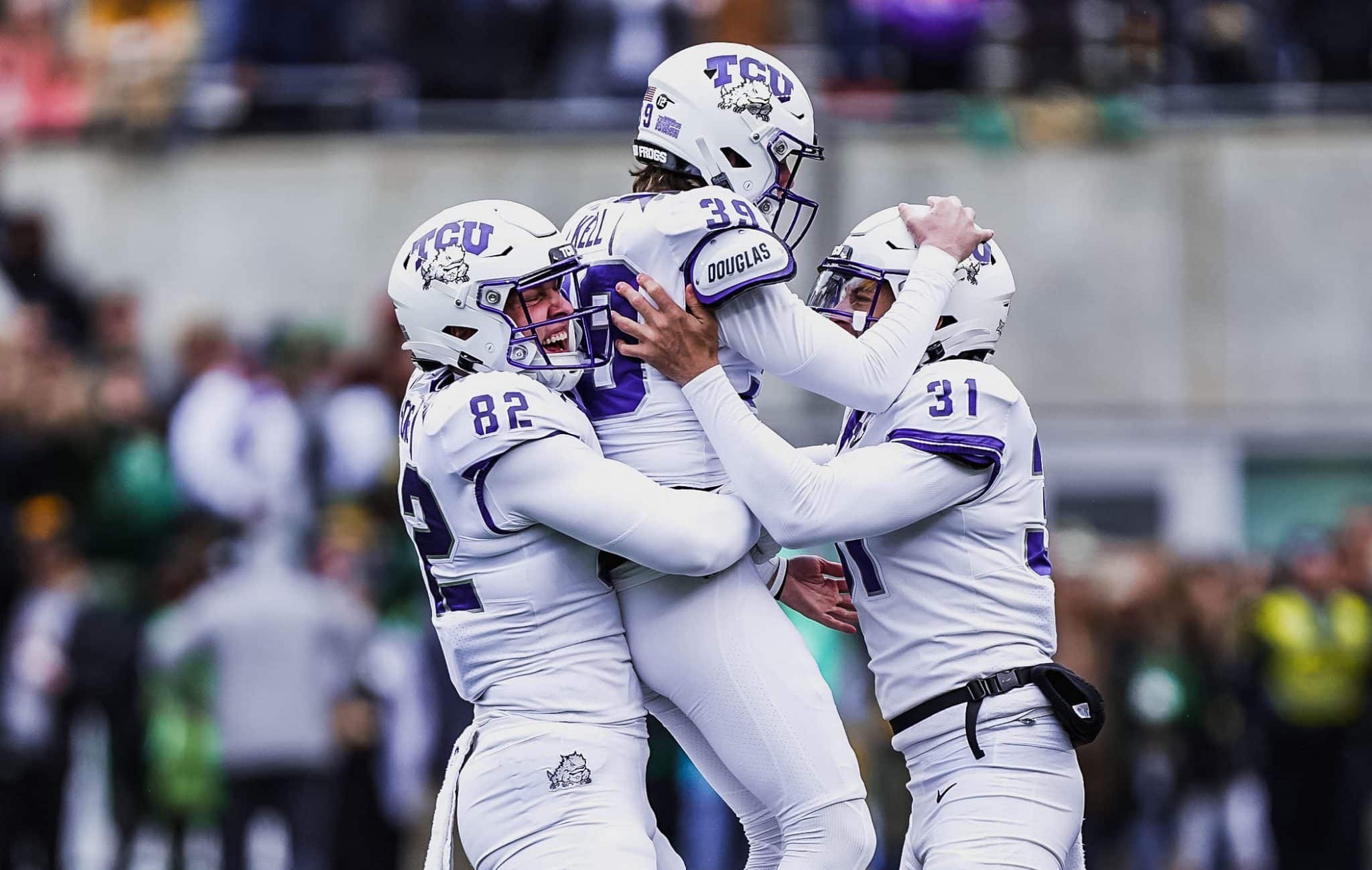 By Jamie PlunkettNovember 22, 2022No Comments

The TCU Horned Frogs held steady at No. 4 in this week’s College Football Playoff rankings, following their 29-28 win over Baylor on Saturday. The Frogs are one of four unbeatens remaining, three of whom struggled to put unranked teams away until late in the game on Saturday.

Boo Corrigan, the College Football Playoff chairman, complimented TCU on Tuesday night for their ability to find ways to win. This is a new stance for the committee on TCU, which dinged the Frogs for not being a “complete” team in the first week of the rankings.

Now, though, winning has a premium. Tennessee lost it’s second game of the season in shocking fashion on Saturday night and was roundly punished by the committee, dropping from No. 5 all the way to No. 10. Two-loss LSU assumed Tennessee’s previous ranking, while USC moved up one spot to No. 6. Alabama, Clemson, and Oregon also all moved up one spot, to seven, eight, and nine respectively, thanks to Tennessee’s loss.

The Frogs are once again joined in the rankings by Big 12 bunk mates Kansas State (No. 12) and Texas (No. 23). The Wildcats and Longhorns are both hoping for a rematch against TCU in the Big 12 Championship, but Kansas State has the inside track. If Kansas State beats rival Kansas on Saturday, they earn a berth to the title game, while Texas needs to beat Baylor, and for Kansas State to lose.

Tulane reclaimed the mantle of highest-ranked Group of 5 school following Central Florida’s loss to Navy over the weekend.

Another big weekend approaches, as No. 2 Ohio State and No. 3 Michigan face off in The Game on Saturday, while No. 6 USC takes on No. 15 Notre Dame. The Fighting Irish have already played spoiler to one contender’s season, having beating Clemson just a few weeks ago. A win for Notre Dame would also end the Trojans’ hopes of playing for a national championship.

The loser of the Buckeyes-Wolverines matchup will likely fall out of the top four as well depending on how large the margin of victory is.

Meanwhile, the Frogs take on 4-7 Iowa State in their final regular season matchup. Should TCU take care of business on Saturday afternoon, all signs point to a higher ranking than the fourth spot heading into conference championship weekend.