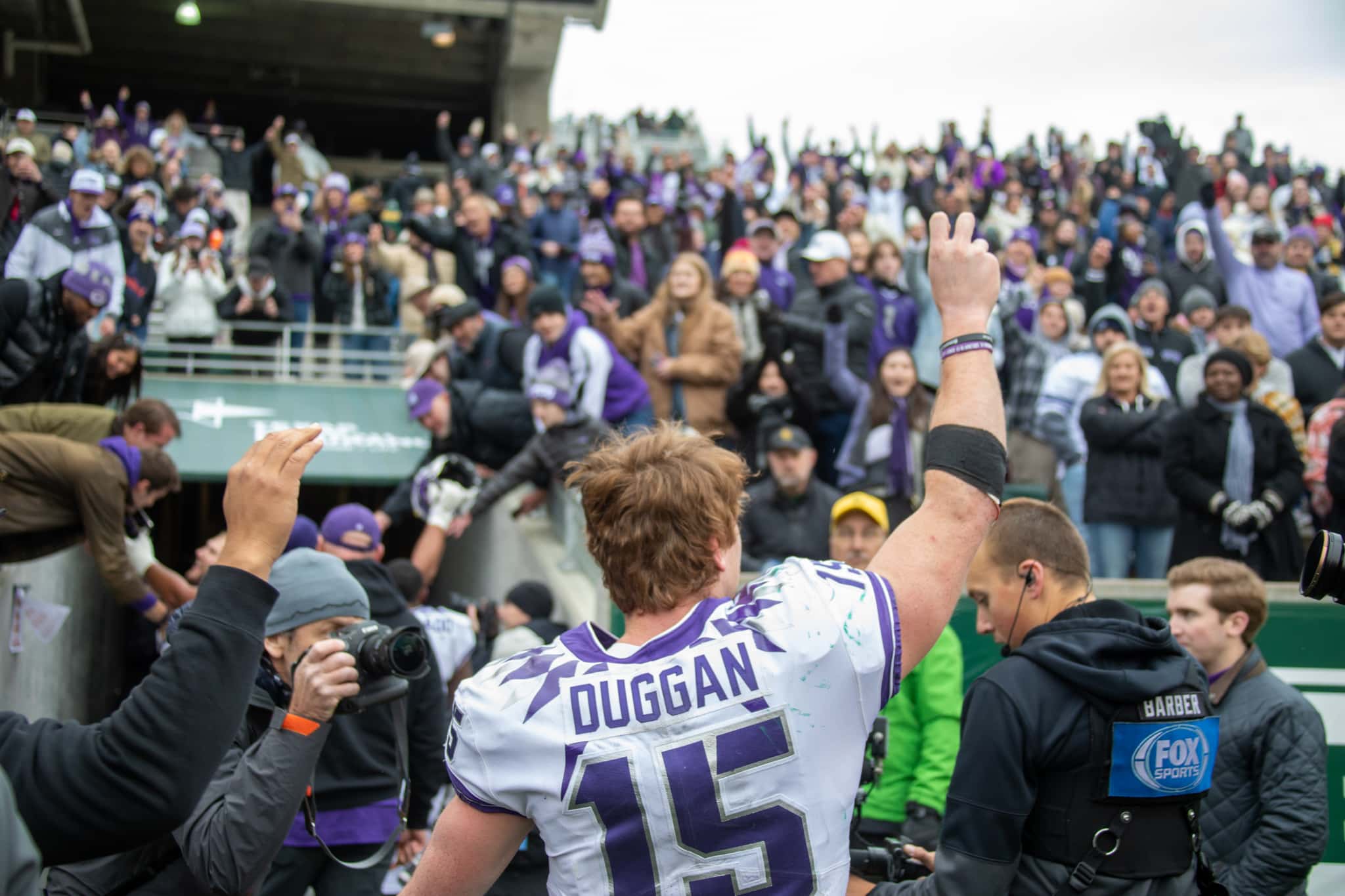 By Melissa TriebwasserNovember 21, 2022No Comments

Max Duggan struggled much of Saturday, but walked off the field a hero after executing the two-minute drill to perfection (Frogs Today/Melissa Triebwasser).

I watched Top Gun: Maverick on my flight to DFW on Friday night, a movie I wasn’t expecting to enjoy nearly as much as I did.

A line from that movie resonated with me Saturday night as I made the drive back toward DFW from Waco: “We’re going to need two miracles.”

Without spoiling anything for those of you that haven’t seen it, basically, a group of Top Gun pilots are given an impossible mission that’s very premise centers on doing something that simply can’t be done.

Well, can’t be done without a miracle or two.

Saturday afternoon, TCU faced an impossible task. With 2:07 on the clock, down two after a failed two-point conversion, the Frogs gave the ball back to a Baylor offense that had run over, through and past them for the better part of 58 minutes.

Miracle No. 1? Force a three-and-out.

Three plays, three timeouts and 8 yards later, the Bears punted. There were two minor miracles on that drive as well: Blake Shapen chose to scramble on third down, missing a wide open receiver that would have given Baylor a first down, and Millard Bradford sprinted off the field on the punt just in time to avoid a 12 men on the field penalty that would have give Baylor a first down and ended the game.

Max Duggan and TCU got the ball back with 1:34 remaining and no timeouts, and also missing his top two wide receivers and top running back.

On second down, Duggan found Taye Barber for 19 yards, bringing the Frogs to the 50, and the stadium started buzzing. A 9-yard completion to Savion Williams got TCU close enough to believe, and Duggan scrambled for 12 on third-and-1. The Baylor students, ready to stream past the safety fencing and dozens of security guards to rush the field, started to quiet down.

At this point, the Frogs were in field-goal range, but who trusts a college kicker on a freezing cold day from 40-plus yards out, who Especially one who had missed an extra point earlier in the day to put the team in this position?

With 17 seconds left, why did TCU just run the ball?

TCU fans, and the college world in general, now knows all about “Bazooka.” Both Jamie Plunkett and David Beaudin wrote about it in beautiful detail Saturday.