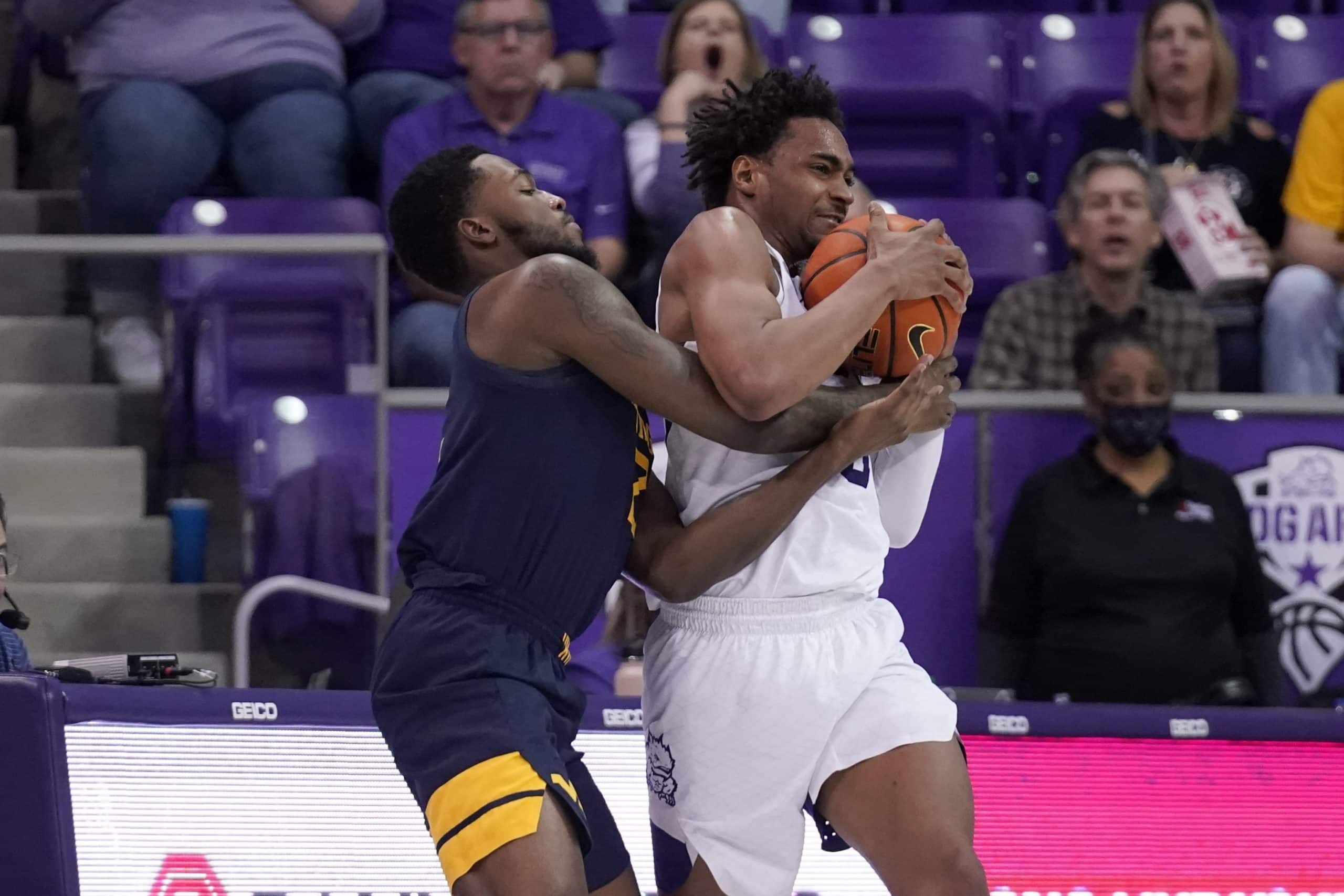 TCU is playing just about as well as any team in the Big 12 Conference, and no team is playing any worse the last-place West Virginia.

The Horned Frogs have will be playing their seventh game in 14 days Saturday when they face the Mountaineers at WVU Coliseum, a place where the Frogs have never won.

Mountaineers can be very adept at setting traps.

The Frogs must be on upset alert in their Big 12 finale.

A victory would leave them at 9-9 in conference play, tying the single-season school mark for most conference wins. A win would be their 20th, which has happened three times previously under coach Jamie Dixson.

TCU (19-10, 8-9) would also secure the No. 5 seed in the conference tournament and a first-round game Thursday against fourth-place Texas in Kansas City.

A loss probably wouldn’t hurt TCU’s chances at the NCAA Tournament, but a loss and another loss in the Big 12 tournament would give TCU three straight to end the season. At the very least, TCU wouldn’t have much momentum going into the Big Dance.

This one isn’t going to be a cake walk for the Frogs.

About TCU: The Frogs are coming off a 72-68 loss Thursday at Kansas in a game that was tied at halftime. Emanuel Miller led three TCU players in double figures with 18 points. Mike Miles Jr. was not one of the three after scoring a game-high 19 points in Tuesday’s home upset of Kansas. He scored only five points, none in the second half, on 2-of-12 shooting. His layup in the waning seconds that could have cut Kansas’ lead to one was blocked. … The Frogs still have six Quadrant 1 wins this season, their most since since the NCAA NET formula was first used in 2018-19. TCU has climbed from No. 46 to No. 44 in in the NET rankings despite the loss to Kansas.

About West Virginia: The Mountaineers are coming off a 72-59 loss Tuesday at Oklahoma in which they grabbed 16 offensive rebounds but shot only 37.7%. It was worse in the first half, when they shot 22.2%. … West Virginia has clinched the worst record in the conference and will be the No. 9 seed (Oklahoma State is ineligible for the postseason) in the conference tournament. The Mountaineers will play either Oklahoma or Kansas State on Wednesday in the play-in game. … The Mountaineers have been better at home, as is the case for all teams, and nearly upset Texas in their last home game last Saturday, losing 82-81 despite leading by as many as 10 in the second half.